The Israel Energy Ministry said talks would resume with its longtime foe over natural gas exploration in the eastern Mediterranean. 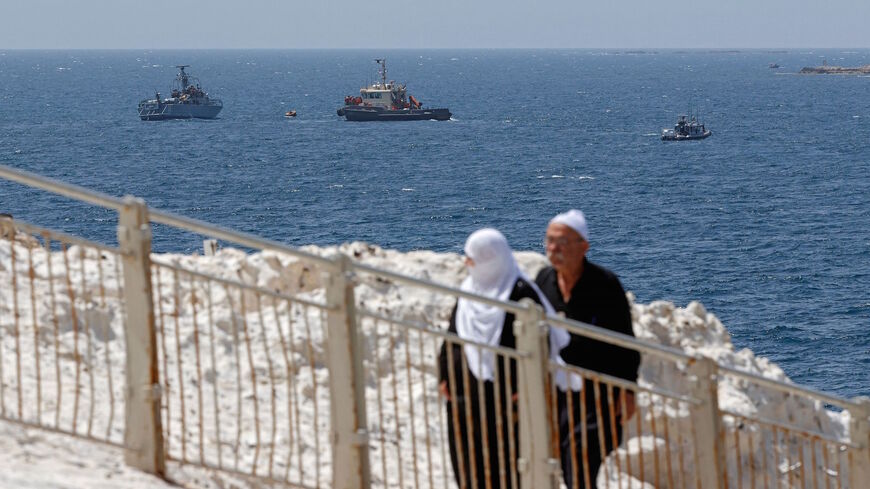 Israeli navy vessels patrol the Mediterranean waters off the coast of Rosh Hanikra, an area at the border between Israel and Lebanon, on May 4, 2021. - JACK GUEZ/AFP via Getty Images

Lebanon and Israel are still technically at war, but in early October 2020, the two sides held indirect talks aimed at reaching an agreement over an 860-square-kilometer stretch of the Mediterranean Sea. The talks between the longtime foes marked their first in 30 years.

The US-brokered negotiations over the disputed waters, which are believed to be rich in gas and oil, took place at the UN Interim Force in Lebanon base in Naquora. Israel then accused Lebanon of changing its demands, and the negotiations stalled after four rounds in November 2020. Indirect talks resumed in May 2021, but wrapped without any progress five hours later.

Israeli Energy Minister Karine Elharrar is expected to discuss the issue during a meeting next week with Amos Hochstein, the US State Department's senior adviser for energy security.

Israeli broadcaster Kan quotes an Israeli official as saying, “For us, the negotiations have never been stopped. But Lebanon must stop raising new demands.”

Lebanon is grappling with its worst financial crisis since its 1975-1990 civil war, and exploration in the gas-rich waters could provide much-needed revenue for the cash-strapped country.