Mosul women seek to erase their painful memories of IS by holding various activities for women. 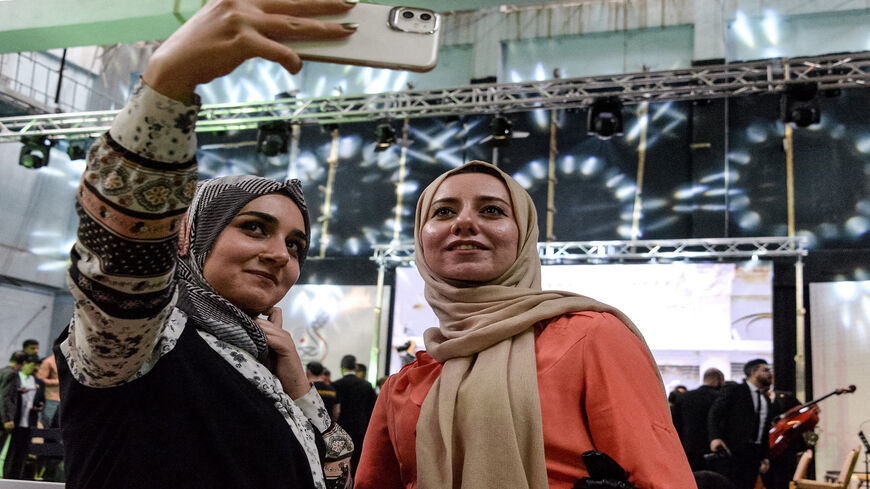 Women pose for a selfie after attending a performance by the Watar orchestral ensemble playing for the first time at the Spring Theater Hall, which was ravaged in the aftermath of the occupation by the Islamic State, Mosul, Iraq, April 8, 2021. - Zaid al-Obeidi/AFP via Getty Images 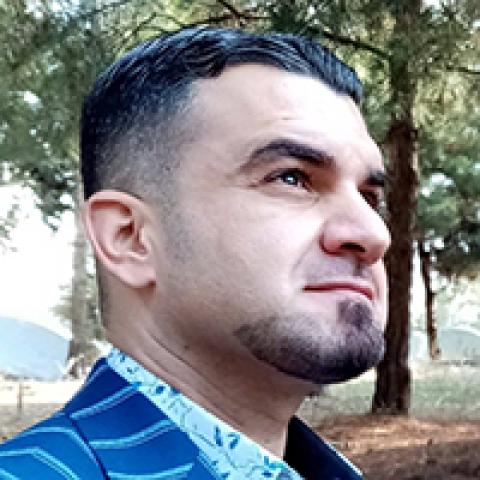 A bike marathon for women was held in Mosul April 12, with the participation of over 300 young women from the city. It is the second women's bike marathon after the first was organized by women’s organizations, with the same number of participants, on March 13, 2018, about eight months after Mosul was liberated on July 10, 2017.

After the Islamic State (IS) seized the city, the women of Ninevah governorate faced violence and persecution, since freedom of opinion and expression was restricted, and they could not move freely from one place to another on their own. They lost all their freedoms and rights and were denied access to health care and education. The Hisbah (morality police) office’s first decisions targeted women, forcing them to wear the niqab. Muslim women wear this piece of cloth, which covers the face and is often black, with the abaya to completely conceal the features of a woman’s body except for the eyes. In addition, clothing considered indecent and cosmetics were banned.

Once the city was liberated from IS, the women of Mosul were able to participate in youth competitions and events and hold art exhibitions to express the painful memories of the IS control of the city.

Saja Sabah, a 21-year-old woman participating in the marathon, told Al-Monitor that by organizing and participating in such events, the women of Mosul are trying to send a clear message to IS that they are not afraid of practicing their hobbies and have the strength to eradicate extremism.

Sabah said that these kinds of activities for women motivate them to embrace freedom and peace, away from IS’ beliefs.

Estimates indicate that Mosul had over 7,000 widows after IS was expelled, in addition to a large number of women who had lost the breadwinner of their family during the military operations in the city.

Social researcher Siham al-Shujairi told Al-Monitor that the activities in Ninevah are the “first space” for Mosul women to regain their freedoms after being liberated from the harsh life during IS' control.

She said, “Mosul women love life. They are giving and creative, and do not think about the extremist ideas that IS believes in. Through these activities, the women of Mosul will seek to solve the psychological complexes that the group had implanted in them, and rebuild their personalities with innovation and creativity, as well as participate in sports and arts activities at various levels.”

Shujairi noted that holding these activities in the future will motivate the women of Mosul and make them stronger and bolder to eliminate extremism, and to assure the world that they are against terrorism and have triumphed over the dark era that IS had brought upon them.

Ayad al-Tawafan, military expert and retired brigadier general in the Iraqi army, told Al-Monitor that the participation in activities such as bike marathons or art exhibitions confirms the love for life of the women in Ninevah governorate. “They have sent a clear message to IS that they will fight extremism, terrorism and intellectual intolerance, contrary to what it [IS] wants,” he said, describing the bike marathon event as a “great achievement” and the first step to leaving IS’ ideology behind and getting rid of it altogether.

He called for an increase in such activities in the future, especially arts, music and literature events, to eradicate IS intellectually, now that its presence has been eliminated militarily.

At the same time, Tawafan proposed to eradicate extremist ideology and raising awareness among the youth by emphasizing civil urbanization, humanitarian work and youth activities, especially those related to women who were viewed by IS as second-class citizens.

Speaking to Al-Monitor, Faten al-Ali, a presenter at a TV channel in Mosul who started working after IS was eliminated, echoed Tawafan’s belief that women have greater freedom now than during IS' control of the city between 2014 and 2017, and even prior to 2014.

She complained about the lack of government support for youth activities, especially those related to women, calling on the Iraqi government as well as the local authorities to support women to continue organizing and taking part in sports, arts and music events.

Ali called for the need of establishing feminist associations and unions concerned with women's issues, their activities, their intellectual creativity and their talents in order to continue such social activities that stimulate female creativity.

Alaa al-Azzawi, a civil activist and head of the gender department at Oxfam, a British organization, in Ninevah, told Al-Monitor these activities are clear and direct messages to IS from the women of Mosul that they have overcome extremism and are fighting it intellectually with activities that the group was rejecting.

Azzawi criticized government agencies for not supporting women to hold social activities, noting that these activities are organized exclusively with the diligence of women and with the support and encouragement of civil society organizations that have contributed to changing many extremist ideas in Mosul, especially with regard to women's rights.