The Israel Defense Forces said a missile was fired towards Israel's Negev desert from Syria, prompting an Israeli military response. 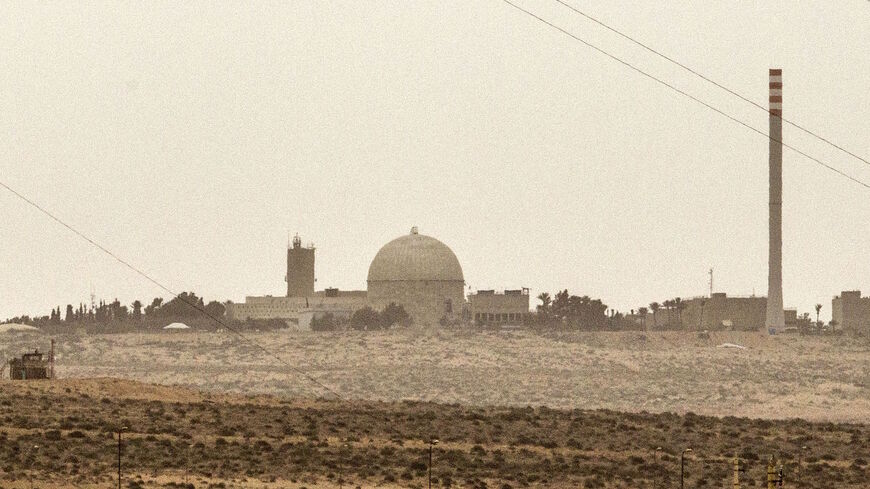 A picture taken on March 8, 2014 show a partial view of the Dimona nuclear power plant in the southern Israeli Negev desert. - JACK GUEZ/AFP via Getty Images

A loud explosion caused by a missile strike was heard in Israel early Thursday morning, followed by reports of Israeli airstrikes in Syria.

People in Jerusalem reported hearing a loud explosion on social media at around 2:00 am local time. Israeli media outlets said rocket sirens went off near Dimona in central Israel, where Israel’s nuclear reactor is. A missile landed near the nuclear site, which is located in the Negev desert, The Associated Press reported.

A video from the Hamas-affiliated Shehab Agency showed an explosion and a large flash of light in the sky.

Following the reports of the explosion, the Syrian government said that four soldiers were injured by Israeli airstrikes that hit outside of the capital Damascus and that they also caused material damage. The Syrian state media outlet SANA reported that the Israeli strikes hit at 1:38 am, which is close to the time of the initial reports of the explosion heard in Israel. Damascus and Jerusalem are currently in the same time zone.

“In response, we struck the battery from which the missile was launched and additional surface-to-air batteries in Syria,” the IDF said in a tweet.

The IDF did not say when the events took place.

Israel typically does not comment on its military actions abroad, making the IDF statement notable.

Syria’s claim that Israeli planes struck near Damascus at the same time or before the explosion was heard in Israel led to confusion over what exactly happened. An IDF spokesman told Israeli reporters that the missile was fired from Syria towards Israel while Israel was conducting airstrikes in southern Syria. Israel then targeted the launch site of the missile that landed near Dimona.

The surface-to-air missile the IDF described is commonly used for air defense. This has led to a theory that a Syrian air defense missile went errant and landed in Israel, according to the Associated Press. However, Dimona is located around 170 miles (275 kilometers) from Syria.

Syrian state media did not mention the missile that hit Israel in its reports, saying only Syrian air defense downed most of the Israeli missiles over Syria. The Syrian Foreign Ministry protested the Israeli attack to the United Nations today.

The incident comes at a time of heightened tensions between Iran and Israel.

Editor's note: April 22, 2021. This article has been updated since initial publication.