Shortly before the deadline for responding, Jerusalem tells the International Criminal Court it has no jurisdiction to open a probe against Israeli soldiers or Israeli decision-makers. 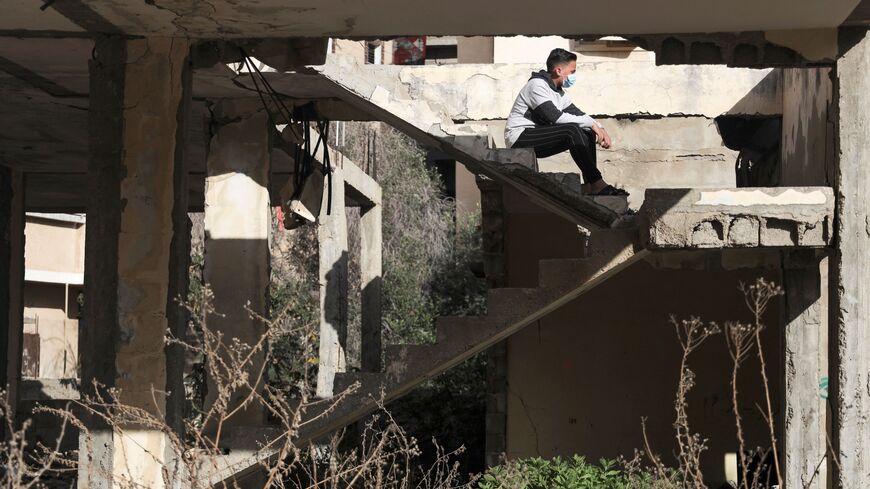 A Palestinian youth sits inside a building heavily damaged during the 2014 war between Israel and the Islamist movement Hamas, in Gaza City on April 9, 2021. Israel said it had formally decided not to cooperate with an International Criminal Court war crimes investigation into the situation in the occupied Palestinian territories. The ICC's chief prosecutor announced on March 3 that she had opened a full investigation into the situation in the Israeli-occupied territories, infuriating Israel, which is not a member of The Hague-based court. - MOHAMMED ABED/AFP via Getty Images

Israel sent a letter April 9 to the International Criminal Court in the Hague, saying the court has no jurisdiction to open a probe against it. The letter said the court is "acting without authority" in carrying out the probe. A statement issued by the office of Prime Minister Benjamin Netanyahu said, "Israel absolutely rejects the claim that it has carried out war crimes. Israel reiterates its unequivocal position according to which the court in The Hague lacks the authority to open an investigation against it. The unacceptable interference of the court lacks any legal basis and contravenes the goals for which it was established."

Prosecutor Fatou Bensouda had sent a notification letter to Israel at the beginning of March informing Jerusalem about her intention to open an investigation against Israel. The letter was reported to have covered three topics — the 2014 Gaza war, Israeli settlement policy, and the Great Return marches in Gaza in 2018 — demanding that Israel respond within 30 days.

Israel was offered either to cooperate with the upcoming probe or tp notify the court that the country was launching its own independent investigation. Apparently Jerusalem decided not to take up this latter possibility, fearing that such a move could be interpreted as recognizing Bensouda's authority to investigate Israel and forcing it to report to the court on the status of such an investigation every six months. It should be noted that Israel is not a member of the International Criminal Court, as it did not sign the Rome Statute. Israel also claims that the Palestinians do not qualify as a sovereign state and so lack the right to join the court.

Gantz told the Kan public broadcaster April 9, "It is not just a matter of the court's lack of technical-legal authority, but of justice and morality, of strict combat values, of truth and falsehood, of a democratic state with strong legal institutions, rules and law — in the face of a blind and unjust decision. The [court] investigation will make it difficult for us to develop our relations with the Palestinians.’’

On April 7, before the final decision on the Israeli response was made, Netanyahu said the court was essentially trampling on human rights. Speaking at a ceremony marking Holocaust Remembrance Day, Netanyahu said, "The court seeks to investigate Israel on absurd claims. There is no one more ethical than our soldiers and commanders. IDF [Israel Defense Forces] commanders are fighting Iran — and we're the ones being condemned. What hypocrisy. The Hague court's founding was inspired by the Nuremberg tribunal, which tried Nazi war criminals after World War II. But a body set up to defend human rights became a body that, effectively, protects those who trample on human rights."

Israeli President Reuven Rivlin traveled last month to Europe as part of Jerusalem’s diplomatic campaign against an International Criminal Court probe. Meeting with his German counterpart Frank-Walter Steinmeier, Rivlin said, "We trust our friends in Europe to stand by us in our fight against the misuse of the International Criminal Court in The Hague, against our soldiers and citizens."

Sources in Israel expressed disappointment over the April 2 decision by the United States to lift sanctions imposed by the Trump administration against personnel of the International Criminal Court. A Feb. 25 report claimed Netanyahu had urged President Joe Biden not to lift the sanctions. 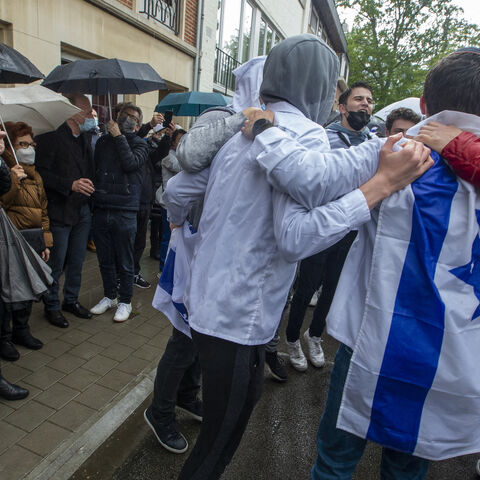