New parties have an uphill battle to compete in Iraq's political system. 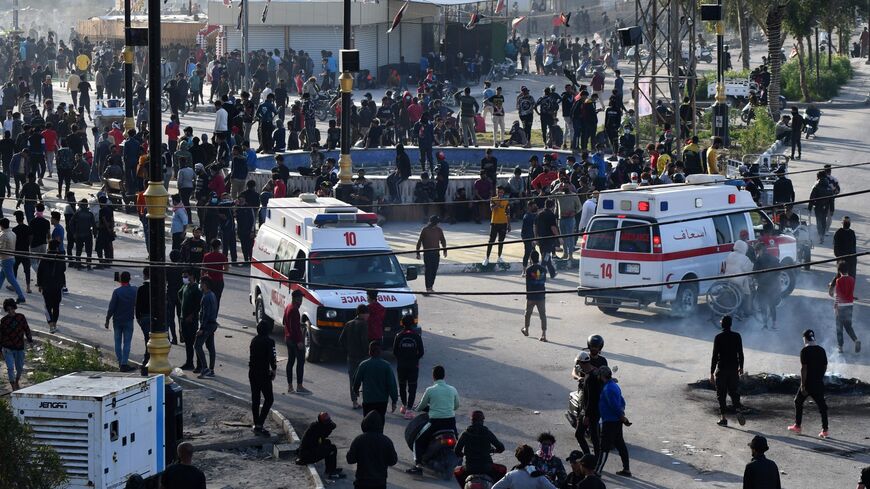 Political parties emanating from the protests that shook Iraq in October 2019 are dealing with financial crises that have delayed their registration with the Independent High Electoral Commission. Still, they have taken a new path to finance themselves, banking on private contributions from citizens.

The protest movement produced dozens of new parties as part of the protesters’ efforts to run in the elections rather than contenting themselves with just their role in the demonstrations.

They have taken the demands voiced in the October 2019 protests as their political programs to persuade demonstrators to collaborate with them and for citizens to support them with donations.

Yet numerous hurdles stand in their way.

Part of the issue is Iraq's political culture. After the Baath Party came to power in 1968, it banned rival parties from political activity and ruled the country under a one-party system; Iraq lost any multiparty tradition that it had.

Following the 2003 US invasion and the setup of a new system, parties in power have generally opted for clientelism — broadly defined as an exchange of goods and services for political support — to obtain votes in parliamentary and provincial elections.

It was not until 2015 that Iraq passed the political parties law. But it has numerous loopholes, and parliament has been discussing potential amendments for years.

The lack of a law regulating political parties’ work has resulted in the majority of the Iraqi parties in power being involved in practices such as obtaining funds through illegitimate channels. That is added to the lack of democratic access to positions within these parties and to particular figures or families seizing control over some of these parties’ decision-making.

The new parties are well aware of the obstacles they need to overcome, and that is why they strive to follow democratic practices within their organizations, give importance to each of their members’ votes and seek integrity in financing their daily activities and electoral campaigns.

Yet money is a major hurdle standing in the new parties’ way. The 2015 law requires that parties pay 25 million Iraqi dinars ($17,150)  in registration fees and to have a headquarters and some branches. A number of parties, however, have seemed incapable of doing this.

Some new parties have persuaded their members and supporters to make financial contributions so that the fees can be paid and offices established.

For instance, the al-Beit al-Watani (National Home) Party, which ensued from the protests, launched a campaign to collect 25 million dinars. In less than two months, the party secured more than the targeted sum and is currently finalizing the registration process with the commission.

The Emtidad Movement, which a number of protesters set up in Iraq's southern Dhi Qar province, has completed the registration process. It paid the fees and inaugurated its headquarters in Baghdad thanks to the contributions collected from its members and supporters.

The two newly founded parties complain about the political culture of Iraq's parties, accusing them of using public funds to finance themselves, open headquarters, pay registration fees and run in elections.

Hussein al-Gharabi, a founder of al-Beit al-Watani, told Al-Monitor, “The newly established parties’ task is not only limited to reforming the political system. They also need to reform Iraq’s partisan life that was destroyed by the parties as they plundered public funds to facilitate their own affairs.”

He added, “The mainstream parties tarnished the image of the political parties as political institutions in the eyes of the Iraqis. It is our job to polish that image by persuading the people to join political parties and partake in political activity. That is added to convincing them of the need to pay membership fees.”

“The people have been responsive so far with the fundraisers of Beit Watani, and we hope they continue to be in the future,” he said.

Haidar Hawas, a member of the Emtidad secretariat, complained about the lack of funds, although he told Al-Monitor that the donations it has received would allow it to be active.

Emtidad’s Facebook page, administrated by Alaa Rikabi, a political activist from Dhi Qar, shows the party's determination to run in the elections, calling on the citizens to update their data with the commission.

Al-Beit al-Watani has yet to decide whether to run in the elections, as the party continues to struggle with the registration procedures.