The Iranian president said his country possesses the know-how to enrich uranium at the weapons-grade 90% level, but he declared that Tehran is not in pursuit of nuclear bombs. 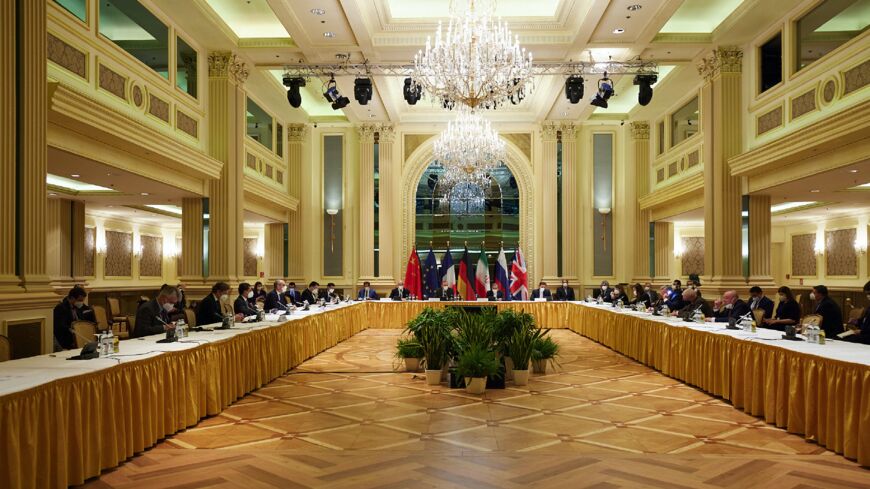 Two days after lifting its uranium enrichment to the 60% level, Iran said it is capable of even further raising the rate to 90%, which is sufficient for the production of nuclear bombs. Tehran, however, renewed a pledge not to seek such weapons.

“Today, if we want to, we are able to enrich uranium at the 90% level, but we are honoring our own commitment not to go after bombs,” Iran’s President Hassan Rouhani said at a televised Cabinet meeting April 15.

Rouhani was attempting to allay Western concerns that have been expressed after Tehran's announcement that it was starting enrichment at the 60% level. "What you do have in your heads about us paving the way to develop a bomb is absolutely wrong."

The comments were reminiscent of remarks back in February from Iran’s Supreme Leader Ayatollah Ali Khamenei, who said Tehran was not seeking nuclear weapons, but it will not be restricted to the 20% level either. Khamenei warned that Iran's enrichment could go as high as 60% “if need be.” Less than two months later, Iran declared on Tuesday the 60% level was in the pipeline.

Tehran says the decision to triple the degree was its first response to what Iran deems to be Israeli sabotage at its Natanz nuclear facility last week. Thousands of centrifuges, according to some Iranian officials, are believed to have been crippled as a result of the attack.

The sabotage was also expected to overshadow talks on the revival of the Iran nuclear deal between the Islamic Republic and the accord’s remaining members in Vienna April 15. A day before the resumption of the meetings, Khamenei strongly advised the Iranian team to avoid erosive talks in which “the US is not to accept some truth, rather to impose some falsehood.”

Upon arrival in Vienna, head of the Iranian negotiating team Abbas Araghchi borrowed from Khamenei’s terminology, along with a stern warning for the other parties that “if the talks move toward attrition, we will stop them.”

While the talks were still planned to continue at expert levels, the Israeli-blamed attack on the Natanz facility appeared to have cast its own shadow. Araghchi said he had expressed his complaint with the European delegations at the meeting about their “weak reactions” to the Natanz incident. According to the Iranian media report, the Iranian diplomat made it clear to the European sides that they need to “unanimously condemn this act of nuclear terrorism without any political considerations.”