One of the most powerful members of President Hassan Rouhani's inner circle has stepped down as the repercussions of a leaked audio file containing controversial statements by Iran's foreign minister continue to shake the country's political scene. 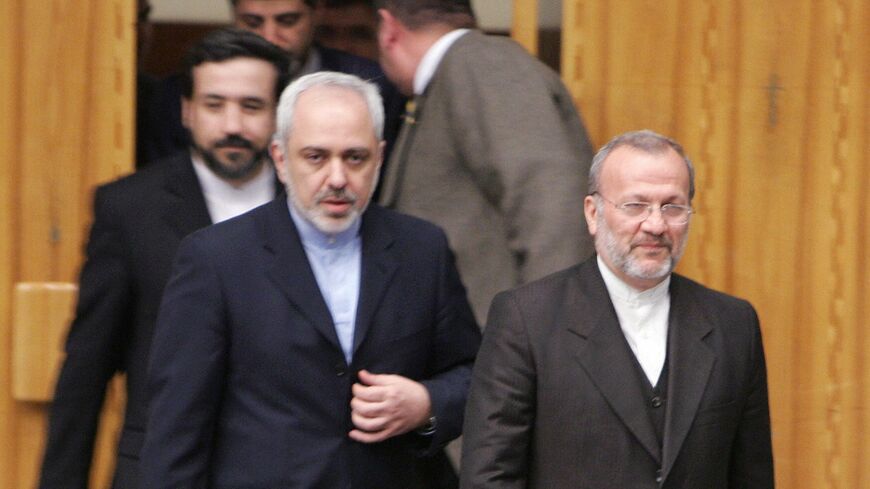 Hesamoddin Ashena, a longtime aide to Iranian President Hassan Rouhani and an influential member of his office, has resigned, according to reports circulated across Iranian media April 29.

Rouhani appointed government spokesman Ali Rabiei as the director of the Center for Strategic Research, affiliated with Iran's Presidential Office, where an interview with Foreign Minister Mohammad Javad Zarif was conducted for confidential archives but was leaked to foreign-based Persian media last week.

In the audiotape, Zarif is heard revealing Russian influence on Iranian foreign policy. His unprecedented criticism of how the slain commander of Iran's Quds Force, Qasem Soleimani, manipulated Iranian diplomacy has particularly highlighted divisions within the corridors of power in Tehran.

In his letter of appointment addressing the center's new director, Rouhani ignored the common Iranian administrative tradition by expressing no acknowledgment of Ashena's service, fueling speculation that Ashena had been dismissed.

A cleric by education, Ashena has been an outspoken defender of the Iranian president against his relentless hard-line critics. As Rouhani's media adviser and campaign manager, Ashena has also seen his political career intertwined with unending controversy.

Ever since the file was leaked, Ashena has been trying in vain to keep at bay the barrage of attacks from Iran's conservative media, which were quick to point the finger of blame at him as the "main culprit" in the fiasco.

Even before the leak, hard-liners never stopped targeting Ashena for alleged links to "hostile" foreign-based Persian outlets. They particularly implicated him in the leaks of confidential documents to Paris-based journalist and whistleblower Rouhollah Zam, who was lured into an Iraq trip by the Islamic Republic's intelligence apparatus in October 2019 and executed a year later. The hard-liners, however, never managed to bring formal charges against the Rouhani adviser over the claimed connections to the dissident journalist.

A furious Rouhani argued during a televised Cabinet meeting Wednesday that the audiotape scandal was meant to derail the ongoing talks in Vienna over the revival of the Iran nuclear deal that could lead to the removal of US sanctions against the Islamic Republic. The Iranian president is facing a race against the clock to reinject life into the deal and the Iranian economy, whose downturn has been costly to his popularity. The election to choose Rouhani's successor takes place June 18.

Zarif is under mounting pressure from Soleimani loyalists to explain his statements on the audiotape rather than just issue a formal apology. The veteran diplomat has also faced the rebuke of the upper echelons of the Islamic Republic, including Islamic Revolutionary Guard Corps commander Hossein Salami and the chief justice, Ibrahim Raisi.

Mystery still shrouds the lead saga and the scandal seems to have every potential to affect the trajectory of the presidential election. Iran's Reformist camp, which was increasingly counting on Zarif to run for president, may be seeking another candidate as there are now open calls for their dream candidate to step down as the nation's top diplomat. For example, Manouchehr Mottaki, a former foreign minister Zarif served under, said after the leaked interview that Zarif has lost his qualifications to continue in his post. "The price he has to pay is resignation," Mottaki said.