The Saudi-led coalition said it intercepted drones fired at southern Saudi Arabia but did not confirm an attack on the Aramco oil facility. 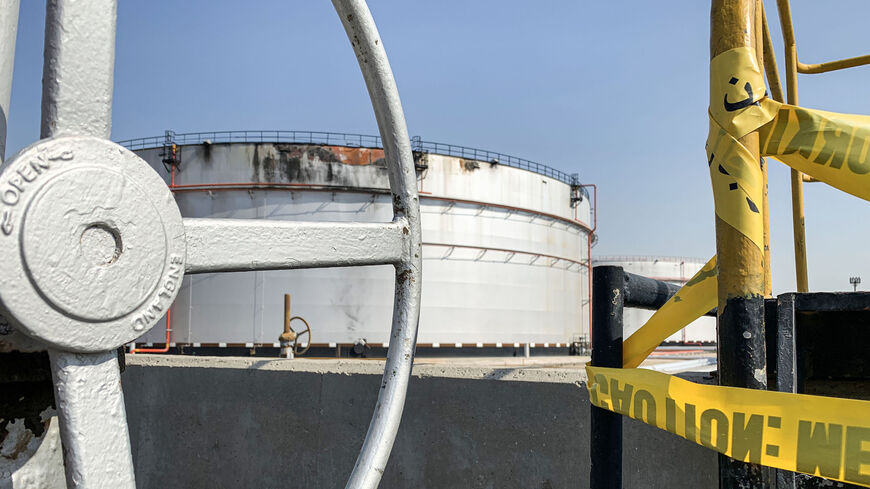 This picture taken on Nov. 24, 2020, shows a view of a damaged silo at the Saudi Aramco oil facility in Saudi Arabia's Red Sea city of Jeddah. - FAYEZ NURELDINE/AFP via Getty Images

Yemen’s Houthi rebels claimed to have fired bomb-laden drones on an oil facility and an air base in southern Saudi Arabia, the latest in a series of cross-border attacks targeting the kingdom.

Houthi military spokesman Yahya Sarea tweeted on Friday that the Iran-aligned group targeted “important and sensitive locations “ at the King Khalid Air Base in the southwestern Saudi city of Khamis Mushait, as well as an oil site owned by Saudi Aramco in the Red Sea city of Jizan.

The alleged attacks came in retaliation for “the aggression escalation and the ongoing blockade of Yemen,” Sarea said.

Reuters reports that the Saudi-led coalition in Yemen said it downed two Houthi drones launched toward southern Saudi Arabia and Khamis Mushait, but did not confirm an attack in Jizan.

The Houthi rebel group has carried out near weekly attacks in recent months against Saudi Arabia, which since 2015 has led a military coalition in Yemen fighting to restore the internationally recognized government. The Iran-aligned rebel group has launched explosive-laden drones and missiles toward a number of Saudi military installations, oil facilities and civilian sites, a majority of which have been intercepted by the kingdom’s air defenses.

The Houthis, who control the capital Sanaa and much of northern Yemen, recently rejected a US-backed Saudi cease-fire proposal on the grounds that it didn’t go far enough to lift the blockade imposed by Saudi Arabia on parts of the country.

US envoy for Yemen Tim Lenderking and his UN counterpart Martin Griffiths have been meeting with the rival parties in hopes of securing a truce. But the Houthis’ advance on Marib, the Yemeni government’s last stronghold in the north, could undermine diplomatic efforts and unleash another wave of displacement in a country already considered the site of the world’s worst humanitarian crisis.

In a congressional hearing this week, Lenderking said that the Houthis’ renewed offensive on the gas-rich region of Marib that began in early February “is the single biggest threat to peace efforts.”

He added that the administration’s “greatest fear” is that Americans living and working in Saudi Arabia could be killed in Houthi cross-border attacks and that preventing such attacks is a US priority.