The spate of attacks comes a day after the Houthis claimed a missile attack on a Saudi oil facility in Jeddah. 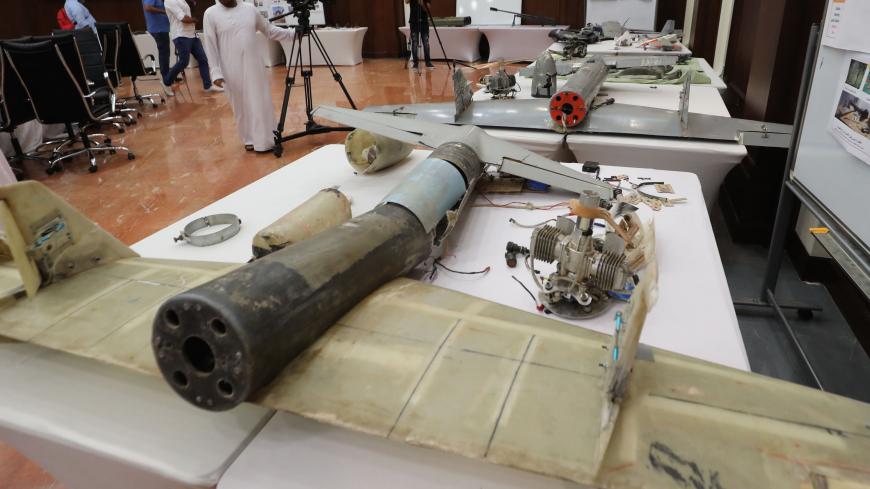 Pieces of Iranian-made Ababil drones are displayed in Abu Dhabi in the United Arab Emirates on June 19, 2018. Emirati armed forces officials said the drones were used by Houthi rebels in Yemen in battles against coalition forces led by the UAE and Saudi Arabia.

The Saudi-led coalition in Yemen says its downed six armed drones fired by the Houthis on Friday, the latest in a surge of rebel attacks on the Gulf kingdom.

In a statement carried by Saudi state news agency SPA, Malki added that the armed drone was the sixth thwarted by the coalition since Friday morning.

The Iran-aligned rebels have upped their attacks on neighboring Saudi Arabia in recent weeks, launching near-daily missiles and explosive drones across the border. The latest drone attacks come a day after the Houthis said they fired a winged Quds-2 missile at a Saudi oil plant in the Red Sea city of Jeddah.

The Houthis have been battling Riyadh since 2015, when Saudi Arabia assembled a Western-backed coalition of Sunni Arab states to intervene in Yemen's war after the Houthis wrested control of the capital and expelled the internationally recognized government. Over half a decade of civil war has killed more than 100,000 people, pushed the country to the edge of famine and created what the United Nations calls the world's worst humanitarian crisis.

The Houthi escalation follows President Joe Biden’s announcement last month that he would be ending support for the coalition’s offensive operations in Yemen and halting relevant arms sales. Biden also revoked the Donald Trump administration’s terrorist designation of the Houthi rebels, citing concerns the blacklisting could interfere with the delivery of critical humanitarian aid.

But following a spate of Houthi cross-border attacks, the US Treasury on Tuesday announced new sanctions on two Houthi military leaders, Mansur al-Saadi, the head of the Houthis’ naval forces, and Ahmad Ali Ahsan al-Hamzi, head of the rebels’ air force.

The rebels are meanwhile pressing ahead with an offensive on the gas-rich Yemeni province of Marib, which until now was mostly spared from the grueling conflict. The United Nations has warned of a looming humanitarian crisis if the Houthi offensive on Marib, the last major stronghold of the Saudi-backed government, is successful. Some 2 million internally displaced people live in the region and they will have nowhere safe to flee, aid groups warn.