The attack comes less than a week after the US administration announced it was rescinding the Iran-aligned group's terror designation. 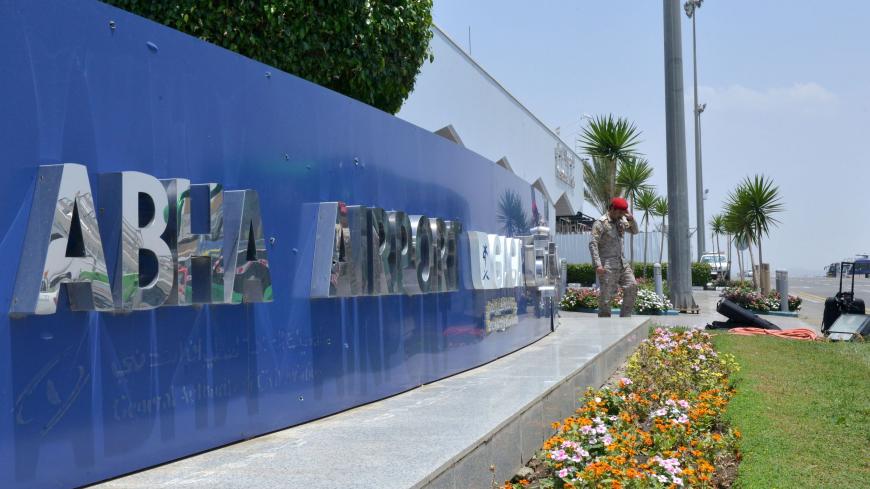 A picture taken during a guided tour with the Saudi military on June 13, 2019, shows the welcoming sign at Abha airport in the popular mountain resort of the same name in the southwest of Saudi Arabia, one day after a Yemeni rebel missile attack on the civil airport wounded 26 civilians. - FAYEZ NURELDINE/AFP via Getty Images

The Houthi rebels in Yemen have claimed responsibility for a drone attack that the Saudi-led coalition said caused a small fire at an airport in southwestern Saudi Arabia.

A spokesperson for the Iran-aligned group said the Houthis flew four armed drones to the Abha airport, which the Houthis targeted because they believe it to be military rather than civilian infrastructure.

“This targeting comes in response to the continued aerial bombardment and the brutal siege on our country,” said spokesperson Yehia Sareai.

The Houthis are battling a Saudi-led military coalition, which intervened in Yemen's civil war on behalf of the internationally recognized government in 2015. Since seizing the capital, Sanaa, the Houthis consolidated their control over much of the country and have now renewed their offensive on the oil-rich Marib province.

In a statement carried by the Saudi Press Agency, coalition spokesman Turki al-Malki described Wednesday’s attack, which set fire to a civilian plane, as one that deliberately targeted Yemeni civilians.

“Joint Coalition Forces have intercepted and destroyed this afternoon two bomb-laden UAVs launched systematically and deliberately by the terrorist Houthi militia to target civilians and civilian objects in [the] southern region,” al-Malki said.

The minister of information in Yemen’s Saudi-backed government, Moammar Al-Eryani, described the airport attack as “cowardly.”

The attack, he said, according to Arab News, amounts to a “full-fledged war crime, and is an extension of the terrorist attacks carried out by the Houthi militia with Iranian weapons and experts that have targeted residential neighborhoods, airports, ports and energy infrastructure.”

The Saudi military said on Sunday it had intercepted and destroyed four armed drones fired by the Houthis. The weekend’s cross-border attack prompted the US State Department to issue a statement calling on the Houthis to “refrain from destabilizing actions” and work with UN special envoy Martin Griffiths on a political resolution to the conflict.

Days before, the US administration announced it was removing the Iran-aligned group's formal terrorist designation in a move hailed by aid agencies, who said the previous administration's Houthi blacklisting could complicate their life-saving work.

As part of his broader commitment to ending the nearly seven-year war, President Joe Biden announced last week he was cutting off US support for the Saudi-led coalition’s offensive operations in Yemen that war monitors say are responsible for thousands of civilian casualties. During his foreign policy speech, Biden also pledged to continue defending Saudi Arabia’s sovereignty, citing missile attacks, drone strikes and other threats from Iran and its regional proxies.

The Houthis were also widely blamed for a December rocket attack on an airport in the southern city of Aden that killed and injured dozens. The attack came as Yemen's new cabinet had arrived at the airport from Riyadh, where they were sworn in under a power-sharing deal between the Saudi-backed government and the secessionist Southern Transitional Council.

The rebels denied involvement in the attack, but an analysis released this week from investigative outlet Bellingcat showed that the missiles were fired from Houthi-controlled territory.