US calls on Yemen's Houthis to halt attacks on Saudi Arabia

Saudi Arabia said it intercepted four armed drones launched toward the kingdom by the Yemeni rebels. 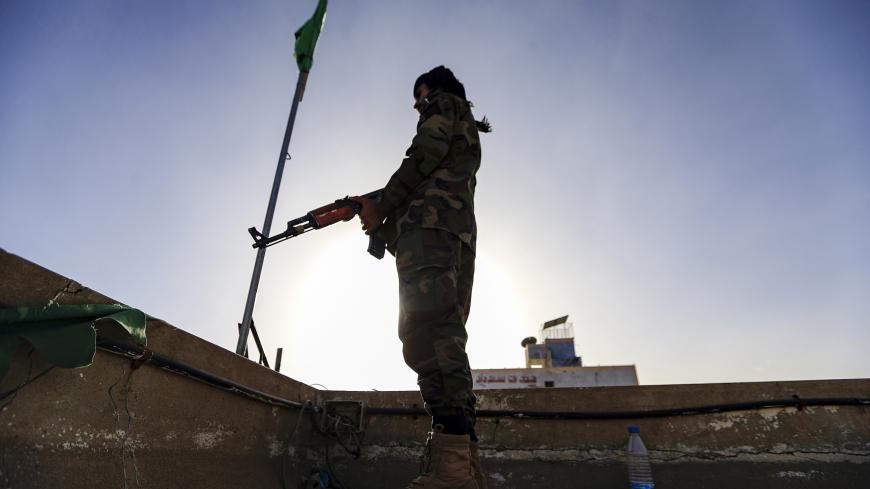 A member of security forces loyal to Yemen's Houthi rebels stands guard as supporters attend a rally denouncing the United States and the outgoing administration's decision to apply the "terrorist" designation to the Iran-backed movement, in the Houthi-held capital Sanaa on Jan. 25, 2021. - MOHAMMED HUWAIS/AFP via Getty Images

The United States is “deeply troubled” by recent attacks carried out Yemen's Houthi rebels, the State Department said Sunday, days after the administration announced it was removing the Iran-aligned group's formal terrorist designation.

The Saudi military intercepted and destroyed four armed drones heading in the direction of southern Saudi Arabia, a spokesman for the Saudi-led coalition in Yemen told state media outlets on Sunday, accusing the Houthis of using the UAVs to deliberately target civilians.

The rebel group has not taken credit for the cross-border attack. But the Houthi movement, which controls the capital Sanaa and much of northern Yemen, has claimed responsibility for previous missile and drone attacks targeting its rival, Saudi Arabia.

Last month, the coalition said it intercepted a “hostile air target” launched toward the Saudi capital, Riyadh. In late December, the Houthis were blamed for a rocket attack on an airport in the southern Yemeni city of Aden that killed and injured dozens of people.

“We call on the Houthis to immediately cease attacks impacting civilian areas inside Saudi Arabia and to halt any new military offensives inside Yemen, which only bring more suffering to the Yemeni people,” State Department spokesperson Ned Price said in a statement on Sunday.

Last week, President Joe Biden announced an end to US support for Saudi Arabia’s air war against the Houthis in Yemen. Since 2015 the United States has provided logistical assistance and intelligence to the Saudi-led coalition, which war monitors blame for thousands of civilian casualties.

On Sunday the State Department urged the Houthis to “refrain from destabilizing actions” and to constructively engage with UN special envoy Martin Griffiths on a political resolution to the conflict.

Griffiths is currently in Tehran for a two-day visit aimed at shoring up support for a nationwide cease-fire, urgent humanitarian action and a revived political process, his spokesperson told Arab News. The visit marks his first to Iran since becoming the United Nations’ Yemen envoy in 2018.

After nearly seven years of fighting, the war in Yemen has created what the United Nations calls the world’s worst humanitarian crisis. An estimated 80% of the population — more than 24 million people — rely on humanitarian assistance to survive. Parts of the country are experiencing famine-like conditions, fuel prices have soared and the coronavirus continues to spread unchecked.

The Biden administration also formally notified Congress Friday that it plans to rescind a Trump administration decision to designate the Houthis as a foreign terrorist organization. Relief agencies operating in Yemen had warned the Houthis’ blacklisting would complicate their ability to deliver life-saving aid.