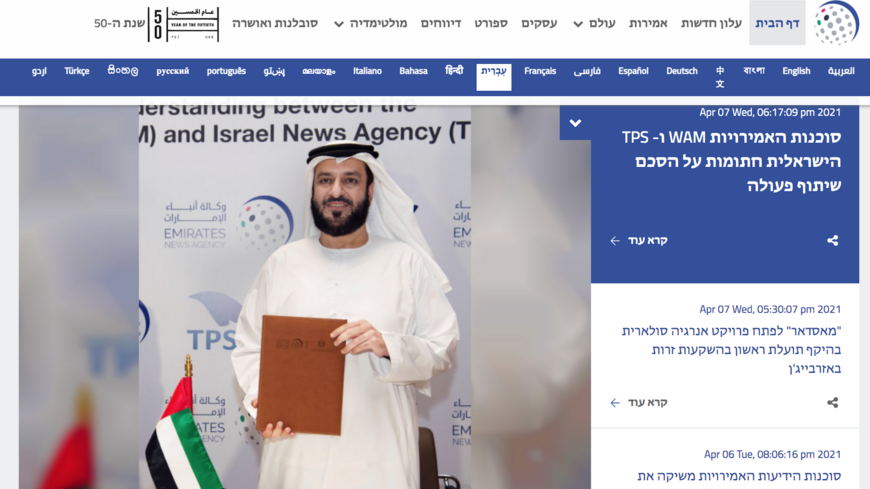 The United Arab Emirates’ state media outlet has signed a cooperation agreement with an Israeli news wire service. Emirates News Agency has also launched a Hebrew-language website in the latest sign of strengthening ties between Israel and the UAE.

Emirates News Agency and Tazpit Press Service signed a “professional cooperation and news exchange” agreement, the agency reported on Wednesday. The two outlets will exchange print, audio and visual content as well as best practices between their staff. Tazpit is a nonprofit news agency that distributes content from Israel to other outlets around the world.

Israel and the United Arab Emirates established full relations in September as part of the US-brokered Abraham Accords. The Emirates was only the third country in the Arab world to recognize Israel. Since the deal, entities in the two countries have signed a flurry of business and cultural agreements pledging to work together.

The agreement is significant because many Arab media outlets do not operate in Israel due to the lack of relations between Israel and most Arab states. A notable exception is Qatar’s Al Jazeera, which has covered Israel on the ground for more than a decade.

An Arab state media outlet with content in Hebrew is also unique, though the Syrian state SANA news agency also notably has a Hebrew page.