The rugby sevens match in Dubai is the latest example of the strengthening of relations between Israel and the UAE and shows a shift in Israel's sports relations with other regional states. 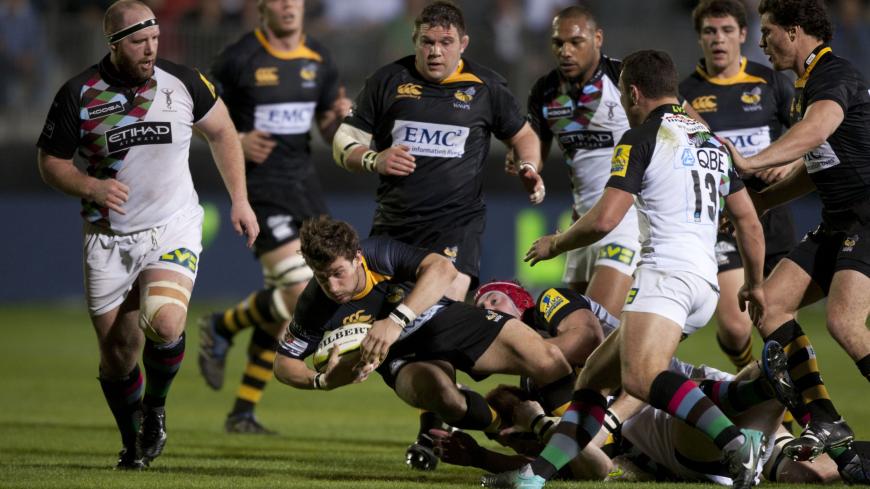 Dominic Waldouck of the London Wasps is tackled during a match between the Wasps and the Abu Dhabi Harlequins at the Emirates Palace Hotel on Jan. 30, 2011, in Abu Dhabi, United Arab Emirates. - Jack Dabghian/Getty Images

The Israeli and Emirati rugby teams will play their first ever match this week. It is the latest example of the strengthening ties between the two countries following their historic normalization agreement.

Israel and the UAE established full diplomatic relations last year as part of the US-brokered Abraham Accords. The UAE was the first country in the Arab world to recognize Israel in 26 years. The agreement led to Bahrain and Morocco later establishing relations with Israel. Entities in Israel and the UAE have signed a flurry of agreements to further economic cooperation since the accords.

Rugby is not the first sport to feature in Israel-UAE ties. In December, an Emirati sheikh purchased a stake in the Beitar Jerusalem soccer team. The move was significant because Beitar is known for its right-wing nationalist fans, some of whom espouse anti-Arab racism.

Soccer is the dominant sport in the Middle East. Rugby, which is common in the countries of the former British Empire, is growing in the region, however. There are rugby teams in Iraq, Jordan, Lebanon and elsewhere. In many Middle Eastern countries, both men and women play the sport. Each year, Dubai hosts the Emirates Dubai 7s rugby tournament.

The Israeli and Emirati teams will play rugby sevens Friday. This seven-a-side, fast-paced version of rugby is relatively more popular in Asia than the traditional 15-on-15 version. After playing each other’s national teams, the Israeli and Emirati players will mix into two new teams, each featuring players from both countries, for more matches. The UAE team is calling the event a “friendship tour,” the United Arab Emirates Rugby Federation said in a press release.

An Israeli rugby team competing in Dubai is significant because of Israel’s history in Middle East sports. Most Arab states do not recognize Israel, meaning their teams do not typically compete against one another. This has led Israeli basketball teams to compete in Europe.

The Israeli-Palestinian conflict sometimes creates tensions when Israeli and Arab athletes do meet. In 2016, an Egyptian judo competitor refused to shake hands with an Israeli opponent at the Olympics. Egypt was the first Arab country to recognize Israel.

Cooperation between Israel and the United Arab Emirates in sports preceded the normalization. In 2018, the UAE agreed to allow the Israeli team to fly its flag at a judo competition in Abu Dhabi. The year prior, the UAE did not allow the Israeli flag to be flown. Earlier in 2018, the International Judo Federation penalized the UAE and also Tunisia for discrimination against Israeli judo competitors at events.