While trade is a pillar of the nascent ties between Israel and the Emirates, civil groups on both sides are finding plenty of common goals and joint projects to pursue. 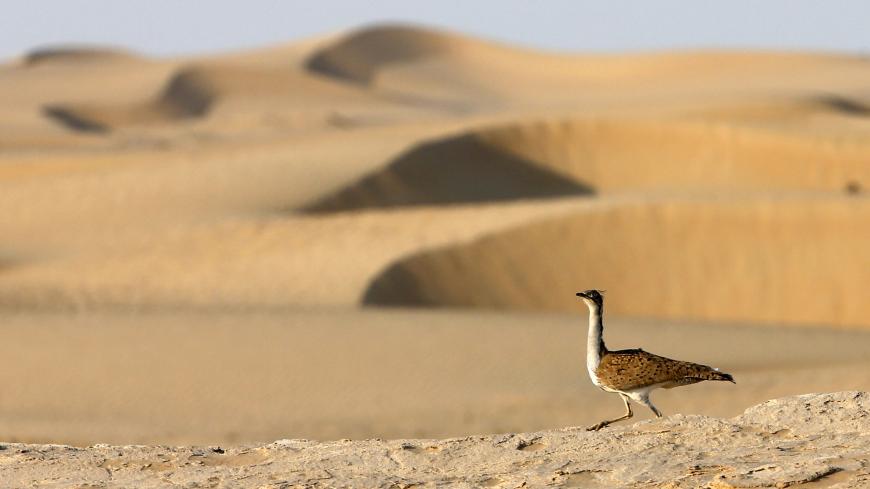 As Israeli legislators from across the political spectrum sent well wishes to the United Arab Emirates on its 49th National Day yesterday, Israeli artists also congratulated their new Middle East friends. French-Israeli singer Ishtar recorded a special greeting in Arabic. Singer Eyal Golan, actor Sasson Gabai and musician Aviv Geffen sent their greetings in English. "I am so glad we are all part of one family, which is the peace family," said Geffen.

Normalization between Israel and the United Arab Emirates is being driven first and foremost by common diplomatic, security and economic interests. Every day we hear about new economic joint ventures and delegations of business people visiting each other. Still, ties between the civil societies, universities and non-profit groups are also advancing, arguably even faster than bilateral trade.

The Abu Dhabi Film Commission, the Israel Film Fund and the Jerusalem Sam Spiegel Film & Television School announced two months ago they had reached an agreement for cooperation in the fields of film and television. A joint statement published less than a week after the Sept. 15 normalization ceremony at the White House read, "Under the new agreement, the film commissions will create an intercultural cooperation, creating content with the goal of promoting tolerance, education and developing a deeper cultural understanding between the Emirati and Israeli people."

The agreement establishes joint film workshops and training initiatives and lays plans for a regional film festival that would alternate between the two countries, showcasing Israeli and Emirati productions and co-productions.

The Jerusalem Sam Spiegel Film School is considered Israel’s leading institution of its kind, and its graduates man the helm of the booming Israeli film industry. For several years now its Great Master’s visit program has regularly hosted renowned filmmakers and encouraged its students to participate in programs abroad. Still, the school considers the Abu Dhabi agreement a unique opportunity for Israeli film students and is keen on advancing this new partnership.

Sam Spiegel's enthusiasm is certainly shared by its Emirati counterparts. Abu Dhabi Film Commissioner Hans Fraikin said, “This new partnership between the UAE and Israel will be extremely beneficial for our burgeoning Emirati film and television community by allowing our talented content creators to broaden their landscapes and develop skills from diverse expertise.”

Not counting bilateral trade, the world of cinema is not the only domain to benefit from normalization. In another interesting cooperation initiative, an agreement was signed in November between the International Fund for Houbara Conservation in Abu Dhabi and the Israel Nature & Heritage Foundation to collaborate on conservation work in Israel. The Nov. 23 memorandum of understanding outlined cooperation in the next five years on research and field efforts to save the African Houbara bird and other endangered species.

In a communique shared with Al-Monitor, Vilnai said, "Through the agreement, the Israel Nature & Heritage Foundation will benefit from the vast knowledge accumulated by the International Fund for Houbara Conservation about the biology, behavior and population movements of the houbara and other species and from the fund’s expertise in conservation and rehabilitation of natural habitats."

Shaul Goldstein is the director of the Nature and Park Authority, under which the Nature & Heritage Foundation operates. He too was thrilled over the agreement signed with the Emirates, inviting these future partners to visit Israel and to consider additional forms of cooperation.

A third non-commercial initiative for cooperating with the Emirates came from the Ministry of Health. On Aug. 24, even before the normalization agreement was official, the Israeli and Emirati health ministers agreed to cooperate. Health Ministry director Hezi Levi visited the Emirates on Aug. 31 to discuss cooperation in battling obesity and fighting the coronavirus pandemic as well as medical training programs and student exchanges. They also discussed cooperation in emergency situations.

On Sept. 10, representatives of the nonprofit Rachashei Lev organization, which supports children with cancer, visited the Gold International Cancer Center in Dubai. An agreement between two will facilitate exchange of both knowledge and volunteers. "We are proud and excited to take part in the historic peace agreement between Israel and the UAE. As part of the first official medical delegation from Israel, we were invited to examine advanced medical technologies and groundbreaking treatments. We are so excited about this new deal, as we know it will serve as a fantastic tool in the development of new and innovative treatments for our heroic children," the group posted on Facebook.

Last but not least comes sports. Israeli athletes have been ostracized in past years by Arab athletes who refused to compete against them and by Arab countries who refused to host them for events. On Oct. 23, the two countries' soccer leagues signed a memorandum of understanding to bolster cooperation. Two days later, the Israeli team Maccabi Haifa announced a cooperation agreement with the Emirates' Al-Ain. The two teams plan to meet soon for a friendly match in Abu Dhabi. Senior officials from the soccer associations of both countries are also in close contact. For them, as well, a friendly game between the two national soccer teams is just a question of time.