On the heels of last week's normalization agreement, the new film deal joins a growing list of collaboration efforts between the partners. 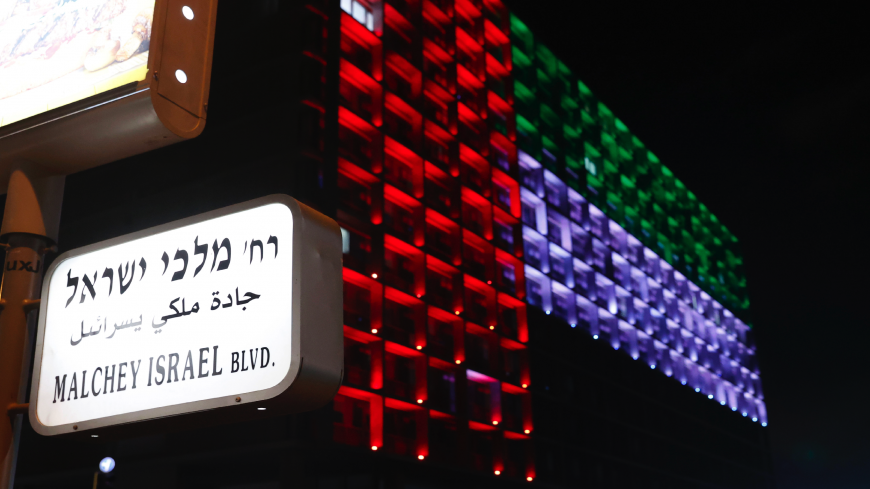 The city hall in the Israeli coastal city of Tel Aviv is lit up in the colors of the United Arab Emirates national flag on August 13, 2020. - JACK GUEZ/AFP via Getty Images

The Abu Dhabi Film Commission announced a collaboration agreement with the Israel Film Fund (IFF) and one of the state’s leading film schools on Monday that spans film and TV training and production.

The announcement comes in the wake of a surge of collaboration agreements between the United Arab Emirates (UAE) and the Jewish state following last week’s signing of a historic normalization agreement. Economic and scientific collaborations announced so far span academic research, investment opportunities and a joint UAE-Israel bid on the Haifa port.

The media agencies hailed the film collaboration as a step toward "deeper cultural understanding."

“The art of film is a universal language that can serve as a bridge between cultures and people,” said IFF executive director Lisa Shiloach-Uzrad.

Dhabi has significantly accelerated efforts over the past decade to establish itself as a global hub for film and TV production. Since the introduction of the film commission in 2009, the UAE has hosted shoots for significant blockbuster movies such as "Star Wars: The Force Awakens," "Fast & Furious 7" and "Mission: Impossible - Fallout," including the famed HALO stunt jump scene. The capital also hosted high-profile Bollywood shoots including "Bang Bang," "Baby" and "Tiger Zinda Hai." In 2018, Warner Brothers opened a roughly $1 billion amusement park in the capital.

During the coronavirus pandemic, the city never fully shut down production, hosting the first "UFC Fight Island" on July 11 and preparing for the second event to begin on Sunday and run all the way to Oct. 24.

But a global disruption in film production still reached the shores of the capital’s film and TV industry, and there are hopes that collaboration with Israel will recoup any lost business.

Among bilateral workshops and training exercises, the new agreement points to a focus on co-productions and the invitation of a UAE director as a jury member at the 2021 Sam Spiegel International Film Lab.

The deal also includes a regional film festival. The region lost the Abu Dhabi Film Festival in 2015, and the Dubai Film Festival was scrapped after 2017. In an interview with Deadline last month, Abu Dhabi Film Commissioner Hans Fraikin admitted it’s too premature to talk about restarting the festival in Abu Dhabi. But a proposed regional festival could rotate annually between Abu Dhabi and Israel and would showcase co-productions between the partners.

Monday’s agreement is also preparing for the future of film and TV production between the regional partners. In collaboration with Israel's Sam Spiegel Film and Television School, selected Emirati students will be flown to the Jerusalem campus to study one of three educational tracks.

“This new partnership between the UAE and Israel will be extremely beneficial for our burgeoning Emirati film and television community by allowing our talented content creators to broaden their landscapes and develop skills from diverse expertise,” said Fraikin, who previously ran the Quebec Film and TV Council and was tapped to grow the UAE's industry.

The film agreement rides a surge of new collaborations across economic sectors between the new nation partners. The state-run Abu Dhabi Investment Office will soon open a location in Tel Aviv, its first office outside the country. And a contract has been signed between an Israeli and an Emirate company that bid together on the Haifa port.

Joint efforts have also been quietly ongoing for years in the science and academic realms, as researchers from the UAE and Israel co-authored nearly 250 papers between 2017 and 2019, according to the Scopus database and first reported by Nature. That trumps co-authored papers between Israel-Egypt (183) and Israel-Jordan (98) over the same period.