The Sharm el-Sheikh Arab and European Film Festival started a debate through a seminar on joint film projects between the Arab world and Europe, over the feasibility of international co-productions. 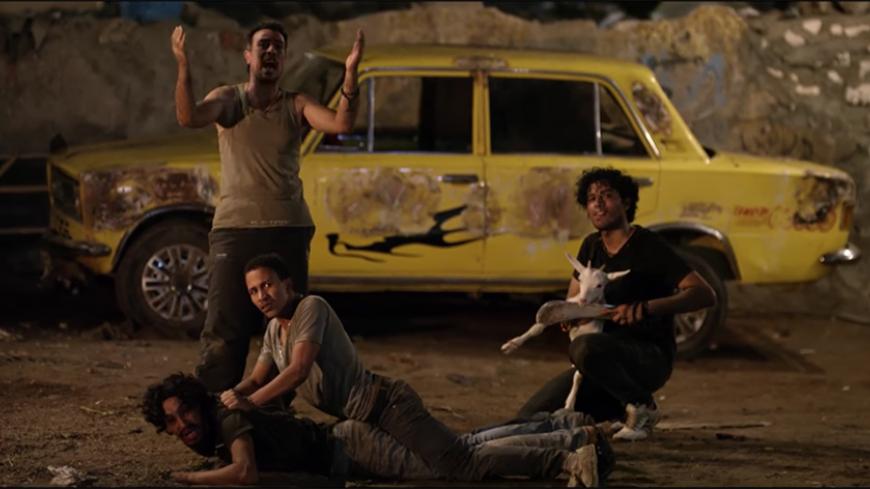 A still from the film "Ali, the Goat and Ibrahim," one of a number of joint productions Arab filmmakers have experimented with in recent years. - YouTube/Mad Solutions

In a bid to find a larger market for Egyptian and Arab films and in search of greater production potential, a seminar was held March 10 on the sidelines of the Arab and European Film Festival, which took place March 5-11, in Sharm el-Sheikh. The seminar was titled “Arab-European co-productions," and it discussed the possibility of Arab and European directors co-producing films.

Before the seminar kicked off, Adly said a few words about how the Moroccan film industry had been in a miserable state 10 years ago, but since then, film production increased and Morocco has been producing about 15 films per year.

He explained that the Moroccan state has played a major role in this growth, as local films are funded by the revenues Morocco receives from foreign productions filmed in the country. In addition, the Moroccan Cinema Center contributed to the increase of film productions in the kingdom, providing about half of the funds needed to produce films, some of which are Moroccan while others are produced in partnership with other countries such as France and Spain.

In an interview with Al-Monitor, Adly said that co-production is not only about Arab or Egyptian producers investing their money in joint projects with European producers. It is about each party benefiting from the other party’s assets, as is the case with Morocco where many European filmmakers head to take advantage of its magnificent nature and the financial support provided by the Moroccan Cinema Center. The center also offers financial awards to a number of film projects, thus leading to the future development of film production.

Adly said, “All Arab countries — especially Egypt — have the opportunity to build on this experience and develop it so as to benefit from the artistic and technical growth achieved by European filmmakers, in order for the Egyptian and Arab film industry to reach international production standards.”

Speaking at the seminar, Wassef said that the boom in the Moroccan film industry occurred after the Moroccan Cinema Center was restructured and reorganized in 2003 based on a French model, in addition to drafting new legislation allowing the film industry to benefit from all available resources. As a result, for instance, the price of film tickets include an extra fee that helps fund the production of more films in the future, and the signing of protocols of cooperation with foreign production companies is facilitated.

Wassef noted that for Morocco co-productions are not too complicated in light of the common language it shares with France and Spain, for instance.

She added that in recent years, the Egyptian film industry has experimented with joint productions with producers such as Mohamed Hefzy ("Withered Green" and "Ali, the Goat and Ibrahim," both in 2016). Youssef Shahine's "Adieu Bonaparte" (1985) and Yousri Nasrallah's "After the Battle" (2012) were also co-productions.

Wassef calls on the need to turn co-production into a strategy for Egyptian filmmakers to adopt and benefit from, especially since it allows the Egyptian and Arab film industry to overcome the issue of a limited market. Through co-production, foreign production companies and European filmmakers will give local filmmakers the opportunity to distribute films in European countries.

Art critic Mahmoud Qassem does not believe in the feasibility of artistic partnership with Europe. He told Al-Monitor that many European production companies’ participation in the production of films in Egypt is weak and they have limited abilities to promote the films, which does not allow the Egyptian film industry to achieve significant profits.

In this vein, Qassem spoke about Nasrallah’s "After the Battle," which was co-produced by several French production companies such as Siecle Productions, Studio 37, Cinema 3, Poly Son and Ile de France. The film failed to make revenues abroad because of the limited participation of these companies in the production process and the inability to distribute their co-productions to a large number of French and European theaters.

Qassem suggested trying to pitch the idea of joint productions to American production companies to co-produce high-budget films so the Egyptian industry can take a leap forward, both on the production and distribution levels — in light of the failure of co-productions with Europe to increase significant revenues for Shahine’s and Nasrallah’s films, which were only shown in theaters for a short period of time.

He explained that the idea of joint film production might not receive broad acclaim among international producers for political reasons, since co-productions with Egypt might lower a film’s chances of being shown at film festivals in countries that have bad blood with Egypt, such as Israel, in addition to the possibility of some foreign film festivals discriminating against Arab films in general.

Qassem said, “In terms of film production, I do not believe Egyptian producers need a foreign partner because they [Egyptians] can reduce the number of films they produce per annum and work together [on producing] a limited number of high-quality productions [instead]. This would allow Egypt to take a giant step forward [in the film industry]. However, they would still need foreigners for their technical expertise and their large distribution companies, with great experience abroad.”

The seminar in Sharm el-Sheikh initiated a wide debate over the feasibility of co-productions with Europe. These discussions revealed the enthusiasm of most critics to turn the idea of joint film production into a strategy adopted by the Egyptian and Arab film industry. They have high hopes for this plan, all the while taking into account the limited political obstacles mentioned by Qassem.