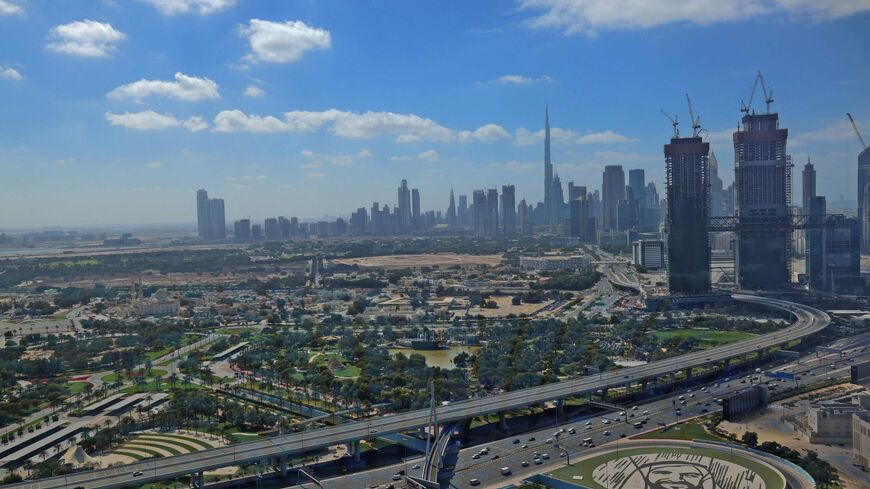 This picture taken on on Feb. 1, 2021 shows a view of the downtown Dubai skyline, with Burj Khalifa, as seen from the Dubai Frame vantage point. - GIUSEPPE CACACE/AFP via Getty Images

Israel and the United Arab Emirates signed a free trade agreement in Dubai today. The deal will immediately remove 96% of customs duties on traded goods between Israel and the UAE. The two countries believe it will boost trade related to energy, technology and a variety of other sectors.

Israel-UAE relations have consistently strengthened since the two normalized their relations in 2020 as part of the Abraham Accords, which was brokered by US President Donald Trump's administration. The following is a timeline of the major milestones in Israel-UAE ties, including economic agreements that preceded the free trade deal:

September 2020: Israel and the Emirates establish a joint body to work together on investments. The Israel Film Fund and the Abu Dhabi Film Commission also sign a cooperation agreement.

December 2020: The Dubai Multi Commodities Center Authority opens an office in Israel’s diamond exchange in the city of Ramat Gan.

July 2021: The UAE opens its embassy in Tel Aviv, declining to establish it in Jerusalem, which both Israel and the Palestinian Authority consider their capital.

September 2021: The Emirati sovereign wealth fund Mubadala buys a stake in the Tamar gas field off the coast of Israel.

October 2021: The Emirati and Israeli space agencies agree to cooperate on space missions.

November 2021: The Israeli and Emirati militaries participate in a joint naval exercise along the United States and Bahrain.

Know more: Trade between Israel and the UAE in 2020 amounted to around $180 million. By November of last year, the figure reached $700 million.