Prime Minister Benjamin Netanyahu of April 2021 is a wounded animal, whose attention is focused on one goal only: saving himself. 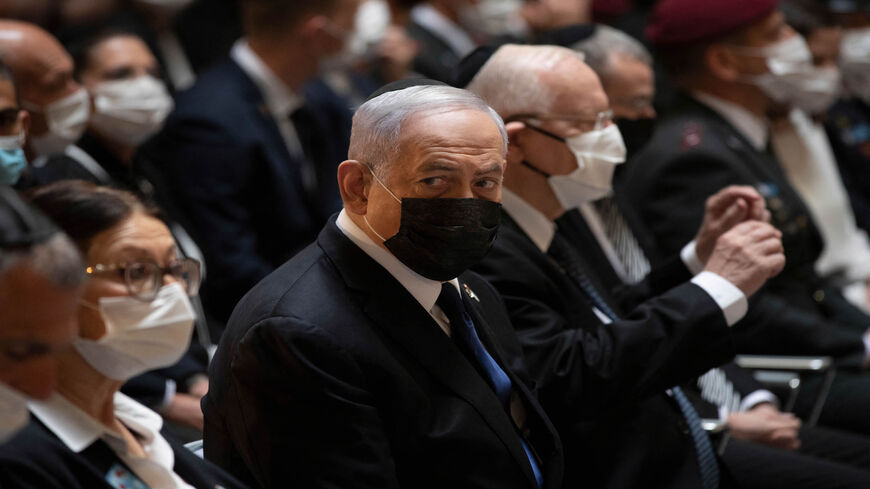 His attempts to change Israel’s electoral system in order to enhance his prospects after four inconclusive elections illustrate the intensity of Prime Minister Benjamin Netanyahu’s desperation.

After failing to obtain a 61-seat Knesset majority in the March 2020 elections, Netanyahu opted for a deal with his main rival, Blue and White party Chair Benny Gantz. Having received the goods, i.e., as soon as Gantz agreed to join his coalition, Netanyahu tried to pull the rug out from under him. He was convinced that having neutralized the threat from Blue and White, the centrist party led by three generals, the fourth elections in March 2021 would be a cakewalk. Netanyahu was wrong.

Since being defeated in 1999 after his first term and taking time off from politics, we have never been this close to the end of the Netanyahu era. In the evening hours of April 19, in a stunning Knesset upset, he lost a crucial procedural vote to the so-called bloc of change, led by Yesh Atid party Chair Yair Lapid and New Hope party Chair Gideon Saar. Arab Knesset member Mansour Abbas voted with Lapid on the control of the parliamentary Arrangement Committee, which sets the agenda of the house. Their brilliant maneuver knocked Netanyahu out for the count, although he remains in the ring. It’s not over until it’s over, but it’s the start of the end.

Netanyahu had been trying all sorts of maneuvers to reach the coalition majority he needs for composing the next government. Still, his latest ploy could prove to be one too many. Having realized he cannot mobilize a Knesset majority to form a government in the 28-day period allotted him by President Reuven Rivlin on April 5, Netanyahu went for Plan B. He suggested to his loyal sidekick — ultra-Orthodox Shas party leader Aryeh Deri — that since the current electoral system has been unable to produce a clear winner in four consecutive elections, it was time to change the system. Rather than a vote for Knesset representatives, who then form a government coalition, elections would be held directly to pick a prime minister. Whoever wins the vote and gets at least 40% of the vote would be declared prime minister, regardless of his ability to put together a stable Knesset majority.

On the face of it, the initiative for direct voting came from Deri, but several reports claim Netanyahu was clearly behind it. In his desperate race to evade the long arm of the law and hold on to power, Netanyahu has no qualms about changing the rules of the game midstream. Rather than going back to Rivlin in defeat and letting the opposition try its hand at forming a majority government, Netanyahu is trying to stack the deck with an unprecedented constitutional government grab.

Still, Netanyahu’s loss yesterday at the Knesset, with his opponents getting control over an extremely important committee, greatly reduces the prospects of this malodorous plot (of direct voting). Evidently, Netanyahu is losing altitude, fast. He seems to be on the verge of vertigo as he tries to preserve the loyalty of his political partners, quell incipient signs of revolt in his Likud party and conjure up a surprise to ensure his survival. He may not have any more rabbits up his sleeve.

Israel’s longest-serving prime minister is not used to losing, and he is having a hard time accepting such a fate. His intense efforts of recent weeks to convince the ultranationalist Religious Zionist party of Bezalel Smotrich to join a government propped up by the Islamist Arab Ra’am party have been to no avail. All his efforts to lure defectors from the ranks of the opposition have also failed. His impassioned pleas to Saar to “come home” to the Likud, after his repeated attempts to expel the popular politician from the party, appear grotesque.

Currently, Netanyahu finds himself in a bind. Unless he gains sufficient Knesset support to form a government in two weeks, he must return the mandate that Rivlin gave him. His opponents’ prospects of undermining his coalition building efforts are hardly negligible, even as his criminal trial moves ahead and the evidentiary stage produces troubling daily testimony from prosecution witnesses, bolstering the state’s indictment of Netanyahu on charges of corruption. The arch-magician of Israeli politics, the eternal prime minister, looks increasingly like a mere mortal, susceptible, weak, in dire need of salvation.

Almost everything Netanyahu did over the past two years is now coming back to bite him. He had coddled nationalist religious radicals Smotrich and Itamar Ben-Gvir, forced them to unite and drummed up sufficient votes for them to pass the electoral threshold and place four representatives in the Knesset — the same four who are now refusing to join his government and save him. He gave the Islamist Arab party a first-ever seal of approval and convinced his supporters to accept the seemingly unbelievable idea of a right-wing government propped up by Arab votes — only to have Ra’am party Chair Mansour Abbas vote against him on April 19.

And then there is his more egregious behavior over the years that has pushed away close associates, aides and partners who have now banded against him: Saar, Yamina party Chair Naftali Bennett, Yisrael Beitenu party Chair Avigdor Liberman and former Likud stalwart-turned-Saar ally, Ze’ev Elkin. These friends-turned-enemies are skilled politicians, having learned from the best. They have come to unseat him.

Netanyahu of April 2021 is a wounded animal. His attention to running the affairs of state — chief among them the emerging nuclear deal between world powers and Iran — is severely compromised. His prime goal is to save himself. His options are fading. A proposed initiative of electing him to the ceremonial post of president to succeed Rivlin is not taking off. Prospects of changing the electoral system are also slim. Nonetheless, Netanyahu is the ultimate comeback kid. He has returned from the dead more than once. Can he do so again?

The cracks in his image as the ultimate winner and a leader in a league of his own may be his undoing. The restive mutterings within the Likud are still low key, but they are being felt. Finance Minister Yisrael Katz has already been overheard whispering that Netanyahu must be replaced in order to keep the right wing in power.

As the victorious result of Monday night’s vote emerged, Saar was seen clearly winking mischievously at Katz, who until recently was one of his bitterest political enemies. Netanyahu, a highly skilled and deeply suspicious political being, realizes this. He needs a truly dramatic development in order to turn things around and restore the previous order. The coming weeks will provide drama in spades, making for explosive and tense times, even in terms of the familiar Middle Eastern chaos. Consider yourselves warned.