Only one week before the deadline Prime Minister Benjamin Netanyahu faces, it is unclear whether his opponents have the majority to compose an alternative government. 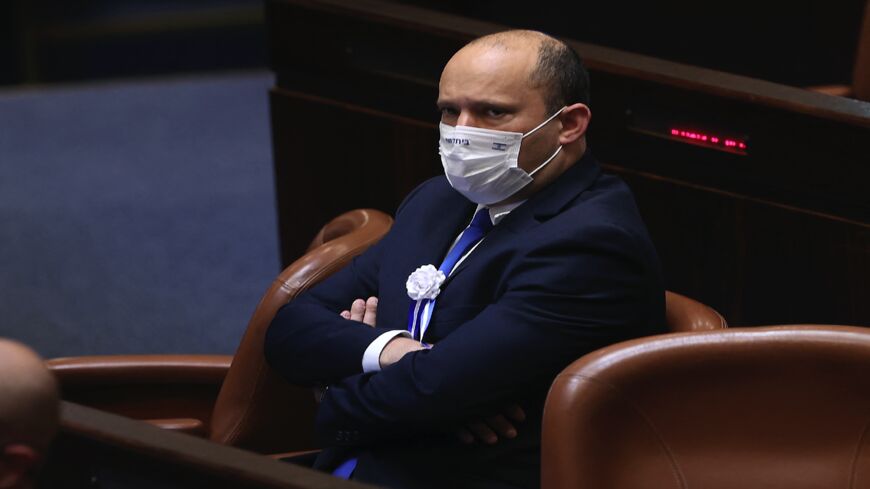 Prime Minister Benjamin Netanyahu has been compared in recent days to a high-risk stock. One minute he seems very close to losing his seat; a minute later it seems that he again has succeeded in controlling reality via political acrobatics and finesse.

On May 4, just one week from today, Netanyahu’s mandate to assemble a government expires, and the bitter reality is that the prime minister is blocked from all sides. He does not have a majority to establish a right-wing government, and an atmosphere of change has been circulating in the general public. The big question is: Will a new government headed by Yamina Chairman Naftali Bennett really arise, or is that also only an illusion?

While Netanyahu wages a rear-guard battle, maybe his last, a new government is starting to take shape — one that is ideologically eclectic and strange. Every day, the media reports news regarding projected portfolios in the new so-called “change government,” together with speculation regarding the appointment of left-wing Knesset members to senior ministers. Scenarios that had seemed imaginary and unrealistic only a few weeks ago, such as appointing Labor Chairwoman Meirav Michaeli to justice minister, now suddenly seem within reach.

There is an entire generation of children and adolescents in Israel who have never seen anyone else but Netanyahu as prime minister. From the time he returned to head the government in the spring of 2009, he became unbeatable — even when he was in trouble with the law, he managed to survive and remain in his seat. Netanyahu went through four election campaigns, blocked large forces that tried to unseat him (like the Blue and White party), but like the mythical phoenix, he rose again. His phenomenal ability to survive is due to his popularity regarding the normalization agreements with Arab states, and also because he extricated Israel from COVID-19 via a spectacular vaccine campaign. All these seemed to show that he would somehow succeed again.

But it seems the rules of the game have changed to his detriment this time. True, he heads the largest party of all (Likud), with a significant gap from all the others. But he faces a united camp that is focused on one goal: moving him out of the prime minister’s office.

This camp is strongly motivated: Right-wing seniors Naftali Bennett and New Hope leader Gideon Saar are change-makers who are breaking the paradigm by creating and joining the Bloc for Change, which is mostly comprised of center-left parties and Arab legislators. And this is what makes it feasible to defeat Netanyahu, for the first time.

Apart from Bennett and Saar, this bloc is comprised of Yesh Atid Chairman Yair Lapid and Yisrael Beitenu Chairman Avigdor Liberman. All of these political wolves have gotten together to bring Netanyahu down at almost any price, and some have assumed large risks. They despise the man: They view Netanyahu as the obstacle blocking them from leadership roles, and they know his weak points.

The feelers between the party heads in the Bloc for Change gained momentum and became public in recent days. Bennett even declared on April 23 that he was involved in efforts to set up a national unity government since Netanyahu is evidently incapable of establishing a right-wing government. Until then, Bennett had avoided admitting that he is operating within the opponents’ home base.

In a long, reasoned Facebook post, Bennett wrote “this will not be the government of my dreams” and emphasized it will depend on “numerous compromises and concessions of all the partners.” Bennett said such a unity government will not fulfill his dreams, but it will not be less right wing than certain governments under Netanyahu in which left-center parties were involved.

“Such a government will not be able to impose sovereignty on parts of the land of Israel, something I really believe in after dozens of years in which no government, including Netanyahu’s governments, imposed sovereignty on a centimeter of Israel’s land. But it also will not transfer territory, either,” wrote Bennett. He added, “Such a government will also be unable to initiate reforms that I want very much in the legal system after so many years, including Likud governments, in which there was not even one reform to halt judicial activism.”

Not only does Bennett demand a Cabinet divided between right and left. He also demands to serve first as prime minister in a rotation agreement. Nevertheless, despite the heavy price they will have to pay and the ideological concessions they will have to make, Lapid and heads of the left wing apparently agree to swallow almost all of Bennett and Saar’s frogs. All the players take into account that this planned government, whose major goal is to remove Netanyahu from power, will allow them, later on, to jump to the fifth elections without Netanyahu in the picture.

That being said, Netanyahu has not given up yet. And even though he has a political sword now on his throat, he keeps trying to torpedo the change government. Over the last two days, for instance, he sent new tempting proposals to Bennett, Saar, and even Blue and White Head Benny Gantz to be the first in the rotation of the new government that will rise.

In other words, Netanyahu expressed a willingness to move aside and serve as stand-in (substitute) prime minister. This is a cunning, devious plan: Netanyahu probably does not really mean what he says, and his goal is only to plant seeds of chaos and suspicion in the Bloc for Change.

Yesterday it seemed his plan was going well because suddenly Bennett and Saar did not sound so belligerent regarding the establishment of a government for change: Each of them declared separately, but seemingly with full coordination, that there are difficulties in establishing a change government.

The immediate interpretation of this is that this is a way to try to extract more functions and achievements from Lapid and from left-wing parties who view kicking Netanyahu out as a central achievement, almost ideological, to the extent that they are willing to cut a deal with such right-wingers as Saar and Bennett. But in actual fact, this does not help toward building up trust in the group.

With all these developments, the political system this morning is in shambles and nothing is clear. A high-placed member in the Bloc for Change told Al-Monitor on condition of anonymity that at the end of last week, almost everything was finalized, the left-wing parties were ready for practically any concessions and there was positive momentum. “But unfortunately, Netanyahu succeeds in planting suspicion and sending out his minions to Bennett and Saar to ruin things." 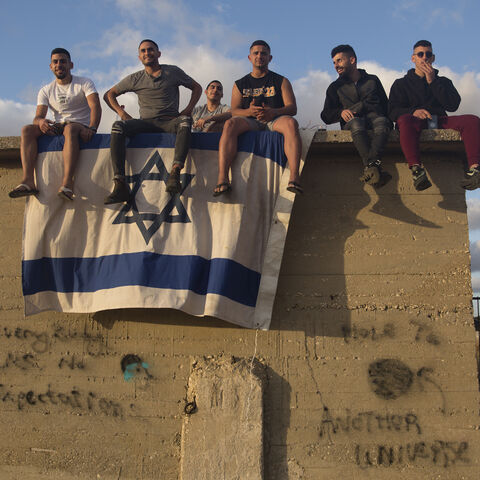