In a continuation of the real estate collapse incidents in Egypt, a 10-story property collapsed March 27 in Cairo, resulting in five deaths and injuring many. 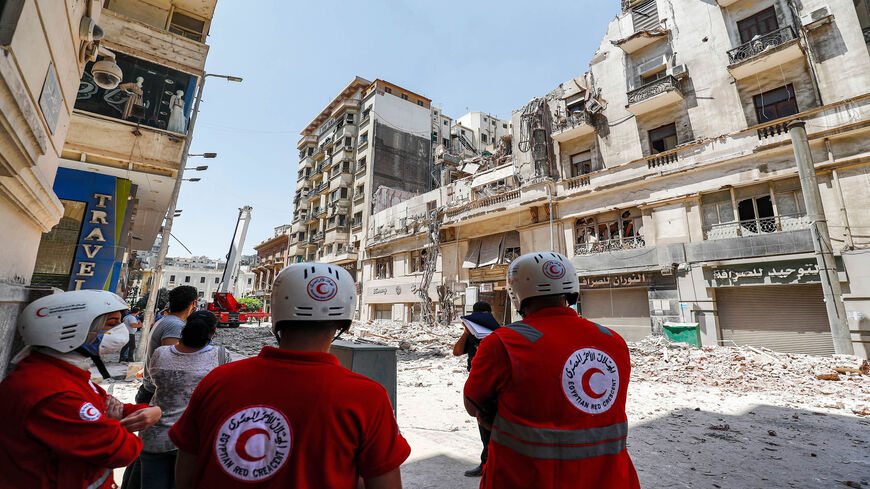 CAIRO — In the early hours on the morning of March 27, a building consisting of a basement, a ground floor and nine floors collapsed in al-Salam neighborhood in the Gesr al-Suez district east of Cairo, killing 24 people and wounding 25 others, with many still missing.

Following investigations, the Egyptian Public Prosecution said several violations caused the accident and ordered the arrest of the owner.

The violations include an unlicensed garment factory on the ground floor, and the removal of the walls of the ground floor in demolition and expansion works of the factory. The owner also added seven floors within a short period, which overloaded the building’s foundations causing the collapse.

Buildings converted into unlicensed factories and warehouses is a common practice in Egypt. Violations vary from building without a permit, noncompliance with the planning and building requirements in force, and the increase in the number of floors. The total number of such building violations is present in close to 20 million housing units, according to a government report issued in September 2020.

According to a study issued by the Egyptian Initiative for Personal Rights in 2014, besides the violation of converting residential units into commercial ones, there are other factors that cause the collapse of real estate in Egypt, such as the deterioration of the structural condition of buildings, or accidents resulting from wrong or intentional actions and activities outside or inside the buildings (restoration, structural modification, excavation of antiquities, and so on), and the absence of government oversight.

The same study revealed another main reason behind the phenomenon of the collapse of real estate, which is "a failure in the planning and development process, in relation to the high level of groundwater, especially in the countryside, due to the absence of sanitation networks, the failure to prepare urban areas to deal with the floods that lead to their collapses, and the failure to take the necessary precautions against major fires."

Daftarahwal, an independent organization based in Cairo, documented 661 building collapses in all Egyptian governorates in 2014-16.

The collapse of the Gesr al-Suez building brought back to mind the Faisal building that caught fire Jan. 30 as a result of a short circuit in a shoe store located on the ground floor.

The building ultimately ended up being leveled to the ground with dynamite on March 12 due to its severe violations.

There seems to be a common factor between the Faisal and Gesr al-Suez buildings. Both included a factory that contains flammable materials, contrary to the law.

The Building Regulation Law No. 106 of 1976 prohibits in any way changing the use of buildings’ ground floors for anything other than the purpose it is intended for. It therefore prohibits the building owner to rent the basement for establishing commercial or industrial stores, or other such purposes.

In this context, urban planning expert Saif Faraj told Al-Monitor in a phone call conversation that the overlapping uses of real estate properties, for example simultaneous residential and administrative uses, lead to fires or the collapse of the columns in the building’ structure and thus to the collapse of the entire building. “This is what happened with the Gesr al-Suez and Faisal buildings,” he said.

He noted that by law it is prohibited to run a factory with flammable materials inside a residential area, let alone in a residential building. “It is extremely difficult to draw up the inventory of buildings contravening the law in Egypt. Their number is beyond imagination, estimated to be millions,” he said. “Counting the violating buildings would take years.”

In televised statements on May 21, 2020, President Abdel Fattah al-Sisi warned that building violations are more dangerous than terrorism. He urged the authorities to introduce legislative reforms to tighten penalties on violators. He also called for bringing to justice those who construct unlicensed buildings as a preliminary step for their trial.

The Reconciliation Law does not provide for specific penalties for violations issued in 2019, as it does not include any penalties stipulating imprisonment, expulsion or confiscation. However, last March, Al-Masry Al-Youm newspaper published a list of penalties for violating real estate, according to a source in the local administration. Penalties range from cutting off utilities — electricity, water and natural gas — or demolishing the buildings if they are uninhabited, or imposing a fine on the violator whose value is determined according to the extent of the violation if the building is populated.

On June 1, 2020, the Ministry of Local Development activated the decision to suspend building permits for a period of six months, with an extension running to this date, in Greater Cairo, Alexandria, governorates' capitals and major cities with a dense population. The decision aims to curb the rise in slums.

In earlier statements, Sisi said this decision is 20 years overdue. He indicated that there are areas in Cairo for which no licenses will be issued again and that requirements for buildings’ height in those areas will be limited to two floors, not seven.

The building crisis in Egypt stems from the law enforcement mechanism, according to Faraj, who attributed the reasons for the great number of contravening buildings to the corruption in the administration of districts and the lack of experience, limited numbers and poor financial capacities of engineers.

“We have numerous laws,” he added. “But the districts’ administrations affiliated with the Ministry of Local Development are not suitable for enforcing them.”

Member of parliament Moataz Mahmoud, head of the parliamentary Housing Committee, said in televised statements on March 13, 2019, that half of Egypt's buildings are located in slums. He noted that there are 1.8 million unlicensed buildings, i.e., 18 million residential units, representing more than half of Egypt's real estate landscape.

According to Hamdi Arafa, an expert in slum development, the reason for this huge number of building violations is the local councils’ mismanagement, the failure to get the right person in the right position, in addition to the low wages of workers.

He told Al-Monitor that “92% of the workers in local councils hold diplomas and not higher qualifications. This is in addition to the poor technological capacities and the absence of an electronic system in councils.”

He added, “The Unified Building Law has many loopholes that encourage corruption, whether by employees in the local engineering departments or by citizens who are unable to obtain building permits due to the difficulty of the procedures. The solution lies in amending the Unified Building Law and issuing new building requirements.”

In a March 27 statement, the parliamentary Housing Committee called for activating the building requirements to preserve the rights of citizens and the state's right to regulate urbanization.

The head of the committee, Imad Saad Hammouda, said in the same statement that the activation of the "one-stop shop" is the prevailing feature in the new requirements, which means one authority regulating building requirements.

“Licenses should be obtained through an engineering office, controls must be set to ensure the structural safety of buildings and the phenomenon of unlicensed buildings or buildings outside the urban districts must be quickly addressed,” he said.

In all cases, new building requirements will not be issued for at least a month. In statements to the Masrawy news site, Ihab Mansour, undersecretary of the Housing Committee, said discussions are still taking place between the government and parliament about these requirements. 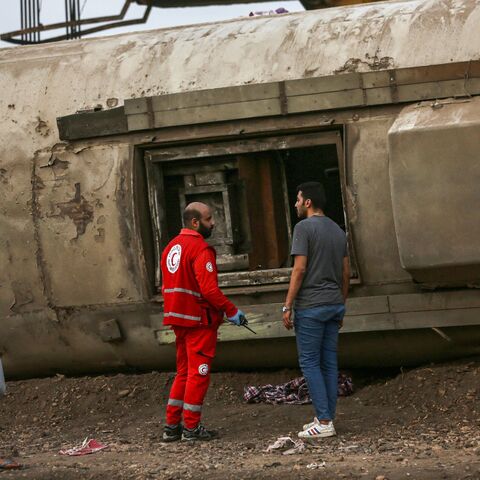 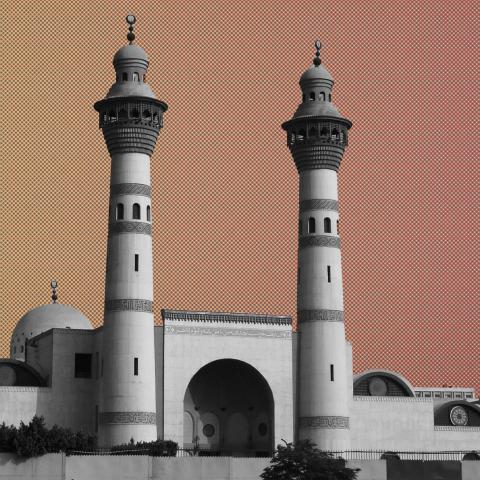 Controversy implodes at Al-Azhar in the wake of PDA incident