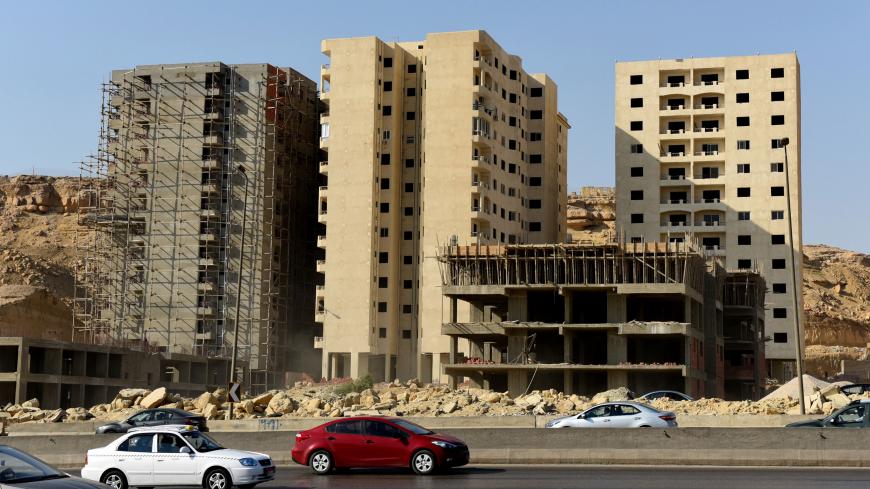 CAIRO — The Egyptian governorates, headed by Cairo governorate, started Jan. 19 implementing the government's decision to paint building facades in a unified color for a more modern and "civilized" look. The decision stirred controversy among citizens on the costs involved.

The color white was selected for the coastal governorates, light beige for the governorates in Upper Egypt and dark beige for Greater Cairo.

The move comes after Egyptian President Abdel Fattah al-Sisi instructed the government Jan. 17 to deal with the buildings whose facades are still unpainted. The Cabinet confirmed in a statement on the same day that the facades of these buildings will have to be painted or legal action would be taken against their owners, provided that the facades of these buildings are painted in one color to avoid what the statement described as “a noncivilized scene.”

Local Development Minister Maj. Gen. Mahmoud Shaarawi said in a Jan. 20 statement that the Unified Building Law issued by Decree No. 144 of 2009 obliges owners of real estate property to paint the facades of their buildings. He pointed out that residents would be responsible for painting the facades of the dwelling they own. The owners of real estate units in the new cities planned by the government will also be required to implement this decision and will only be granted licenses for electricity and water supply after painting their properties.

Article 84 of the Unified Building Law's Executive Regulations stresses the need to take into account the harmony between colors of new facades and colors of the surrounding buildings in order to create a unified look and preserve the area’s urban character. The government is relying on this article to impose its penalties on contravening parties.

Article 104 of the Unified Building Law stipulates that “whoever executes construction works [in residential units] without taking into account the technical rules in the design or execution shall be sanctioned with six months imprisonment and a penalty of not less than the equivalent of the value of the contravening works of a minimum of 50,000 Egyptian pounds [$2,800] and not more than three times of this value or with any of the two penalties.”

Mohammed Abu Saada, the head of the National Organization for Urban Harmony (NOUH) told Al-Monitor that NOUH divided Egypt into seven regions and identified color groups for each region according to the nature and climate of the area. He noted that execution will begin immediately after counting the unpainted buildings across all governorates in the coming days.

Affirming that real estate owners will bear the costs of the painting works, Abu Saada said, “The first stage of implementation would be to paint the buildings whose external facades have not been finished along main roundabouts and roads across all the governorates, and the second stage would cover buildings along secondary roads. The third stage is reserved for buildings whose facades were painted in other colors not specified by NOUH, so as to ensure greater urban homogeneity and harmony.”

Of note, the government has yet to announce providing any financial or technical assistance to real estate owners to paint their properties.

Abu Saada noted that he held a meeting at NOUH headquarters two days after Sisi's instructions Jan. 17 with professors of architecture and arts from the various colleges, in addition to experts in the field of architecture. “The meeting aimed to pick the color grades for painting the real estate facades,” he added.

He also explained that the districts and governorates will be responsible for implementing Sisi’s instructions, but he did not set a date for when the work needs to be completed.

The decision to paint facades in a uniform color caused controversy among citizens. Many praised the decision, but others feared the execution of the president’s instructions would lead to a price hike in residential real estate properties.

Hanan Ahmed al-Dahshouri, a resident of Qalyubia governorate, told Al-Monitor that the government's decision to paint building facades would help generate "a kind of psychological comfort among citizens."

“The decision would increase harmony and reduce the areas with redbrick buildings in many governorates,” she said. “The decision to beautify neighborhoods by painting the facades of buildings must go hand in hand, however, with residents understanding the decision.”

Dahshouri pointed to the cheerful and colorful houses in Nubia, in the far south of the Nile Valley, saying, “The Nubian community is convinced of the need to decorate their dwellings, irrespective of any law issued in this respect.”

Mohammed Adly, a resident of Cairo, shares the same opinion. He praised the government’s decision because of its aesthetic and artistic impact. “Urban beautification is a cultural expression of community members and their lifestyle,” he told Al-Monitor. “The mechanism of implementation of this decision is linked to its acceptance or rejection by the residents. Under the Cabinet decision residents will bear the painting and refurbishing costs. For households with a low income this could be an additional financial burden they cannot afford.”

He added, “The government ought to bear part of the cost of the painting and refurbishing works and reduce the prices of the materials that must be available at public markets and shops. Residents would no longer bear the total cost of painting works alone and the beautification campaign would not lead to an increase in rental prices in the Egyptian market.”

Deputy Minister of Local Development Khalid Qassem clarified in a press statement Jan. 20 that citizens who fail to paint the facades of their buildings would get a warning, and that relevant penalties provided for in the law would be imposed if they do not comply with the decision. He also talked about setting up a higher committee, which held its first meeting Jan. 31, tasked with following up on the implementation of this decision. The committee would be headed by the minister of local development and formed by representatives of NOUH, the governorates and civil society organizations.

Parliamentarian Saad Bdair, a member of the parliamentary Local Administration Committee, confirmed in a phone call to Al-Monitor his support for the government's decision. “This would create a harmonious urban scene in residential areas,” he said, noting that the Unified Building Law has not been applied for 10 years, which allowed the spread of redbrick buildings.

“This decision will improve the citizens’ psychological situation and give an aesthetic look to cities, breathing life back into them,” Adly said. He pointed out that the Local Administration Committee will follow up in the coming days with government officials on the implementation of this decision in all governorates, especially the main cities. 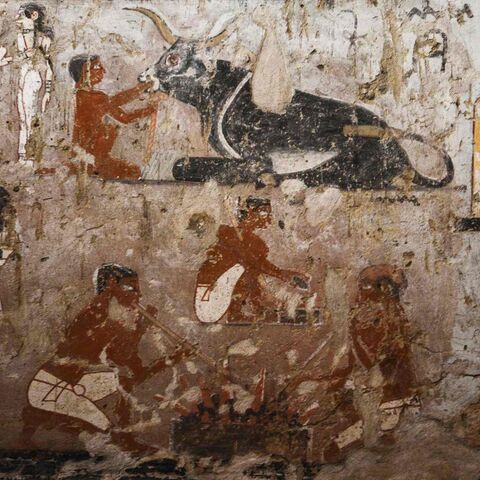