Egypt's Ministry of Endowments plans to impose a single design style for new and even existing mosques being restored as part of the government's efforts to modernize Egyptian cities. 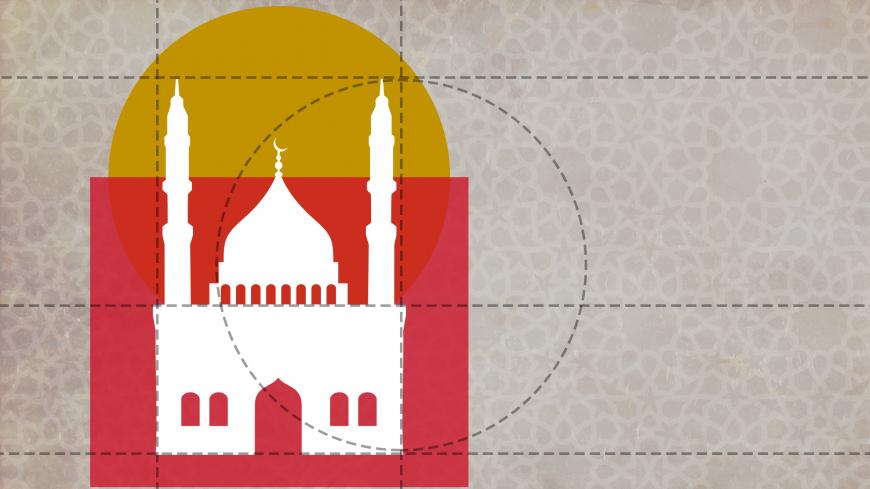 Egypt is home to more than 100,000 mosques built in a variety of architectural styles, but now, all new mosques is the country will be built in a single style approved by the Egyptian Ministry of Endowments.

The Ministry announced on Feb. 7 that it will prepare an “Egyptian Code” for the design of mosques in a “unique and distinctive architectural style nationwide.” The architectural model is to be the product of a competition whose date has yet to be determined.

The decision comes as part of a series of measures by the government to “modernize” the look of the Egyptian cities. On Jan. 19 the Egyptian governorates, headed by Cairo governorate, started painting building facades in a uniform color for a “more modern” look.

“This design code for mosques comes as part of the government’s efforts to give mosques in Egypt a special character that emanates from Islamic history and civilization,” Gaber Taye, head of the Religious Department at the Ministry of Endowments, which is supervising the project, told Al-Monitor.

Taye added that according to the project — dubbed “The Egyptian Code” — only mosques that are designed in accordance with the guidelines will be granted construction permits. Taye has said that the new mosques will have places for people to attend Friday sermons as well as to gather or enjoy solitude.

“The mosques built both by the government or [private entities] will have to follow the standards,” he said, adding that the code will also be applied when existing mosques are restored and renovated. Taye did not reveal the funds allocated for this project.

Sheikh Shawki Abdel-Latif, undersecretary of the Ministry of Endowments, described the decision as “a breakthrough in urban design,” particularly in the new cities.

“Al-Fattah Al-Aleem Mosque in the new administrative capital, which is an architectural masterpiece, demonstrates what the new mosques would look like,” Abdel-Latif told Al-Monitor. The large complex, which houses both the Cathedral of the Nativity and Al-Fattah Al-Aleem, the largest mosque in the country, was opened by President Abdel Fattah al-Sisi on Jan. 6, right before the Coptic Christmas.

Abdel-Latif said that the plan to unify mosque design will be difficult to implement and cost the government billions of Egyptian pounds.

He believes that the government prioritize restoring existing mosques instead of spending billions of Egyptian pounds on creating a new design for future mosques. “It is more logical to focus on what is now existing than to spend money on future mosques,” he said.

According to the Central Agency for Public Mobilization and Statistics, there were about 102,000 mosques in Egypt at the end of 2017.

Hossam Akawy, a member of the Tourism Investors Association in the Red Sea, maintains that the new mosques will provide an additional attraction to tourists. “Egypt has a long history of distinguished Islamic architecture and should maintain [its role in] architecture in modern times. This will add to the country’s image and preserve its heritage,” Akawy told Al-Monitor.

Since the Islamic conquest of Egypt, many different styles of mosques have been built — from 14th century Mamluk-style Mustafa Hassan Mosque to the Ottoman-style Muhammed Ali Mosque built between 1830 and 1857. The country is also home to one of the oldest mosques of Islamic history, the Amr Ibn El-As Mosque, whose construction dates from 641 CE. Destroyed and rebuilt several times, the present mosque was mostly recently renovated in the 19th century.