Illegal construction is a major safety issue in Egypt, despite pledges by the government to crack down on the practice. 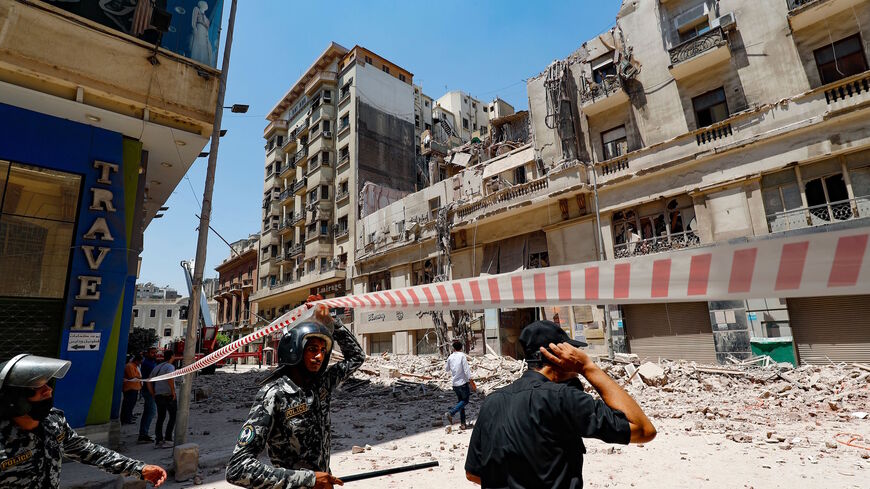 Policemen stand by the rubble on Aug. 15, 2020, at the scene of a building collapse along Kasr el-Nile street in the downtown district of the Egyptian capital, Cairo. An apartment building in Greater Cairo collapsed on July 27, 2021, killing one. In March, the collapse of a nine-story building killed 24. - KHALED DESOUKI/AFP via Getty Images

An apartment building collapsed in Egypt on Tuesday. A similar incident occurred in April and there are concerns about government oversight and infrastructure safety in the country.

The six-story building collapsed Tuesday morning in the city of Giza in Greater Cairo. A demolition order for the building had been issued earlier but not implemented, the state-owned Al-Ahram news outlet reported.

One man died as a result of the collapse. A woman was pulled from the rubble by rescuers and survived, according to The Associated Press.

The safety of buildings is an issue in Egypt. In March, a nine-story structure collapsed in the Gesr al-Suez district of Cairo, leading to at least 24 deaths. An investigation determined that the building had several safety violations, including an unlicensed factory and the speedy addition of several floors. Converting residential buildings into commercial ones is one of the primary causes of building collapses in the country.

Egyptian President Abdel Fattah al-Sisi pledged to crack down on illegal construction last year. There has been a significant rise in illegal building since the 2011 revolution.