The Israel section of the annual rights report included a section on “Israel, West Bank and Gaza," rather than "Israel and the Occupied Territories." 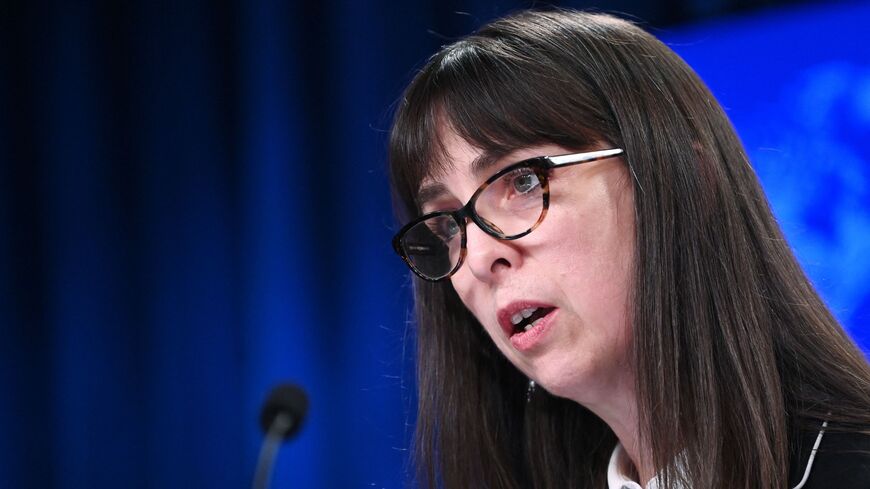 US Acting Assistant Secretary Lisa Peterson of the Bureau of Democracy, Human Rights and Labor speaks during the release of the "2020 Country Reports on Human Rights Practices" at the State Department in Washington on March 30, 2021. - MANDEL NGAN/POOL/AFP via Getty Images

In its annual report on human rights abuses around the world, the State Department continued a Trump administration practice of dropping the term “Occupied Territories” from its section on Israel.

In the congressionally mandated report, the State Department in 2018 nixed the word “occupied” from the title of the Israel section, a move that critics said reflected President Donald Trump’s bias against the Palestinians.

The report, however, does reference “the West Bank, Gaza, and East Jerusalem territories that Israel occupied during the June 1967 war.”

The report’s language is “not meant to convey a position on any final status issues to be negotiated between the parties to the conflict, including the specific boundaries of Israeli sovereignty in Jerusalem, or the borders between Israel and any future Palestinian state,” the report said.

"That's in line with our practices generally. We also believe it is clearer and more useful for readers seeking information on human rights in those specific areas," she said.

The State Department under Biden removed Trump-era language that "the Palestinian Authority exercises no authority over Jerusalem," but did reference the US recognition of Jerusalem as the capital of Israel in 2017. In a decision widely condemned by US allies, Trump moved the US Embassy from Tel Aviv to the Holy City — a decision President Joe Biden says he disagrees with but will not reverse.

In 2019, Trump broke with decades of US policy by signing a proclamation officially recognizing Israeli sovereignty over the Golan Heights. Secretary of State Antony Blinken has said that if the situation in Syria were to change, the Biden administration would “look at” the Trump administration's decision.