A State Department spokesman said it is a "historical fact" that Israel occupied the Palestinian Territories in 1967 following a report from the department that retained some Trump administration language on the issue that is closer to Israel's position. 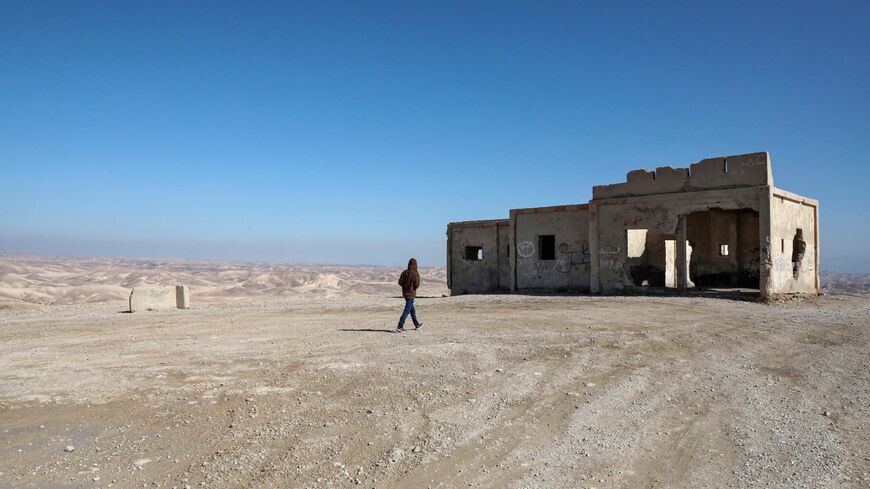 HAZEM BADER/AFP via Getty Images - A man walks by an abandoned former Jordanian police station building, dating from before the 1967 Arab-Israeli war, in the vicinity of Khashm al-Daraj in the south Hebron hills of the Judean desert southeast of Hebron in the occupied West Bank on Jan. 26, 2020.

The US State Department clarified Wednesday that its view is that Israel “occupied” the Palestinian territories. The comments follow a report from the department that retained some Trump administration language indicating a more pro-Israel view from the United States on the issue.

On Tuesday, the State Department released its human rights report for 2020.  The section on the West Bank and Gaza did not include the word “occupied” in its title. Under President Barack Obama, the report used the word “occupied” in the section header. However, the department dropped the term from the report title during the administration of President Donald Trump.

Tuesday’s report did say that it “covers the West Bank, Gaza, and East Jerusalem territories that Israel occupied during the June 1967 war.” The Israel section also says Israel “occupied” the Golan Heights in 1967, but noted the 2019 US recognition of the formerly Syrian-held territory as Israeli, as well as the 2017 US recognition of Jerusalem as Israel’s capital.

Finally, the report said it "is not meant to convey a position on any final status issues,” including on “borders.”

Later that day, the State Department’s Acting Assistant Secretary Lisa Peterson dodged a question on whether the United States views the West Bank and Gaza as occupied, repeating that the report is not a reflection on the “final status” of the areas.

Price noted the report’s use of the word “occupation” to refer the West Bank as well.

“This has been the long-standing position of previous administrations of both parties over the course of many decades,” he said, adding that both Israel and the Palestinians should avoid doing anything to put a two-state solution “further out of reach.”

Israel took the West Bank from Jordan and the Gaza Strip from Egypt during the June 1967 war. The majority of the population is Palestinian in both areas, though hundreds of thousands of Israeli settlers now live in the West Bank. Gaza is controlled internally by the Palestinian military and political organization Hamas, while its borders are subject to an Israeli and Egyptian blockade. Israel also controls the West Bank’s borders. Internally, it is administered in some areas by the internationally recognized Palestinian Authority and by the Israeli military in other parts. The United Nations considers the territories occupied by Israel and the settlements illegal, though Israel disputes this.

Trump changed the US view on Israeli and Palestinian territory considerably. The United States during his administration became the first country to recognize Israeli sovereignty over the Golan and his move of the US Embassy to Jerusalem reversed decades of US recognition of Tel Aviv as Israel’s capital. The move also led several other states to establish embassies in Jerusalem. Trump's Secretary of State Mike Pompeo also said in 2019 that Israel’s settlements in the West Bank are “not per se inconsistent with international law,” which was also a departure from the policy of previous US presidents.