The Israeli Likud Party says it wants to extend the powers of some Israeli ministries in West Bank settlements, which could set the stage for Israel to annex some parts of the Palestinian territories. 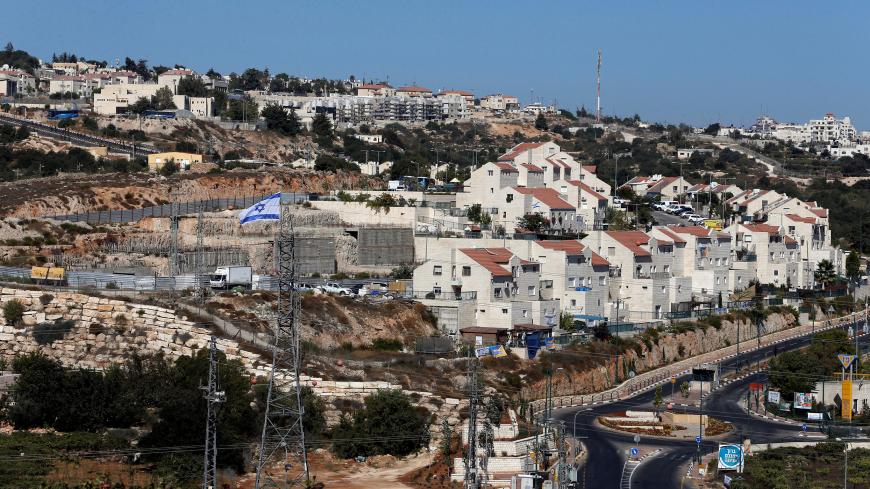 GAZA CITY, Gaza Strip — As Likud leader and Israeli Prime Minister Benjamin Netanyahu struggled this week to form a new government, offering and considering controversial deals to bring together an alliance and avoid new elections, one of the less visible issues on the table is of great importance to the Palestinians.

The Likud Party, winner of the April 9 Israeli parliamentary elections, wants to expand the powers of Israeli government ministries in the West Bank at the expense of the civil administration. Some see this as a step toward Netanyahu fulfilling his promise to annex West Bank settlements if he won the election and retained his post.

Expanding the powers of ministries is one demand of a right-wing coalition Netanyahu needs to form the new government, and would be a complete abolition of the civil administration’s role in civil life in West Bank settlements, leaving it to manage the lives of the Palestinians only.

The civil administration is an Israeli governing body in the West Bank affiliated with the Israeli army. It was established in 1981 as an alternative to straight Israeli military rule over the Palestinian territories, and it coordinates civil affairs between the Palestinians and Israel. It also handles transportation, communications and agriculture in the West Bank, while other sectors such as health, education and welfare are carried out directly by Israeli ministries.

Wasel Abu Youssef, member of the PLO Executive Committee in the West Bank, told Al-Monitor, “Expanding the powers of the Israeli ministries at the expense of the civil administration is an attempt to impose occupation and establish it in the West Bank, to end the [idea of a] two-state solution and prevent the establishment of a Palestinian state, which falls within the framework of denying the Palestinian people their rights to freedom and independence.”

He added, “These efforts mean practically annexing parts of the West Bank to Israel. Unfortunately, this comes with the blessing of the administration of US President Donald Trump, who doesn't recognize the option of a two-state solution and gives Israel the green light to do whatever it wants in the West Bank.”

Abu Youssef isn't alone in his prediction that Trump's agenda for a settlement between the Palestinians and Israel doesn't include a separate, fully sovereign Palestinian state.

Sources familiar with the plan's main elements told The Washington Post on April 14 that the plan “links peace and economic development to Arab recognition of Israel and acceptance of a version of the status quo on Palestinian autonomy, as opposed to sovereignty.”

Abu Youssef said there is Palestinian consensus to reject the US plan to end the Palestinian-Israeli conflict through economic means and promote normalization between Arab countries and Israel.

“Rights cannot be traded in for money," he said.

On May 22, the PLO officially announced it will boycott the Bahrain economic conference to be held in late June, which was proposed by the US administration and will focus on the economic aspect of the White House peace plan.

“With a friend [Trump] as the US president, Israel has achieved all the strategic ambitions that deny the rights of others, such as the recognition of Jerusalem as the capital of Israel, which came in a US decision on Dec. 6, 2017, and the recognition of Israeli sovereignty over the Golan Heights on March 25, and now new endeavors to annex West Bank settlements as well,” Abu Youssef noted. He stressed that the Palestinian Authority [PA] will insist on adhering to international law as the criterion and basis for any political solution with Israel.

Walid Assaf, head of the Colonization and Wall Resistance Commission, told Al-Monitor, “The efforts to transfer the powers of the civil administration to the Israeli ministries directly mean the annexation of the West Bank settlements to Israel. This will lead to annexing Area C — which amounts to over 60% of the entire area of the West Bank — to Israeli sovereignty.”

He noted that annexation would disrupt communication between Palestinian villages and cities.

He expects Israel to annex more Palestinian land to expand its settlements and create more roads to connect them at the expense of Palestinian land and encourage further settler attacks against the Palestinians and their properties and farms in Area C.

According to the latest data, published Jan. 28 by B’Tselem - Israeli Information Center for Human Rights in the Occupied Territories, the number of Israeli settlements throughout the West Bank had reached 250 by the end of 2017.

“Annexing West Bank settlements to Israel would pave the way for Israel to perpetuate a policy of ethnic cleansing against the Palestinians, and this will push the Palestinians in Area C to migrate to PA-controlled Areas A and B,” Assaf said.

He pointed out that in late April, the Colonization and Wall Resistance Commission presented the Palestinian government with a plan to boost the determination of the Palestinians in Area C and to address all of Israel’s efforts there, noting that the government is currently considering this plan and will adopt it soon.

“This plan is based on three axes: first, to intensify legal follow-up at the international level for all decisions made by Israel to annex land from the West Bank; second, to strengthen the steadfastness of the citizens in these areas by providing financial and logistical support for the survival of farmers on their land; and third, to improve geographical communication between villages and towns in Area C,” Assaf said.

In addition, the PA is pursuing political action to extract and follow up on international resolutions condemning the settlements and demanding that Israel ends such practices, he noted. For example, UN Security Council Resolution 2334 of December 2016 condemns Israeli measures to bring about demographic change in the Palestinian territories occupied in 1967, including East Jerusalem.

Hanna Issa, an international law professor at Al-Quds University in Abu Dis, told Al-Monitor, “The Israeli occupation has always been there. It is essential that the Palestinian territories [including the Israeli settlements] remain administered through the civil administration of the Israeli army [in cooperation with the Palestinians] until this occupation ends.”

He noted, “Limiting the powers of this administration and giving its responsibilities to the Israeli ministries is a dangerous step aimed at annexing occupied areas under international law.”

Issa pointed out that this step is a direct violation of Security Council resolutions 242 of 1967 and 338 of 1973, stating that all Palestinian territories Israel took over in 1967 are illegally occupied, including East Jerusalem.