Palestinians decry the Israeli Cabinet issuing construction permits to Palestinians in Area C, considering that Israel does not have the right to allow or prevent Palestinian construction, and believe the scheme is to annex Area C to its territory. 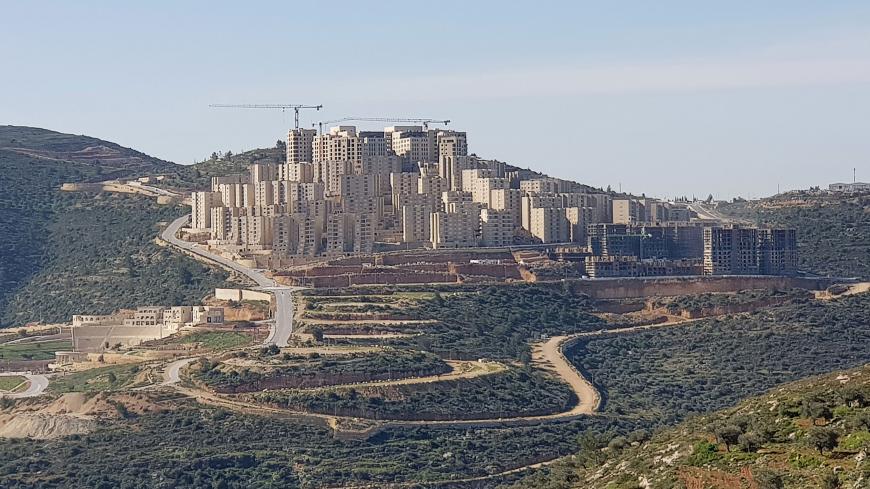 GAZA CITY, Gaza Strip — The Israeli Cabinet approved July 30 the construction of 715 houses for Palestinians in Area C. Such a rare step came one day before US President Donald Trump's senior adviser Jared Kushner arrived in Israel, as part of the US administration’s preparations to announce the details of the peace plan, also known as the "deal of the century," in the upcoming months.

Nevertheless, the construction plan — which Israeli Prime Minister Benjamin Netanyahu suggested and which gives the green light for the construction of 6,000 housing units in the West Bank settlements as well — has been rejected by the Palestinians and has ignited the ire of Israeli's right wing.

The Palestinian Ministry of Foreign Affairs said in a July 30 statement, “Every day, the Israeli government shows that it deals with the occupied Palestinian territories classified as Area C as a strategic reserve for the settlements.” The ministry warned against any Israeli attempt to turn all settlements and outposts into a single settlement bloc that is grouped geographically “into a Jewish state for the settlers in the West Bank.”

It continued that such schemes point at “the Israeli official denial that there is occupation and its persistence in dealing with the West Bank as part of the occupying state.” The statement indicated that the decision is “an attempt to mislead the world by embellishing and well-establishing the expansion of settlements through formal approvals and fake promises of permitting Palestinians to build on their homeland’s soil.”

To boot, a number of heads of Israeli settlements rejected Netanyahu's proposal and demanded that the Israeli government deals with an iron fist with Palestinian construction in Area C, Israel’s i24 News reported July 30.

They also demanded that the government permits construction projects in the West Bank and Jordan Valley unconditionally.

Under the Oslo Accord, which Israel and the PLO signed in 1995, Israel has security and administrative control over Area C that represents more than 60% of the West Bank and where Palestinians want their own state to be built based on the two-state solution.

Tayseer Khaled, a member of the PLO's Executive Committee, told Al-Monitor that Israel is not entitled to allow or prevent Palestinians to carry out construction on their own land and in their homeland, in reference to the issuance of the construction permits. Khaled described the decision as “a war crime.”

He added, “This is an occupied Palestinian land that is under Israeli military control. What is happening in Area C contradicts the agreements signed with Israel and consists of a violation of the international legitimacy’s resolutions, including UN Security Council Resolution 2334 of December 2016,” which calls on Israel to halt settlement activities in the occupied Palestinian territories including East Jerusalem.

Khaled perceived Netanyahu's plan to be “a political maneuver,” stressing that “a few days ago, the Israeli authorities demolished Palestinians' houses in Wadi al-Hummus in Sur Baher, which is located in Area A. In the face of such a crime, he wants to introduce himself as someone lenient with Palestinian construction in Area C. His goal is to contain the international condemnations of the demolition in Wadi al-Hummus.”

He added that the plan points at the Israeli intention to annex Area C, noting that Netanyahu’s recent decision is designed to evaluate the reactions in advance.

Commenting on the response the PLO put forward, he said that there are pressure cards the PLO can resort to in countering such an aggressive Israeli expansionist policy, most notably is to cease effect to the agreements signed between the two sides, including the security coordination, withdrawing recognition of Israel, and coordinating joint steps with all concerned parties to fully boycott Israeli goods and prevent their entry into the local market.

He noted, “We are able to respond, to turn tables on the Israeli government and push toward achieving complete disengagement from the occupation.” In addition, in order to corner and prosecute Israel and comdemn its practices in the Palestinian territories, Chapter 7 of the UN charter should be invoked, he added.

Talal Awkal, a political analyst and author for the local Al-Ayyam newspaper, perceived the Israeli decision to be a tool to cover for legitimizing and intensifying Israeli settlements. He told Al-Monitor, “The recent Cabinet decision does neither imply expending the Palestinian Authority competences to Area C nor that Israel is no longer thinking of annexing these areas.”

He said Netanyahu wants to reassure the US administration and Arab countries that attended the Bahrain workshop in June that “Israel is flexible when it comes to the deal of the century. The message he wants to deliver seeks to encourage Arab countries to attend the Camp David conference scheduled for September.”

He pointed out that in Area C, there are more than 400,000 setters residing in more than 150 settlements and 100 outposts, while 350,000 Palestinians live in 532 villages. “Israel is thinking of annexing Area C as it believes that it already won the 1967 war and that it has the right to these areas [Area C],” he concluded.