Is PA halting all agreements with Israel another toothless decision?

The Palestinian Authority will stop abiding by the 1995 Oslo II agreement with regard to the classification of areas in the West Bank at the administrative and security levels. But what does this mean for Palestinians? 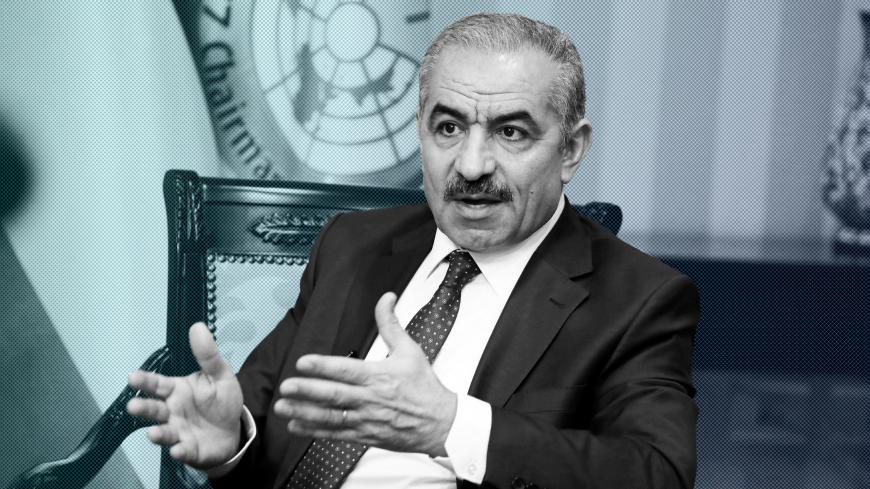 GAZA CITY, Gaza Strip — Palestinian Prime Minister Mohammad Shtayyeh announced during a Cabinet meeting in Ramallah July 22 that the Palestinian government will stop abiding by the 1995 Oslo II agreement with regard to the classification of areas in the West Bank at the administrative and security levels. This comes in response to Israel’s recent demolition of buildings in the West Bank adjacent to East Jerusalem that are under Palestinian Authority (PA) control as per the Oslo Accord.

“Most of the buildings that were demolished and threatened to be demolished fall within areas classified as A and B under the PA administrative control. With this attack, the Israeli occupation forces abolished the areas’ classifications and we will do the same. Israel has violated the signed international agreements,” Shtayyeh said.

The Oslo Accord was supposed to expire five years after its signing, during which Palestinian-Israeli talks would be held to find final solutions to several main issues including the issue of Jerusalem, refugees, settlements, borders and waters. Both sides have yet to reach a comprehensive peace agreement and the Oslo agreement is still in place.

During his meeting July 25 with European Union (EU) ambassadors and representatives in Ramallah, Shtayyeh reiterated that these classifications no longer exist.

He said, “This decision marks the beginning of a new phase of the struggle against the Israeli occupation of the West Bank and would entail several [escalatory] steps as the Palestinian government would stop dealing with the Israeli authority in the West Bank and start the implementation of several development plans and projects in Area C without any coordination with Israel.”

He explained that the government would now implement its development projects including the rehabilitation of agricultural lands, the building of hospitals and construction of roads through coordination with the local authorities. I.e., municipalities and civil institutions in Area C.

The local authorities that work independently from the PA and Israel usually carry out such projects without having to coordinate with the Israeli authorities.

Walid Assaf, head of the PLO Wall and Settlement Resistance Committee, told Al-Monitor, “The Oslo Accord no longer has any value after the demolition of houses in Areas A and B.”

Assaf explained that the government has prepared a plan to exercise its role in Area C away from any coordination with Israel, which includes sub-plans to implement a thousand development projects in the area in the agricultural, industrial, construction, development and educational sectors in collaboration with local councils and civil society institutions.

In regard to the Palestinian security sovereignty in Israeli-controlled Areas B and C, Assaf said, “Since the Israeli army imposes its security control over these areas, the Palestinian security can not be present there. The government, however, will form people’s committees that it will support to provide protection to the residents of towns and villages from attacks by the Israeli army and settlers.”

Assaf noted that the weapons of these committees are slingshots and rocks, the traditional resistance weapons. “It is true that rocks can't compete with the settlers’ heavy arms but this is our only choice to fight the Israeli aggression,” he added.

“The PA’s attempts to impose its presence in Area C have significantly increased since February when Israel froze some of the tax funds. The PA has been trying to resort to development projects in Area C to offset the confiscated funds,” Nasr Abdullah, a professor of economics at Birzeit University in Ramallah, told Al-Monitor.

On April 30, head of the Palestine Investment Fund (PIF) Mohammad Mustafa announced the establishment of a large agricultural investment company with an initial capital of $80 million, financed by PIF, to invest in agriculture in Area C.

PIF has supported agricultural projects that include the cultivation of 540 dunams (133 acres) of land with seedless grapes in the northern Jordan Valley.

He explained that according to a report by the World Bank in October 2013, the PA’s investments in Area C could generate $3.4 billion per year in profits and increase the Palestinian gross domestic product by 35%.

He said, “At the administrative level and in reality the government will begin to play its administrative role across all the West Bank territories regardless of Israel’s approval."

Okal believes that the PA’s attempts to expand its control over Israeli-controlled areas would exacerbate the conflict between Palestinians and Israel, and would result in a new struggle for liberation for the Palestinians.