While Defense Minister Moshe Ya'alon is treated as a hero for his temporary refusal to let settlers invade two houses in Hebron, let's not forget his past and certain future support for the settlement enterprise. 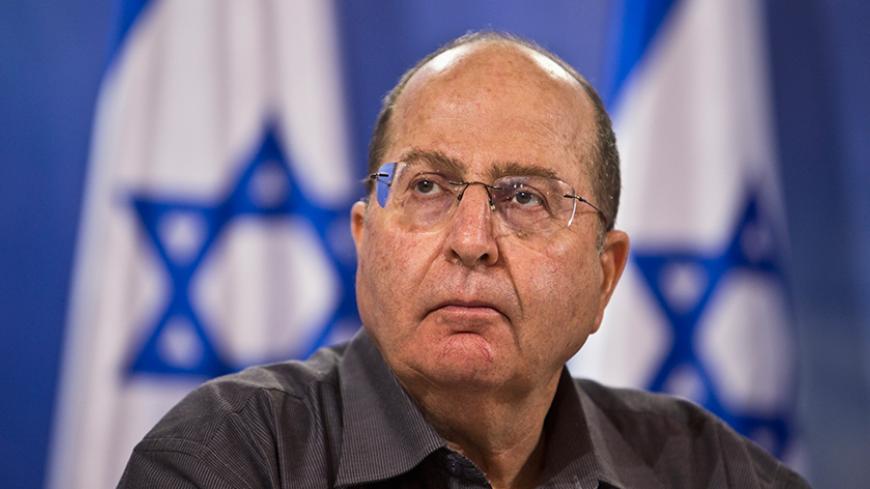 “Houses in Hebron should be treated just like houses in Tel Aviv,” said Culture and Sports Minister Miri Regev, lashing out at her Likud Party colleague Defense Minister Moshe Ya’alon during the Jan. 24 Cabinet meeting that dealt with, among other issues, the eviction of settlers who broke into two homes near the Tomb of the Patriarchs in Hebron.

“And what if someone should want to buy a house in the heart of Nablus?” Ya’alon countered. He then went on to say that first of all, one must ascertain that the purchase is legal and second, “In communities in the center of the country, there are no repercussions for defense and diplomacy as there are in Hebron.”

The settlers usually skip over the first obstacle with relative ease. They convince the court that the building was bought legally. Then the minister of defense signs the permit they need to occupy the house, and they can pack their things and move in. The process often takes less time than getting approval from the Tel Aviv municipality to move into a house in the city. Such was the case with the so-called “House of Contention” into which settlers moved in April 2014, having received a permit signed by Ya’alon, dubbing it “the House of Peace.”

Prime Minister Benjamin Netanyahu has already expressly promised, “The minute the permits are approved, the settlers will be able to return to the homes, as has happened in similar cases in the past.” But then, what about the security repercussions of which Ya’alon spoke? It’s hard to believe that the prime minister and defense minister are of the opinion that allowing radical right-wingers into the heart of such a volatile Arab town, especially at this time, is the right move in terms of security. And what about the diplomatic repercussions? Barely a week has gone by since US Ambassador to Israel Dan Shapiro expressed criticism of the government’s settlement policy, on Jan. 18. The Americans know full well that even if nine Supreme Court justices rule that the Hebron houses were purchased legally, the area’s military commander reserves the right to prevent the settlers from moving in. It would take just one short phone call from the defense minister’s office. But judging by past experience, even under defense ministers from the Labor Party, this authority will not be used.

As far as Ya’alon is concerned, when it comes to construction for Jews in the West Bank, everything is legal. On a visit to outposts in Samaria in the summer of 2009, Ya’alon said, “Unfortunately, the term ‘illegal’ has taken root. This term is in itself illegal.” According to him, “These are outposts established with full authority and permission, and only the planning and construction process has not been completed.” Thus, the problem is not what the ambassador argued: “There seem to be two standards of adherence to the rule of law: one for Israelis and another for Palestinians.” The root cause of the problem is not in the discriminatory enforcement of the law, but rather with a discriminatory policy designed to push aside the Palestinians and settle Jews in their stead.

This is how it’s carried out: Between 2010 and 2014, Palestinians living on West Bank lands designated as Area C submitted 2,020 requests for building permits. Only 33 of them (1.5%) were granted. The zoning plans that the Civil Administration approved for settlers apply to 282,174 dunams. On the other hand, zoning for Palestinians in Area C has only been approved on 18,243 dunams — less than 1% of the land there. The planning for each settler covers an area 13 times as big as that planned for every Palestinian.

On the other hand, as far as demolition orders are concerned, the Palestinians are way ahead. Some 77% of the demolition orders issued by the Israeli Civil Administration since 1988 were for buildings located on land recognized by Israeli authorities as being under private Palestinian ownership. Everything is done legally — sanctioned by the law of the occupation, which the international community views as violating international law.

The Hebron-Ya’alon affair enables the defense minister to set himself apart from outlandish politicians such as Miri Regev, and to portray himself as the Likud’s "responsible adult." But for those with short memories, here is a selection of the tunes he has sung in recent years:

With such a “moderate” politician, who needs radicals? But given the way things are, all Ya’alon has to do is to temporarily refuse to obey the settlers’ orders to get a medal from the media for his determined stand vis-a-vis the radical right in his party. Mazal Mualem wrote for Al-Monitor this week that Ya’alon “was left virtually on his own in the battle over the rule of law.” The fact that he is a member of the government alongside a convicted felon like Interior Minister Aryeh Deri enhances his image as "Mr. Clean."

Even Knesset member Tzipi Livni of the opposition, considered a political dove, praised the defense minister, “who was not afraid to take a risk by confronting members of the Likud central committee and discharged his duty to protect security and the rule of law.” In other words, absent a songbird, even a crow can be considered a nightingale.