Agnes Callamard told The Guardian that a UN colleague informed her a visiting Saudi official threatened to have her "taken care of" during a meeting in Geneva in January 2020. 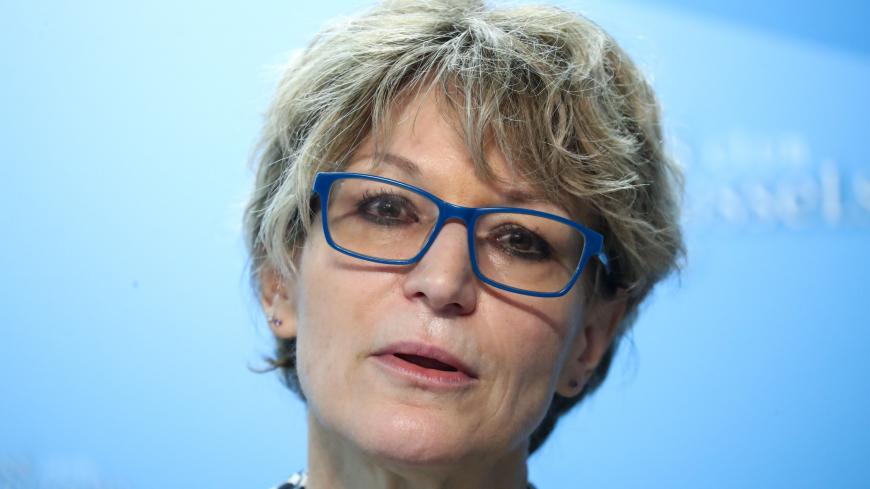 The United Nations special rapporteur on extrajudicial, summary or arbitrary executions, Agnes Callamard, speaks on Dec. 3, 2019, in Brussels regarding the UN investigation into the unlawful death of Jamal Khashoggi. - ARIS OIKONOMOU/AFP via Getty Images

Callamard told The Guardian that a UN colleague informed her that a visiting Saudi official twice threatened to have Callamard "taken care of" during a meeting of Saudi and UN officials in Geneva in January 2020.

The UN officials in the room understood the comment to be a death threat, Callamard told the newspaper.

“When UN officials expressed alarm, other Saudis who were present sought to reassure them that the comment ought not to be taken seriously,” reported The Guardian, which said it independently confirmed Callamard’s account.

“The Saudi group then left the room but, Callamard was told, the visiting senior Saudi official stayed behind, and repeated the alleged threat to the remaining UN officials in the room.”

Callamard said she was told the Saudi officials also criticized her investigation into Khashoggi and accused her of receiving money from rival Qatar.

Callamard, a French human rights experts, led the high-profile UN inquiry into Khashoggi’s killing at the Saudi Consulate in Istanbul in 2018. Her nearly 100-page report released in June 2019 found that Saudi Arabia was responsible for the “deliberate, premeditated execution” and that there was “credible evidence” to investigate Crown Prince Mohammed bin Salman and other top officials.

The US intelligence report released last month reached a similar conclusion, finding the crown prince had “approved" the operation. Given his control over decision-making in the kingdom, the declassified intelligence summary said it was “highly unlikely” that Saudi officials would have acted without his authorization.

The Saudi government maintains that Khashoggi was killed in a “rogue” operation without Prince Mohammed’s direct knowledge.

Callamard has reportedly faced other threats to her life while serving as the UN special rapporteur on extrajudicial, summary and arbitrary killings, a role she has held since 2016.  Philippine President Rodrigo Duterte once threatened to slap her if she investigated extrajudicial killings linked to his drug crackdown.

Callamard is leaving the UN to join Amnesty International as the organization’s secretary-general later this month.