Intel: Latest UN Khashoggi report could up pressure on Saudis

Saudi Crown Prince Mohammad bin Salman’s efforts to distance himself from the gruesome murder of journalist Jamal Khashoggi in the kingdom’s consulate in Istanbul have suffered a major setback at the United Nations. 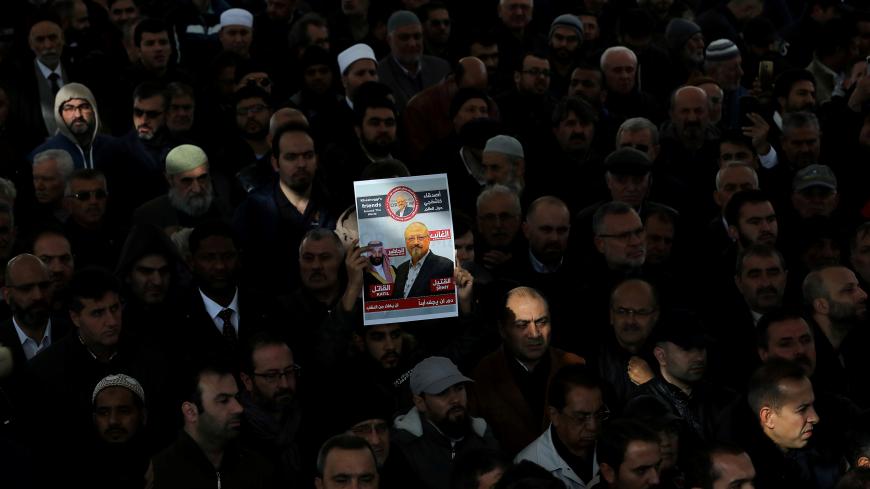 Saudi Crown Prince Mohammad bin Salman’s efforts to distance himself from the gruesome murder of Saudi journalist Jamal Khashoggi in the kingdom’s consulate in Istanbul suffered a major setback at the United Nations today when the body’s special rapporteur on extrajudicial executions, Agnes Callamard, said evidence suggests that the crown prince and other senior Saudi officials are liable for the Saudi dissident’s death in October.

“There is credible evidence warranting further investigation of high-level Saudi officials’ individual liability, including the crown prince’s,” Callamard said in a 100-page report that took months to write. “Every expert consulted finds it inconceivable,” she noted, “that an operation on this scale could be implemented without the crown prince being aware, at a minimum, that some sort of mission of a criminal nature directed at Mr. Khashoggi was being launched.”

Why it matters: Callamard’s report confers global legitimacy to Turkey’s claims that the crown prince was directly responsible for Khashoggi’s death, a position upheld by Western intelligence in their own assessments. Ankara gave the United States, the European Union and Callamard secretly taped audio material documenting Khashoggi’s murder. His body was dismembered with a bone saw by a hit team tasked with carrying out his execution. It has yet to be recovered despite Turkish authorities’ dogged efforts to find it.

Bin Salman was bruised by the scandal but ultimately survived it, thanks in no small part to the Donald Trump administration, which took no action against the crown prince. The UN report will serve as fodder for his multiple enemies both at home and in the region.

The crown prince is seen as the mastermind of the kingdom’s bloody war in Yemen against the Iran-backed Houthi militia and efforts to drive the United States to declare war on Iran. He is also blamed for tensions with US ally Qatar in concert with fellow Crown Prince Mohamed bin Zayed of the United Arab Emirates.

What’s next: Callamard lambasted the kingdom, saying its investigation of the murder had not been carried out in good faith and may have even amounted to obstruction of justice. Saudi Arabia has put 11 officials it claims went “rogue” on trial. They include Maher Abdulaziz Mutreb, a known associate of the crown prince. Callamard said the trial does not meet international standards and ought to be suspended in favor of further investigation of the Washington Post columnist’s assassination in cooperation with the UN. More critically, Callamard called on the FBI to open an investigation and said Washington needs to establish whether the crown prince was indeed responsible under US law. In the unlikely event that the United States complies, his doting father King Salman bin Adulaziz Al Saud may finally shove him aside.

Learn more: Read about how the kingdom’s regional squabbles threaten the Trump administration’s anti-Iran campaign and how Khashoggi’s fiancee is fighting for justice.