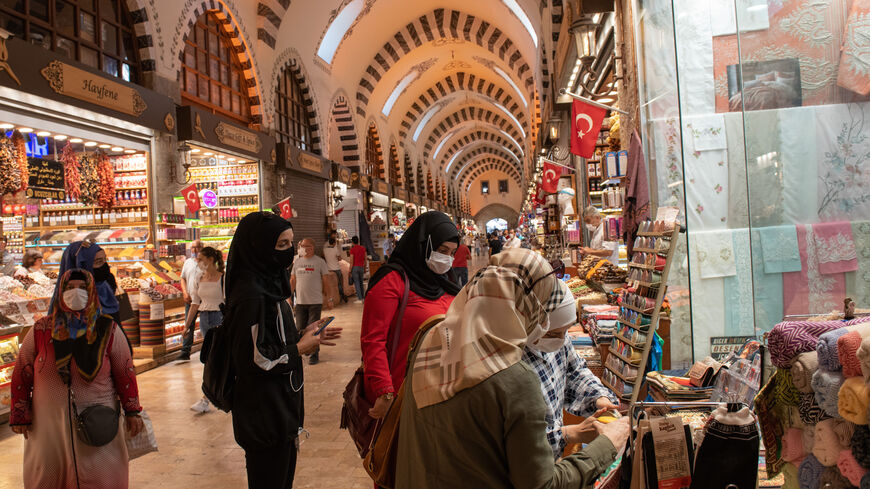 According to health ministry data, the rate of daily COVID-19 infections more than doubled nationwide over the last two weeks, from about 15,500 on March 15 to 32,400 Monday. During the same period, the number of virus-linked deaths also rose from 63 to 154 on March 29.

Taken together, the trends raised concerns among health experts and medical workers, who say the government’s reopening measures were premature and supported tighter restrictions to stop an ongoing surge in the country.

“The normalization drive came early and the vaccination campaign has not been rolled out fast enough,” Dr. Vedat Bulut, secretary general of the executive committee for the Turkish Medical Association, told Al-Monitor.

Since the start of the month, Turkish officials have moved to partially reopen restaurants and schools shuttered in the fall, while lifting weekend curfews in low-risk regions based on a tiered system that imposes stricter measures in areas with higher infection rates. The normalization efforts aim to help struggling businesses and lift the nation’s economy out of a pandemic slump, but the impacts have led to case increases in some regions.

The Black Sea province of Samsun has seen some of the nation’s steepest rises in new COVID-19 cases, surpassing 800 daily infections last week. Adding to health experts’ concerns, 90% of cases recorded in Samsun were found to come from the more transmissible UK variant of COVID-19, Bulut said, citing data gathered by the Turkish Medical Association.

According to the same data, the UK variant currently accounts for about 30% of Turkey's cases, though the presence of other variants, such as the South African and Brazil strains, remains negligible at the moment, Bulut told Al-Monitor. In Turkey’s largest city, Istanbul, variants of the first strain account for 70% of recent cases, according to Hurriyet.

Samsun, along with the neighboring Black Sea provinces of Ordu, Giresun and Sinop, continue to lead the nation in new case counts. Bulut said the trend was likely the result of colder, more humid weather in the region as well as a tendency toward higher occupancy rates per household in the area, facilitating higher transmission rates.

Bulut also said a string of recent political rallies held in the region by President Erdogan’s ruling Justice and Development Party likely contributed to the rise in local COVID-19 numbers.

“Political meetings were held in this area toward the end of February and beginning of March,” Bulut told Al-Monitor. “They were in crowded arenas, in closed areas and there were no social distancing measures. Even masks were not sufficiently used. … Now we are seeing surges in those areas.”

Turkey’s vaccination campaign launched in mid-January and has since administered more than 15 million doses of China’s Sinovac vaccine. Of those who received the jab, about 6.5 million have been fully inoculated with two doses.

The news comes as Turkish Health Minister Fahrettin Koca said the country has to date received 1.4 million shots of the Pfizer-BioNtech vaccine, of which he expects a total of 4.5 million doses to be administered by April. In a tweet Saturday, Koca said citizens over 60 years of age would begin receiving jabs this week as the vaccination campaign includes more age groups and essential workers.

“During the normalization drive in Trabzon, Rize, Samsun and other major cities, workers have been heavily exploited in industries manufacturing basic necessities,” Yildirim told Al-Monitor. “Since the employees do not have time to rest due to overwork … the rate of COVID infections are rising.”

Yildirim said state officials should offer more preventive measures to workers, such as increased testing and financial support for staff under quarantine, and encourage social distancing measures in work spaces.