The crash killed the commander of Turkey's 8th Army Corps in the eastern Bingol province. 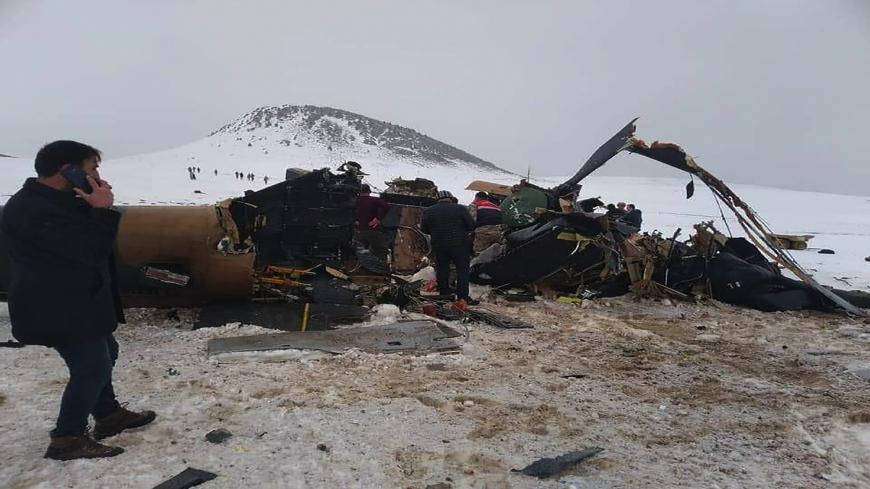 Rescue workers, soldiers and civilians walk around the wreckage of a military helicopter that crashed on March 4, 2021, near the Turkish eastern city of Bitlis.

Nine Turkish soldiers and one commanding general were killed in a helicopter crash in the country’s eastern Bingol province on Thursday, Turkey’s Defense Ministry announced.

Three other personnel were injured after ground forces lost contact with the Cougar helicopter around 2:25 p.m. local time, according to the Defense Ministry's statement.

Among those killed was the commander of Turkey’s 8th Army Corps, Lt. Gen. Osman Erbas. Erbas survived the crash but died of his wounds shortly after, state-run Daily Sabah reported.

Rescue personnel and unmanned aircraft were deployed to the scene to recover survivors. Turkey’s Defense Ministry suggested the crash was an accident and noted that an investigation is underway.

The helicopter was en route to the town of Tatvan in the majority-Kurdish Bitlis province.

The area has seen fighting between Turkey’s armed forces and the insurgent Kurdistan Workers Party for years, though there was no immediate indication that Thursday’s crash was combat-related.

Turkey’s President Recep Tayyip Erdogan expressed sorrow for the victims after being informed of the incident by Defense Minister Hulusi Akar, according to state-run Anadolu News Agency.

“I wish Allah’s mercy on our nine martyred soldiers and patience to their families in sorrow,” presidential spokesperson and national security adviser Ibrahim Kalin tweeted, adding, “I wish immediate recovery to our four wounded soldiers. Our pain is great.”