Clubhouse, an invite-only chat app, is connecting people around the world and providing a platform for muffled voices in Turkey. 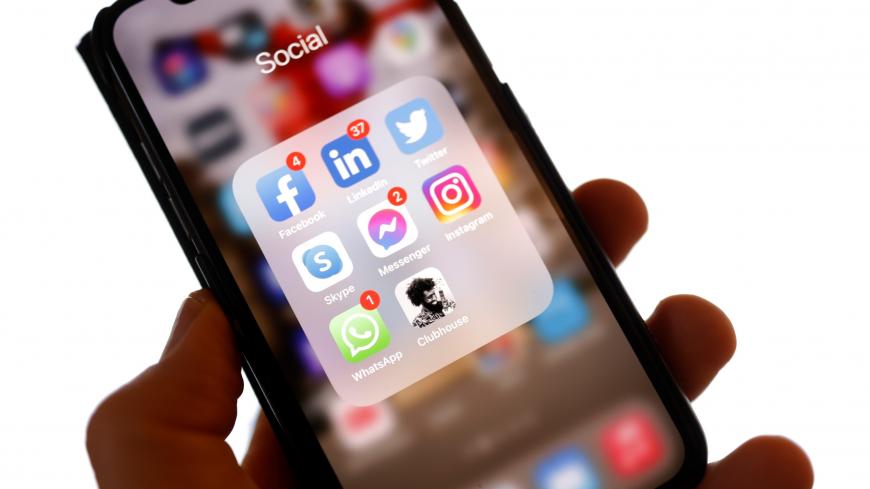 An illustration photo taken on Jan. 25, 2021, shows the application Clubhouse on a smartphone in Berlin. - ODD ANDERSEN/AFP via Getty Images

Turkish social media gurus and policy geeks are all asking each other: Do you Clubhouse?

Although the IOS application has been around since March 2020, it was exclusively used by celebrities, entertainers and Silicon Valley insiders until recently. In May 2020 it had 1,500 users. By the end of February 2021, it had surpassed 10 million downloads.

Despite security breaches, its popularity is booming. Clubhouse is an invite-only chat program that is so far only available to iPhone users. However, in the last week, several Android users on Clubhouse Turkey (CHT) told Al-Monitor they have found a “backdoor” to download and use the application.

Unlike on other platforms, Clubhouse users cannot share information except for a bio and photo. Some of the bios on Clubhouse resemble formal resumes. The application provides an open buffet of chat rooms on endless topics such as meditation, wealth management, foreign language practice, marketing and relationships, all themes that center around connecting and networking. While the world is socially distancing, Clubhouse provides an opportunity to engage.

It was the business community that first discovered CHT in late November. By early January, getting an invite became a status symbol for young people. Hopeful users ask and even pay for invites on other social media platforms.

CHT hosts rooms for different topics. Those who want to move abroad crowd into rooms moderated by expats in the West who work in real estate or law. A user can become an instant celebrity on CHT by opening a room with advice on how to move to Europe, the United States or anywhere else in the West. A 19-year-old with flawless English said, “I want to leave, I would rather be an au pair in London then a college student here.” Similar pleas echo endlessly.

The main demographic of Turkish clubhouse is users in their teens, 20s and 30s. When the Bogazici protests reached their peak at the end of January, journalists and others began to download the app and students began to use it to organize protests and inform the public about what was happening without censorship. Bogazici discussion rooms easily attracted thousands of listeners in minutes. Prominent politicians also joined to show their support.

However, it soon emerged that the Bogazici students who were in the Clubhouse discussing the protests were being taken into custody and users realized Clubhouse is not safe from government intervention. Although the app has no built-in system to record conversations, a user can do so easily. The difficulty lies in the app's spontaneity, because many rooms are formed at the spur of the moment and even speakers join at some degree of randomness. Rooms are given names like “whiskey or beer” to hide discussions on how to curtail government pressure on freedom of assembly and expression.

The isolation caused by the pandemic coupled with ever-growing government censorship have silenced many people, and CHT has provided breathing room. The most popular rooms have often been those in which famous figures express a desire to listen to regular people. CHT has given a voice to those who fear to tweet but still want to share their opinions.

The application has some tools to minimize trolling and tech-savvy Gen Z has found ways to curtail government intrusion while using the app. There have even been sessions on how to recognize government accounts and how to handle them.

The main opposition Republican People’s Party (CHP) spoofed the app to make a satirical video about Erdogan. While at first it was only opposition figures joined and spoke, now current or former members of the Justice and Development Party (AKP) are abruptly joining crowded rooms discussing the hot political issues of the day. Most of these big names come, give a speech and leave, which is not appreciated. The common complaint is that the AKP has all the media, controls all the platforms Clubhouse should be a space for regular users to speak freely. Scores of young people shared this view after a prominent AKP member “bombed” a room discussing corruption. Still, it is refreshing to see members of the government and opposition parties in the same chat rooms. Turkey's president has not yet shown up yet.

Interestingly people who are extremely aggressive on television or Twitter tend to speak softly on CHT. The mood is generally welcoming and encouraging. The general attitude is that this is a democratic platform and everyone has the right to speak. Moderators go out of their way to ensure women's voices are heard and respected. So far, Clubhouse has not been censored in Turkey but like on other platforms, users with fake names are increasing on the app.

One pleasant surprise has been the blossoming of relations among diaspora Turks, including groups of Kurdish and LGBTQI+ people. Members of the Kurdish diaspora in Europe moderate rooms about the Kurdish cause. People in Turkey join in with an insatiable curiosity about the dream of a free Kurdish state. Likewise, Turkish LGBTQI+ community members in Europe explain the opportunities and rights their peers back home should seek. One listener commented at the end of a session, “I have to re-dream all my dreams now.”

Prominent political analyst and author Levent Gultekin, who is also on Clubhouse told Al-Monitor, “The platform became popular in Turkey and we are all watching how it will evolve. It is difficult to assess its political impact at this point.” Gultekin is skeptical that Clubhouse could be as effective as other social media platforms. “One of the main determinants will be how political actors choose to utilize this platform. So far their numbers and presence are limited,” he concluded.

This author concurs with Gultekin. Other social media applications are not completely shut down in Turkey because government officials are able to skillfully manipulate them. For example, diaspora dissidents' Twitter accounts are not accessible in Turkey. Those in Turkey who dare to tweet critically of the government are prosecuted and their accounts blocked. Tweets by government officials, on the other hand, are retweeted in high numbers while an army of paid trolls spread the AKP’s message. That kind of control would be difficult on Clubhouse. Will CHT prove as useful for spreading government propaganda as other platforms? If government officials cannot find value in the application, it may soon be off limits for users in Turkey.