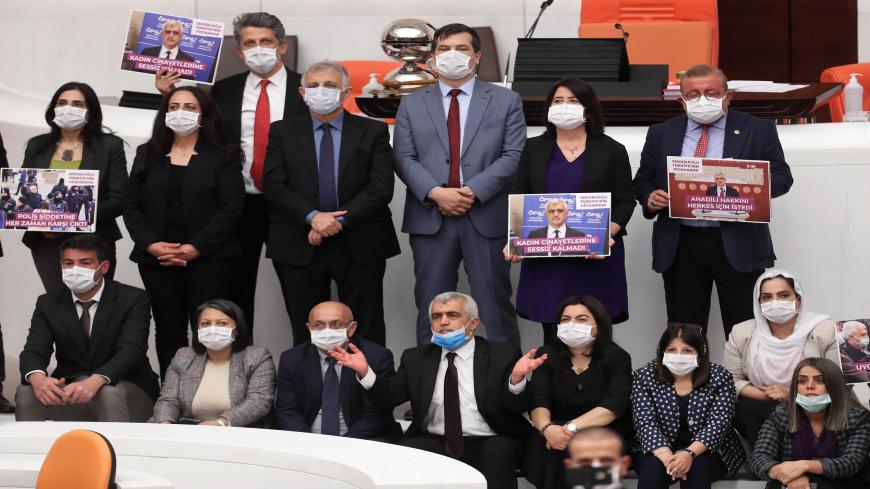 According to state-run Anadolu News Agency, HDP officials in two Istanbul districts were arrested, and police seized “organizational documents and digital materials” in what the news outlet said was an operation targeting the outlawed Kurdistan Workers Party (PKK). The group has waged a decadeslong violent insurgency on Turkish soil and is designated as a terrorist organization by Turkey, the European Union and the United States.

On Wednesday, a Turkish prosecutor filed a case with the Constitutional Court to dissolve the HDP, the country’s second-largest opposition grouping in the parliament. The indictment accuses the HDP of ties to the PKK, a Kurdish militant group that both Turkey and the United States have labeled a terrorist organization.

Both the EU and the United States condemned the move, with the US State Department warning the HDP’s dismantling would “further undermine democracy  in Turkey.”

The US statement also expressed concerns over the Turkish parliament’s decision to strip HDP lawmaker Omer Faruk Gergerlioglu of his seat. Gergerlioglu’s expulsion came after a court in February upheld his 2½-year prison sentence for “spreading terrorist propaganda,” a conviction that stemmed from a 2016 social media post about the PKK.

In a separate development on Friday, Turkish police arrested prominent human rights advocate and lawyer Ozturk Turkdogan during a raid on his Ankara home. Turkey’s Human Rights Association (IHD), which Turkdogan chairs, tweeted that he was “released under judicial control” Friday evening but that his arrest was “a blatant human rights violation.”

Turkey’s human rights record has been a continued source of tension with the United States and Europe, and on March 2, President Recep Tayyip Erdogan released a 128-page human rights “action plan” he said was aimed at further strengthening the rule of law. As Amnesty International points out, ironically, Turkdogan “was among those consulted by the Ministry of Justice before the drafting of the Action Plan.”