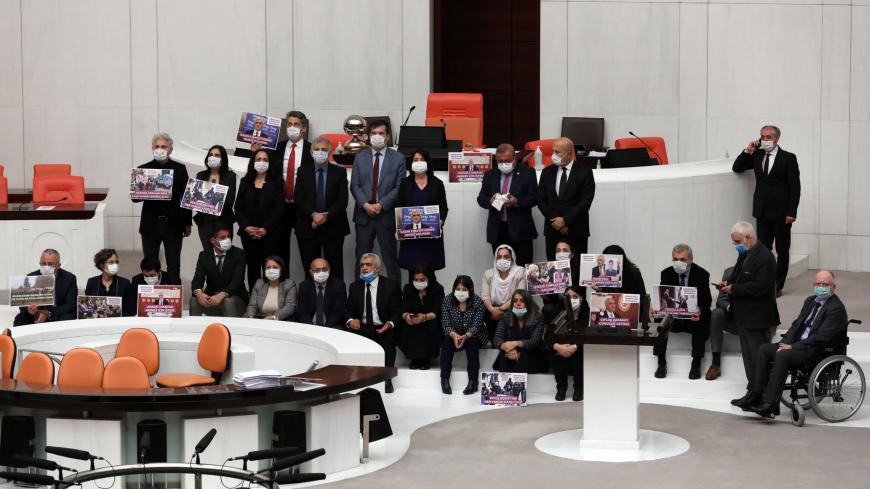 Omer Faruk Gergerlioglu (C, front row with a blue mask), a human rights advocate and lawmaker from the Peoples' Democratic Party (HDP), and his colleagues pose after the Turkish parliament stripped his parliamentary seat, in Ankara, on March 17, 2021. - ADEM ALTAN/AFP via Getty Images

The Biden administration has condemned a Turkish effort to disband one of the country’s largest opposition parties, the pro-Kurdish Peoples’ Democratic Party (HDP).

On Wednesday, a Turkish prosecutor filed a case with the Constitutional Court to dissolve the HDP, the parliament’s third-largest party. The indictment accuses the HDP of ties to the Kurdistan Workers Party (PKK), a Kurdish militant group that both Turkey and the United States have labeled a terrorist organization.

The same day, the Turkish parliament voted to strip HDP lawmaker Omer Faruk Gergerlioglu of his seat. A court in February upheld Gergerlioglu’s 2½-year prison sentence for “spreading terrorist propaganda,” a conviction that stemmed from a 2016 social media post about the PKK.

The State Department is monitoring the “troubling moves” in Turkey, including the parliament’s expulsion of Gergerlioglu. A statement warned that banning the HDP “would unduly subvert the will of Turkish voters, further undermine democracy  in Turkey, and deny millions of Turkish citizens their chosen representation.”

“We  call on the government of Turkey to respect  freedom of  expression in line with protections in the Turkish constitution and  with  Turkey’s international obligations,” State Department spokesman Ned Price said.

The statement marks the latest rebuke from the Biden administration over the human rights situation in Turkey. In February, the State Department issued a formal statement saying it was concerned by the treatment of student protesters in Turkey, as well as the anti-LGBT rhetoric sparked by the demonstrations.

Ties between the NATO allies are also strained over a number of other issues, including Turkey’s incursion into Kurdish-held northeast Syria, Turkey's drilling in the eastern Mediterranean and Ankara’s multibillion-dollar acquisition of Russia’s S-400 missile defense system. During his confirmation hearing, Secretary of State Antony Blinken referred to Ankara as a “so-called strategic ally” and said the Biden administration would review whether further sanctions were needed over its S-400 purchase.

In another sign the US-Turkey relationship will look different in the new administration, President Joe Biden has yet to speak with President Recep Tayyip Erdogan. Biden has placed calls to a number of other leaders in the region, including Israeli Prime Minister Benjamin Netanyahu and Saudi Arabia’s King Salman bin Abdul-Aziz Al Saud. 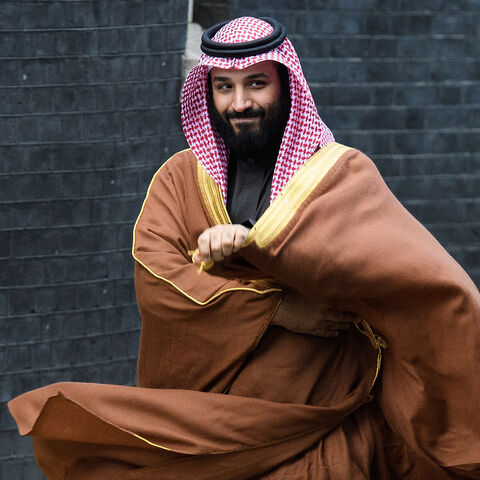