Egypt and Sudan demanded that Ethiopia returns to the Grand Ethiopean Renaissance Dam negotiations, through international quartet mediation, but Addis Ababa refuses to internationalize the crisis. 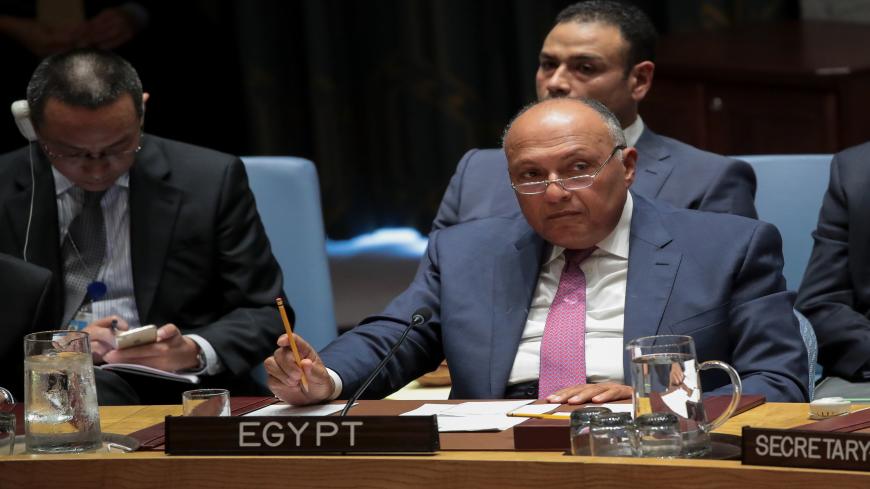 Egypt and Sudan have called on Ethiopia to resume negotiations on the Grand Ethiopian Renaissance Dam (GERD) as soon as possible to reach an agreement that would end years of conflict between the three countries.

On March 2, Egyptian Foreign Minister Sameh Shoukry met with his Sudanese counterpart Mariam al-Sadiq in Cairo and issued a joint statement calling on Ethiopia to show good faith and engage in an effective negotiation process to reach a legal and binding agreement that achieves the interests of the three countries, preserves the water rights of Egypt and Sudan, and limits damages.

Shoukry and Sadiq stressed their adherence to the proposal made by Sudan and later supported by Egypt on developing the negotiation mechanism by forming an international quartet that includes the United States, United Nations, European Union and African Union (AU), led and managed by the Democratic Republic of Congo in its capacity as the current AU head, to mediate in negotiations.

However, on March 3, Addis Ababa rejected the internationalization of the crisis and adhered to AU-brokered negotiations only. In a weekly press briefing, Ethiopian Foreign Ministry spokesman Dina Mufti said that calling on different parties to mediate while the AU-led negotiations have not been completed is demeaning to the AU’s efforts.

Mufti noted that Ethiopia believes the negotiations supervised by the AU will achieve a win-win solution.

Months of endless attempts by South Africa, as AU head in 2020, to broker a deal to end the negotiation stalemate, have failed. Since Jan. 10, negotiations have been suspended due to Khartoum's withdrawal from the meetings, in protest to what it called a useless methodology on which the talks were held. The Democratic Republic of Congo hopes it can bring all parties to the negotiation table again since it assumed the presidency of the AU in February.

Ethiopia hopes the GERD will turn it into the largest supplier of hydropower in Africa. However, Egypt and Sudan fear that their share of water will be greatly reduced, which will affect their development prospects.

Egypt and Sudan believe that Ethiopia's implementation of the second phase of filling the dam reservoir unilaterally would constitute a direct threat to their water security and a violation of the Declaration of Principles agreement concluded between the three countries in Khartoum on March 23, 2015.

Egypt says that the Declaration of Principles obliges the three countries to agree on guidelines and rules for operating the dam before the filling process.

Abbas Sharaqi, a professor of geology and water resources at Cairo University, warned against deepening the crisis if Ethiopia moves forward with the second phase without reaching an agreement. “The two downstream countries can bear the impact of the volume of water that will be deducted from them,” Sharaqi told Al-Monitor. “But the real crisis is with Ethiopia imposing a fait accompli policy.”

He said that Egypt and Sudan are looking forward to an agreement on the rules of filling and operating the GERD. “The amount of water will decrease in all cases due to filling, but if there is an agreement, the effects of this process on the two downstream countries can be reduced through coordination,” he added.

He questioned the possibility of resuming negotiations, noting that the current dispute is over Egypt and Sudan wanting an international quartet to assume the role of mediators rather than observers, which Ethiopia rejects.

“Egypt and Sudan will only accept international participation in the negotiations alongside the AU; otherwise, negotiations will not be resumed,” Sharaqi noted.

Egyptian observers who spoke with Al-Monitor praised the Egyptian-Sudanese rapprochement diplomatically and militarily in order to pressure Ethiopia to resume negotiations, and said that the Egyptian administration wanted to support Sudan's proposal regarding the quartet mediation and that it seeks to resort to the UN Security Council in the future if the negotiation stalemate continues.

Egypt resorted to the UN Security Council after the negotiations reached a dead end in July 2020, after which the council called on the three countries to resume AU-sponsored negotiations.

Naglaa Merhi, assistant professor of political science at King Abdulaziz University in Saudi Arabia, who specializes in African affairs, told Al-Monitor that the ongoing coordination between Egypt and Sudan will pressure Ethiopia into resuming negotiations.

Sadiq’s visit to Cairo March 2 coincided with the visit of an Egyptian military delegation to Khartoum, on March 1, headed by the chief of staff of the Egyptian armed forces, Lt. Gen. Mohamed Farid, during which he signed a military cooperation agreement with Khartoum in the fields of training and border security, as the border conflict escalates between Sudan and Ethiopia.

Merhi noted that the AU is unable to resolve the crisis alone; it was necessary to invite international bodies to make a breakthrough, but the success of this proposal relies on Ethiopia changing positions.

Besides the negotiation mechanism, there is still a list of pending technical issues, including the way the dam operates during the “dry years” when there is less rainfall, and thus the amount of water that Addis Ababa will release to the two downstream countries will decrease. Not to mention legal issues related to whether the agreement and its mechanism for resolving disputes should be binding, which is what Egypt and Sudan are demanding.

On Feb. 20, the US administration announced revoking former President Donald Trump’s decision to suspend some aid to Ethiopia against the backdrop of the GERD. State Department spokesman Ned Price said that the Joe Biden administration will review the US policy on the GERD and assess the role it can play to facilitate a solution between the three countries.

In September 2020, the Trump administration had announced the suspension of $272 million in aid intended for Ethiopia, which was accused of being reluctant to adhere to the Washington-sponsored talks on the GERD, and the talks failed when Addis Ababa refused to sign a draft agreement to end the conflict and accused Trump of siding with Egypt.

Merhi concluded that Egypt wants to exhaust all possible negotiation scenarios before resorting once again to the UN Security Council.