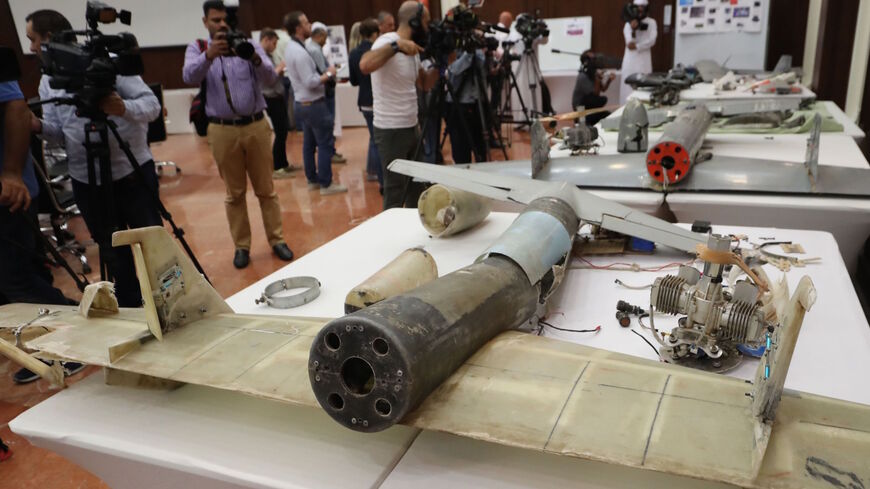 A picture taken on June 19, 2018, shows debris of Iranian-made Ababil drones displayed Abu Dhabi that the Emirati armed forces say were used by Houthi rebels in Yemen in battles against the coalition forces led by the United Arab Emirates and Saudi Arabia. - KARIM SAHIB/AFP via Getty Images

The Saudi military and Houthi forces in Yemen clashed between Thursday night and Friday morning as the cross-border conflict continues to escalate.

The Houthi-affiliated Almasirah Media Network reported that Houthi forces launched multiple drones and missiles toward Jazan, Dammam on the east coast and other areas Friday morning. The outlet did not report any damage caused by the strikes, but said the operation “successfully achieved all its objectives.”

There have been several Houthi attacks on Saudi Arabia this month, with Riyadh in turn striking Houthi positions in the country.

Yemen is embroiled in a harrowing civil war between the government, which is backed by a Saudi-led military coalition, and the Houthi rebels, who are supported by Iran. The conflict has created a humanitarian crisis in the Gulf country. A Saudi peace initiative this month has thus far failed to stop the fighting.

The current round of cross-border attacks is showing no signs of ending. Houthi spokesperson Mohammad Abdul Salam said that the forces will continue responding to Saudi bombs in Yemen, including by hitting the Saudi state-owned oil company Aramco.

“We respond to the aggression by striking military installations. Any raid of aggression on Yemen will be responded with a missile,” he said, according to Almasirah. “We will strike Aramco even if it feeds the whole world.”

The Saudi-led coalition also vowed to continue operations to “safeguard civilians” in a Friday statement.