Lebanon’s ruling elite has yet to form an urgent government to launch reforms to address the country’s worst economic crisis in decades, amid ongoing political bickering. 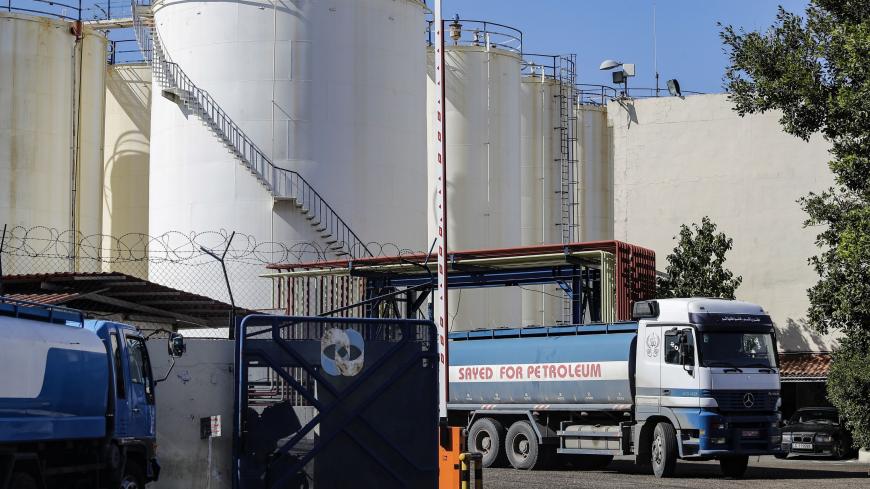 A fuel truck drives out of a distribution company in the Lebanese capital, Beirut, on Feb. 24, 2021. Lebanon is locked in its worst economic crisis since the 1975-1990 civil war, with no end in sight. Food, gasoline and taxi fares have become increasingly expensive as the value of the Lebanese pound has plunged against the dollar. - JOSEPH EID/AFP via Getty Images

Six months after the resignation of the Lebanese government headed by Hassan Diab in the wake of the Aug. 4 Beirut port explosion, instability is still at center stage in Lebanon. A new government has not yet been formed and public anger is rising due to the economic situation. Meanwhile, demonstrators have been blocking roads in many Lebanese areas in protest against the deteriorating situation.

The economic situation in Lebanon has been going downhill since August 2019 after the Lebanese currency fell in value, going from 1507.50 to 1,585 to the dollar, sparking massive nationwide protests, which were further fueled by government plans to impose taxes on fuel, tobacco and voice calls made through WhatsApp and other apps.

A report published by the UN Economic and Social Commission for Western Asia in February says poverty in Lebanon has exceeded 55% and unemployment has grown after 23% of the workers in the main sectors were laid off.

A study conducted by the World Food Program in August 2020 shows that food has become a main source of extreme concern for the Lebanese people. Around 49% of Lebanese respondents in the study said they were worried about not being able to put bread on the table.

Purchasing power has declined due to the collapse of the Lebanese currency. The minimum wage in Lebanon is set at 675,000 Lebanese pounds per month. Before the financial crisis, this was equivalent to $450. A money changer in Chtaura in eastern Lebanon told Al-Monitor that with the exchange rate on the black market reaching 13,300 Lebanese pounds to the dollar March 23, the minimum wage is now about $50 per month or less than $2 a day.

Another study also published Feb. 24 by Information International says that public sector employees’ minimum wage had dropped from $633 to $101 because of the Lebanese currency's fall and that a salary of a first-ranking general director in the public sector had sunk from $3,000 to $478.

This year's inflation has led to a 400% increase in the prices of foodstuffs, according to Central Administration of Statistics figures. The price hike due to inflation in Lebanon between December 2020 and February 2021 was as follows: food and non-alcoholic beverages, 402%, alcohol and tobacco, 392%; clothing and shoe prices, 560%; restaurants and hotels, 609%; and furniture, home appliances and routine maintenance, 655%.

The head of the Syndicate of Food Importers, Hani Bohsali, told Al-Monitor, “Goods and merchandise will remain available and present in Lebanon as long as we can secure the dollar currency. I demanded security and dollars [hard currency] so that we can import food commodities.”

In response to Al-Monitor's question about the tendency of some food stores to price goods in dollars rather than Lebanese pounds, Bohsali said, “This step cannot be implemented without the approval of a special law in parliament, since the pricing of foodstuffs is set in Lebanese pounds according to the Consumer Protection Law.”

Nassib Ghobril, the chief economist at Byblos Bank Group, told Al-Monitor, “The roots of the financial crisis in Lebanon date back to late 2017, when the Lebanese government imposed new taxes on consumption, movable property and official transactions.”

As for the main reason behind the ongoing financial crisis, Ghobril said, “It is due to the lack of a serious political will to form a government and launch a reform plan that restores the confidence of the Lebanese people at home and abroad in the private sector. Such confidence paves the way for pumping capital and foreign currency into Lebanon, and consequently reduce the public deficit.”

In January 2020, the Lebanese parliament approved the budget law, with an projected deficit of 7% of gross domestic product.

Ghobril said, “The solution lies in forming a government that sets an integrated financial plan [to solve] the financial situation, initiates the required reforms, and relaunches negotiations with the International Monetary Fund to address the imbalances in public finance, and to unify the exchange rate, which witnessed a parallel exchange market for the first time in September 2019.”

The Central Bank covers 90% of the prices of oil derivatives at the official rate of 1,515 pounds, while gasoline stations and distribution companies cover the remaining 10% in hard currency (dollars). As for humanitarian aid, the Central Bank sent a letter to a number of international donor organizations that provide financial support to the Syrian displaced, asking them to transfer the funds to the bank in dollars, which the bank in turn would disburse to the concerned parties at a rate of 6,240 Lebanese pounds to the dollar.

Ghobril said remittances “amounted to about $7.4 billion in 2019 and $6.9 billion in 2020. There are no figures for 2021, but expatriates still send money in hard currency to their families. But they have stopped sending deposits to banks.”

Local banks in Lebanon have been limiting cash withdrawals of customers' deposits in local and foreign currency for over a year now and have repeatedly closed their doors either due to recurrent protests or the coronavirus crisis. All this is preventing depositors from exercising their rights, as measures to curb withdrawals are illegal since parliament has yet to issue a capital control law.

He said, “There is no clear vision for the next economic scenario in Lebanon. The country is still without a government since the port explosion. Measures and reforms have not been taken yet to face the foggy situation.”

Likewise, cars are lining up at gas stations as citizens wait for their turn to get their fill of fuel. A resident of Arsal in the eastern Lebanon mountain range told Al-Monitor, “The rise in the price of a gallon of gasoline is insane. Some gas stations are raising the price more than the official price by 10,000 Lebanese pounds [per 20 liters, $7.50 according to the official exchange rate] and are only giving citizens a small amount of gasoline.”

A Chtaura resident told Al-Monitor on March 23 that a gas station would only put in 15,000 Lebanese pounds' worth of gas ($10 at the official rate), less than 10 liters of gasoline.

Fadi Abu Shakra, the representative of fuel distributors in Lebanon, told Al-Monitor, “Lebanon is witnessing a catastrophe, and in our sector, we find ourselves confused because of the exchange rate. Distributors need cash stacks in hard currency, that is, in dollars, ranging between $4 billion and $5 billion per day to secure fuel needs. The Central Bank secures 90% subsidies for oil derivatives, while fuel companies, distributors, or gas station owners secure the remaining 10%.”

Based our conversations with sources familiar with the situation, if the BDL removes subsidies on oil derivatives, potentially 90%, the station owners will have to secure dollars from the black market to pay their value. The crisis will worsen with the rise in the global price of a barrel of oil, and thus the price of a canister might as well reach about 100,000 Lebanese or $66 [at the official rate].

To add insult to injury, a March 23 Ministry of Economy and Trade statement announced that the price of bread (960 grams, or 2.1 pounds) has been raised from 2,500 Lebanese pounds to 3,000 pounds ($2 at the official rate), claiming the move was due to the Lebanese currency losing its value and the rise in the prices of raw materials such as wheat used in bread production.