Although Libya's Government of National Unity breaks ground by naming women as justice and foreign ministers, women are still underrepresented in the interim Cabinet. 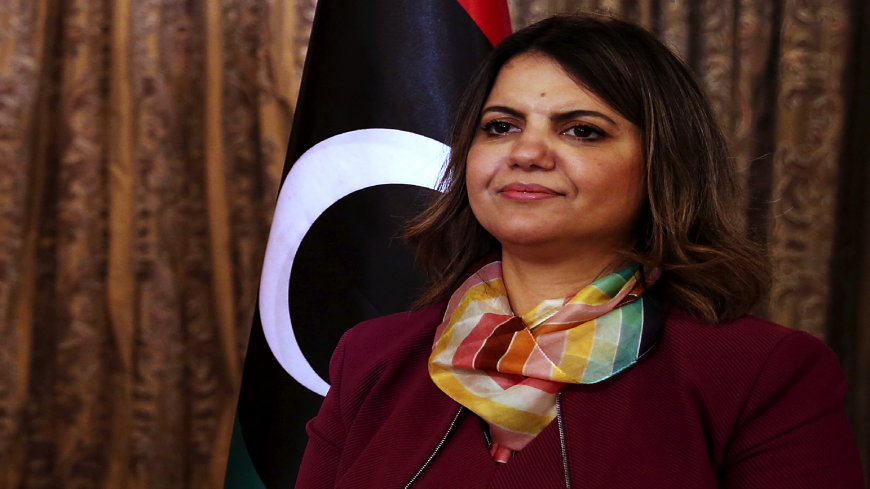 Foreign Minister in Libya's transitional Government of National Unity (GNU) Najla al-Mangoush poses for a picture in the capital, Tripoli, on March 17, 2021. The activist and lawyer from the eastern city of Benghazi is Libya's first female foreign minister in a government that counts five women with two in key portfolios. Nevertheless, this first for the country drew criticism from activists as too little and as not living up to a UN commitment. - MAHMUD TURKIA/AFP via Getty Images

Hanan al-Barassi, a well-known lawyer and activist, was gunned down on a busy street in downtown Benghazi on Nov. 10. Famous for her anti-corruption activism, al-Barassi — nicknamed Granny of Burga — gained prominence for her video clips published on YouTube criticizing government corruption and defending women.

No one has been held accountable nearly five months after her murder, and her case is not the only one left unsolved. A source in Benghazi’s police department speaking anonymously told Al-Monitor in a phone interview, “This case is closed without anyone being charged.” When pressed on whether there is a suspect, he said, “I cannot say anything else.”

Siham Sergewa, an outspoken parliamentarian from Benghazi, was violently snatched from her home on July 17, 2019. Nothing has been heard from her since. It remains unclear if she is still alive. Amnesty International thinks General Khalifa Hifter’s Libyan National Army (LNA) is ultimately responsible, being the de facto authority in large swaths of Libya, including Benghazi.

On the night before her abduction, Sergewa took part via phone in a TV talk show in the midst of LNA’s military offensive on Tripoli. In that interview, she expressed her opposition to the military attack on the capital. That offensive ended in June 2020 when the LNA was defeated and pushed back. Two days after her disappearance, the LNA denied responsibility and ordered an investigation that so far has produced no answers.

Five years earlier, another iconic female leader from Benghazi, Salwa Bugaighis, was killed by masked men after they forced their way into her home and shot her shortly after she cast her vote in the 2014 general elections. At the time of her murder, most of Benghazi was dominated by different militias, including the terrorist group Ansar al-Sharia. While investigations never progressed, terrorists were easy to blame for the unsolved crime.

The LNA took over Benghazi in late 2017, wiping out all terror groups. Yet whoever killed Bugaighis has never been identified or brought to account for the crime.

Libyan women have been paying a heavy price since the country descended into chaos and lawlessness after the 2011 NATO-backed uprising that ended Moammar Gadhafi’s government.

The most recent episode of violence was the 2019-2020 LNA offensive against Tripoli. The 13-month attack and subsequent siege of the city was particularly difficult on families, women and children. The UN mission in Libya estimated that some 149,000 civilians were displaced. In Tarhouna, south of Tripoli, bodies of women and children were found in recently discovered graves after the LNA was forced to retreat from the city.

Security problems, a deeply rooted male culture marginalizing women's issues, and a lack of strong women's organizations have made it difficult to protect women and enable them to have a say in their country’s affairs.

That may be poised to change with the new Government of National Unity (GNU), which was sworn in last week.

In a phone interview with Al-Monitor, Suad Mahdi, a law student at the University of Benghazi, told Al-Monitor, “We (women) continue to pay the heavy price for the revolution 10 years ago.” She added, “At the same time, we are underrepresented in the government and in any national debate.”

Indeed, Libya’s new GNU has only three ministers and two state ministers without portfolios. This is short of the 30% quota of women ministers — a condition imposed by the road map on Prime Minister Abdul Hamid Dbeibah.

Paragraph six of Article 5 of the Libyan Political Dialogue Forum, which elected the prime minister, says that “the representation of women shall be no less than 30%,” or almost nine ministers. However, at the time of swearing-in by the House of Representatives, Dbiebah’s government failed to include that number of women ministers as required.

When asked about the low female representation in his Cabinet during a press conference on Feb. 25, Dbeibah said, “We are a male-dominated society and only a few women have been nominated” to my government. He promised to increase the number of women by nominating more as ministers without portfolios. Yet his final government lineup did make history. Najla Mangoush became the first-ever female foreign minister of Libya. Mangoush took up her post as minister of foreign affairs and international cooperation in a small ceremony at the ministry building in Tripoli on March 17.

In fact, history was made when Mabrouka Tughi Othmane took up her post as minister of culture and knowledge development. Othmane is the first woman from Libya’s Tebu minority to become a minister. Tripoli University’s law professor Fatima Adeeb said of Othmane's role, “Her appointment is part of the regional representation of Libya” highlighting “a new path in the country that acknowledges” diversity.

Another occasion of huge importance, if only symbolic,  for women in Libya is the appointment of the country’s first justice minister — former judge Halima Abdul Rahman Busafi from western Libya.

The reason Dbeibah failed to meet the women's quota for ministers is because “we are still a patriarchal society, and breaking this norm” will take time, said lawyer Nuria Hussain to Al-Monitor from Tripoli.

“We also have to remember that Dbeibah did not handpick all of his ministers,” said Hadi, a political adviser for the outgoing government who does not want his family name published. The behind-the-scenes wrangling of parliament members forced Dbeibah to include ministers not necessary to his liking to guarantee the approval of his Cabinet by the majority.

Indeed, the new prime minister did acknowledge this fact during the second day of the parliamentary hearing to approve his government on March 10 in Sirte. He was angry and frustrated by having to change his government lineup twice to increase its chances of gaining the vote of confidence.

Majida Falah, a former parliament member from Tripoli, said, “When Dbeibah failed to honor his promise of the 30% quota, we did not keep quiet.” A group of women, including Falah, discussed the issue with the prime minister in Tripoli, where he promised to have more women in different government positions. To Falah, having five women ministers will set an “example for future governments” that they cannot ignore.

The debate on how many women are in Libya’s government aside, the question Al-Monitor asked parliament member Ali Alsaeedi is whether this would have any positive impact on the status of women in society? He responded, “This can only be judged in the months to come."

Whether Judge Busafi, as the minister of justice, will reopen investigations into the murders of Sergewa and Barassi is another matter. While the GNU is meant to be an interim government and only in office until December, justice, on the other hand, is a “long and difficult process” in a country just emerging from a decade of conflict, said Adeeb. To her, the new GNU is “unique in Libya, given its number of female ministers." 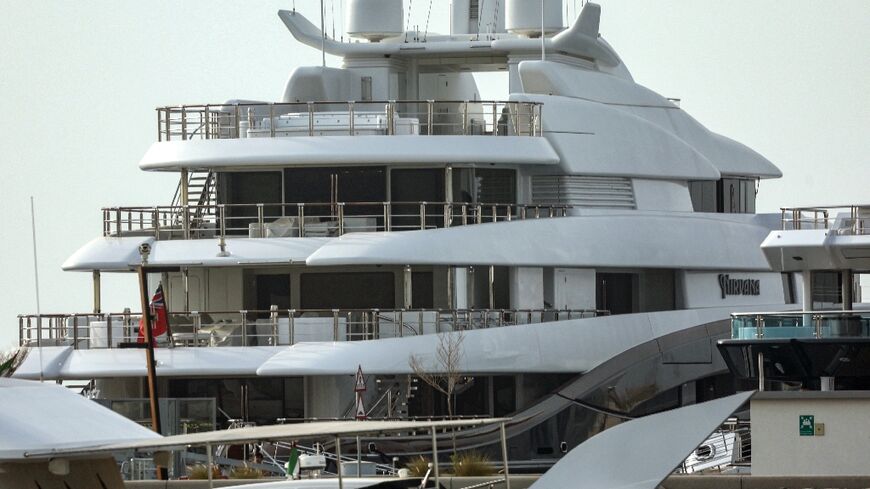 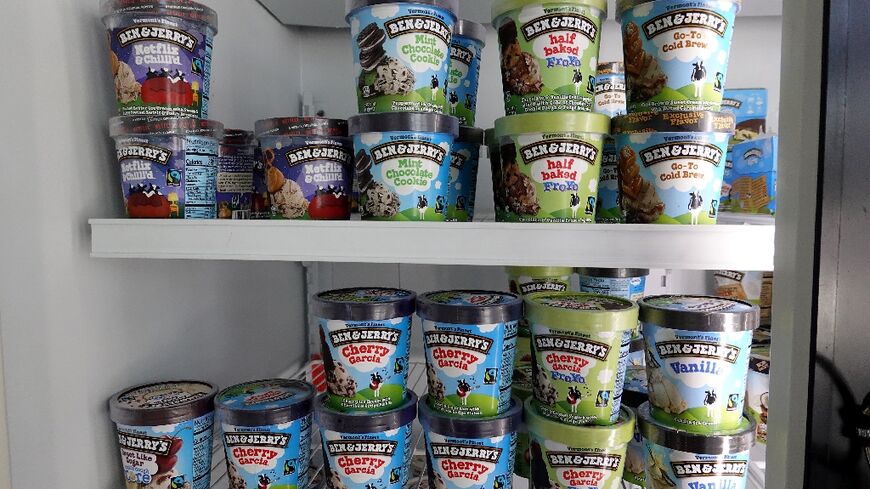