Holding Libyan elections this year could be disastrous

There's a lot of pressure to hold elections in Libya this year, but many observers fear the country is still too unstable to pull it off without making the situation even worse. 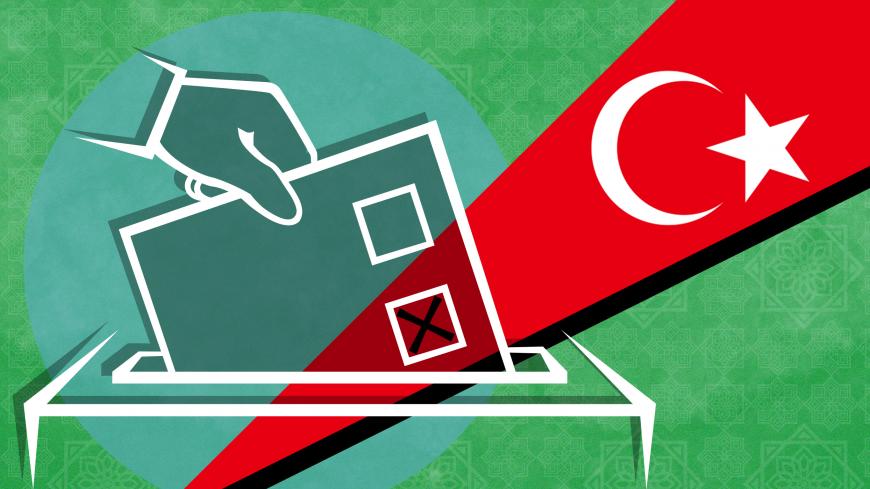 The global community and several Libyan politicians are pushing for Libyan elections by the end of this year, despite the danger of plunging the country torn by civil war deeper into turmoil. Ghassan Salame, the UN envoy to Libya, supports the proposed elections but warned that myriad conditions still need to be met before sending Libyans to the ballot box.

The primary requirement, he told reporters last month in the capital of Tripoli, is adopting a new constitution that all Libyans can stand behind. Without one, parliamentary elections risk prolonging the political deadlock that has crippled the country.

Yet Tarek Megerisi, a Libyan analyst and a visiting fellow at the European Council on Foreign Relations, told Al-Monitor several countries are lobbying local politicians to have elections whether Libya has a constitution or not.

“Some countries see elections as a way to propel the party they are supporting into power. Other nations have economic ambitions in Libya, and they need a legal body to sign big contracts. But none of these countries really care for the stability of [Libya],” Megerisi recently said by phone.

A Western diplomat recently told the BBC that France is one of the countries pushing hardest for elections despite the lack of security in the country. Not only are militias such as the self-proclaimed Libyan National Army (LNA) — which controls the eastern part of the country from Tobruk — undermining civilian institutions, but porous borders have also enabled tens of millions of arms to enter the country.

“The problem with having elections so soon is that there are no avenues for people to dispute the results. And if some militias say that the result isn't in their favor, then they won’t accept it,” Megerisi said.

LNA head Gen. Khalifa Hifter even told the French Pan-African magazine Jeune Afrique that he will take the country by force if he doesn’t like the election results.

Hifter has hinted that he would run for election, though not all of his supporters say they will vote for him. Omar Kharoubi, one of the founders of the LNA foreign media office in Benghazi, told Al-Monitor he prefers Hifter as head of Libya’s military.

“Hifter is a good guy, but he’s good with guns,” said Kharoubi. “He’s a military man, but not a guy to run the politics of the country.”

Hifter could nonetheless prevent anyone from running against him in areas under LNA control, and some may already face targeting for electoral aspirations. On Jan. 4, unknown gunmen assassinated Salah al-Qatrani, an education official, outside his home in the Benghazi suburb of El-Biyar. And while there was no stated motive, Qatrani was killed just days after announcing his intention to run in parliamentary elections.

Militias from the western port city of Misrata that are nominally aligned with the UN-backed Government of National Accord in Tripoli are also obstructing the pathway to elections. Salame, the UN envoy, has stated that all of Libya’s 165,478 internally displaced persons need to be returned to their villages before elections are held. One major priority is to return the 40,000 people who were driven from Tawergha by Misrata fighters in 2011 during the uprising in which Libyan strongman Moammar Gadhafi was deposed and then killed. Since that time, the Tawerghans — who had supported Gadhafi — have been living in tents in desert camps.

In August 2017, the UN brokered a reconciliation between the Tawerghans and Misrata forces allowing for the former to be allowed to return. But shortly after the Government of National Accord tried to enforce the agreement Feb. 1, Misrata fighters blocked thousands of Tawerghans from returning to their homes. The setback was a reminder that Libya’s institutions are at the mercy of militias.

“Some militias in Misrata were against the idea that the [Tawerghans] should come back. But I think it’s time for them to return,” said Abdel Hamed Ishra, a fighter with a group in Misrata called al-Tayyar al-Watani.

When Al-Monitor asked Ishra whether he would support elections by the end of the year, he said, “I don’t think there can be an election right now or anytime soon. We can’t have elections when Libya has no single authority and everybody has guns.”

Zahra Langhi, co-founder of the Libyan’s Woman Platform for Peace, agreed. Instead of elections, she said, Libya needs to adopt a constitution that is inclusive of women and minorities. She advocates amending Libya’s first constitution from 1951 so that it reflects today's realities. That document is still considered progressive by many observers because it enshrines human rights.

The next steps, Langhi said, would be to unify the country’s institutions and build social cohesion in fragmented communities.

“I’m not in favor of elections at a time when Libya is experiencing so much insecurity, trauma and anarchy,” she told Al-Monitor. “Libyans need to resolve the constitutional issue first. Stability won’t be achieved through another election. It can only be achieved if we undergo a state-building process.”

Memories of Libya’s last election in June 2014 are still fresh in Langhi’s mind. It was during that period that her close friend and co-founder of Libyan’s Woman Platform for Peace, Salwa Bugaighis, was murdered in her home by unknown gunmen, presumably for encouraging Libyans to vote.

Libya descended into the current civil war in 2014 after the General National Congress — which had been in charge — was voted out but refused to step down. The House of Representatives, which won the election, was forced to relocate to the far eastern city of Tobruk. Libya might suffer an even worse fate, Langhi warned, if people are pushed to the ballot box too soon.

“If Libya has elections at the end of 2018, then we would be repeating a terrible mistake,” she told Al-Monitor. "I’m certain that the election wouldn’t result in a peaceful transition of power."