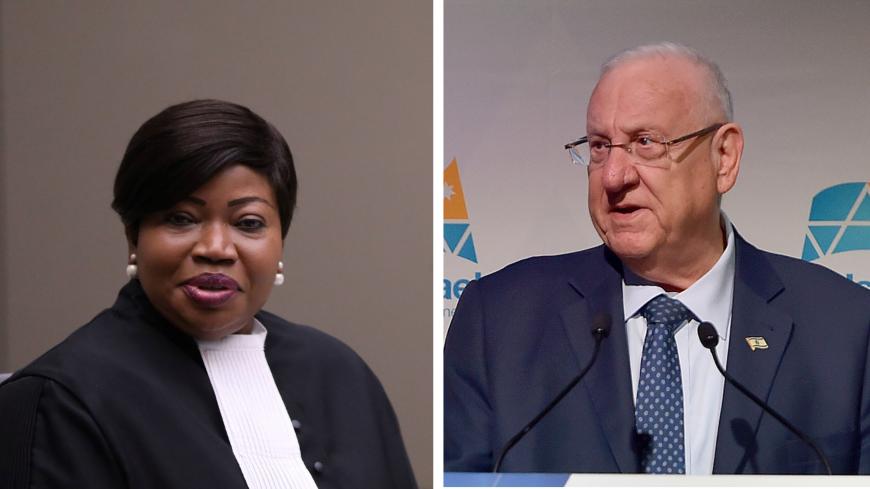 Israel’s leadership has been preparing itself for some time for International Criminal Court prosecutor Fatou Bensouda's decision to open an investigation over alleged war crimes in Gaza and the West Bank. Still, Bensouda’s announcement sent shock waves through Israel and abroad, generating livid reactions from Israeli lawmakers across almost the entire political map.

Prime Minister Benjamin Netanyahu set the tone, tweeting a video where he said, "The decision of the international court to open an investigation against Israel today for war crimes is absurd. It's undiluted antisemitism and the height of hypocrisy. Without any jurisdiction, it decided that our brave soldiers, who take every precaution to avoid civilian casualties against the worst terrorists in the world who deliberately target civilians, it's our soldiers who are war criminals. … This court, that was established to prevent the repetition of the Nazi horrific crimes committed against the Jewish people, is now turning its guns against the one and only state of the Jewish people,’’ said Netanyahu.

Benny Gantz, who serves both as defense minister and justice minister, said the decision was a "reward for terrorism.’’ His Blue and White party colleague Gabi Ashkenazi, who is Israel's foreign minister, tweeted that the decision was "an act of moral and legal bankruptcy. It is a political decision that turns the court into a tool in the hands of extremists who back terrorist organizations and antisemitic bodies.’’ Both Ashkenazi and Gantz served as chiefs of staff of the Israel Defense Forces (IDF).

Opposition leader Yair Lapid of the Yesh Atid party adopted a tone not unlike Netanyahu’s, calling the decision an “anti-Semitic disgrace” that would “deepen the conflict and encourage Palestinian intransigence.” He also said that he is proud of Israel’s army and that Israel would never allow any international court to judge its soldiers.

Even the leader of the left-wing Meretz party, Nitzan Horowitz, did not outright welcome the decision. Instead, he blamed settlement construction and right-wing lawmakers for “dragging” Israel to the ICC, saying that “continued settlement and building and threats of annexation endanger Israel and turn it into a war crimes defendant.”

But the most revealing statement was that of President Reuven Rivlin, usually cautious about interfering with political issues. “The decision of the International Criminal Court at the Hague to commence investigations against the State of Israel is scandalous. We will not accept claims against the exercise of our right and our obligation to defend our citizens. … We are proud of our soldiers, our sons and daughters, the essence of our people, who stand guard for their country generation after generation,” Rivlin said.

Clearly, Israel feels under attack. It’s a small country, where military service is obligatory. Practically every family has a son or a daughter serving in the IDF. The military service network is central in friendships, education and careers. For many Israelis, soldiers are the red line. This explains why for Israelis, the ICC prosecution’s decision is tantamount to a declaration of war.

Jerusalem considers Bensouda personally responsible for the decision. She explained in her announcement the very many moves she made since 2019 on the way to this final act. Bensouda will soon finish her nine-year term in office. Her replacement has already been appointed. It is British lawyer Karim Khan. Jerusalem had hoped that with the end of her term approaching, Bensouda would leave the Israel-probe issue for her successor to decide upon. Indeed, even though Israel is not member of the ICC, it tried pushing behind the scenes for Khan to be picked for the job. Khan has no ties to Israel or to Judaism, but Jerusalem estimated he would be a more professional and less political figure than Bensouda.

Be that as it may, Bensouda decided to go ahead with the decision. For Jerusalem, this was further proof that Bensouda was politically motivated.

Last but not least on Jerusalem’s list of concerns is Washington. Like Israel, and for somewhat similar reasons, the United States is not member of the ICC. Last year, Washington decided to sanction ICC officials, including Bensouda. But that was under the presidency of Donald Trump. Washington under President Joe Biden is not expected to join the ICC, but the new administration might try to warm up America’s very chilly relations with this international institution. Jerusalem now fears that Washington won’t stand by its side in its upcoming battle against the ICC.