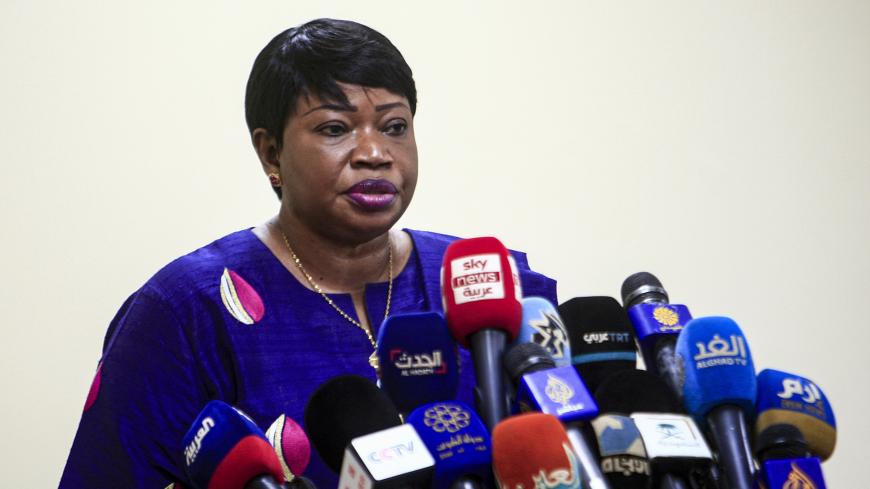 Bensouda called on Palestinian and Israeli victims and affected communities to be patient, noting, "The ICC is not a panacea, but only seeks to discharge the responsibility that the international community has entrusted to it, which is to promote accountability for Rome Statute crimes, regardless of the perpetrator, in an effort to deter such crimes."

In a first reaction, Prime Minister Benjamin Netanyahu slammed the decision as "hypocrisy and anti-Semitism." Foreign Minister Gabi Ashkenazi tweeted, "The decision by the ICC chief prosecutor to open an investigation is an act of moral and legal bankruptcy. It is a political decision that turns the court into a tool in the hands of extremists who back terrorist organizations and antisemitic bodies."

Bensouda’s decision to open a probe follows the ICC's Feb. 5 ruling extending its jurisdiction to "the territories occupied by Israel since 1967, namely Gaza and the West Bank, including East Jerusalem." Thus, the court opened the door for Palestinians to submit complaints over war crimes allegedly committed by Israel or by individual Israelis. Of note, Israel is not a signatory to the Rome Statute, the legal basis for the establishment of the ICC.

Yesterday, before Bensouda’s announcement, Defense Minister Benny Gantz, who is also Israel's justice minister, addressed the possibility of the ICC prosecuting Israelis. Interviewed by Reuters, Gantz estimated that hundreds of Israeli citizens might be subject to ICC probes, himself included. Prior to his political career, Gantz served as IDF chief of staff, including during the 2014 Gaza war. “I was never afraid to go across enemy lines," he said. "I will continue to stand wherever I have to.”

The minister called the ruling a “negative development,” adding, “We have our own teams working” to try to influence the ICC. He also noted that Israel will provide legal assistance to any implicated Israelis and will give them legal warnings regarding traveling abroad if necessary.

Gantz was addressing the possibility of international arrest warrants issued by the court against Israeli citizens. Israelis have faced such difficulties in the past from foreign governments. Former Foreign Minister Tzipi Livni was forced to use a legal loophole to avoid possible arrest while visiting London in 2015 in relation to the 2008-2009 war in the Gaza Strip. In 2003, Belgium's high court ruled that then-Prime Minister Ariel Sharon could be tried for war crimes under the nation's universal jurisdiction law, but not while he enjoyed the immunity of his office.

Shortly after the ICC's Feb. 5 ruling, Ashkenazi launched a diplomatic blitz, calling counterparts in countries considered friendly to Israel such as Germany and Hungary. He asked them to pressure the court to retract its decision and denounce the ruling as political persecution of Israel.

Netanyahu accused the court of prejudice, tweeting, "When the ICC investigates Israel for fake war crimes — this is pure anti-Semitism. The court established to prevent atrocities like the Nazi Holocaust against the Jewish people is now targeting the one state of the Jewish people." Netanyahu also urged US President Joe Biden not to lift sanctions imposed on ICC officials by the administration of former President Donald Trump.