With the coronavirus spreading, Israel’s political echelon paid no attention to the announcement by ICC prosecutor Fatou Bensouda about charging Israel for war crimes. 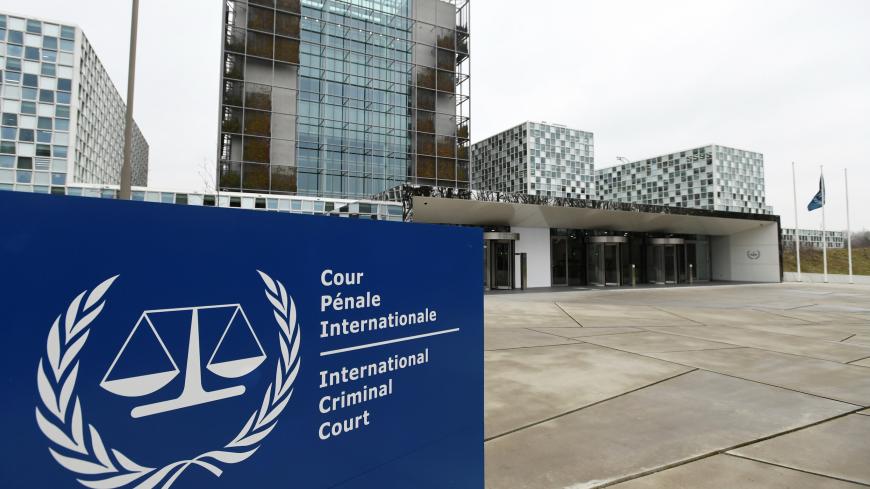 Israeli politicians and media seemed to ignore an announcement April 30 by prosecutor Fatou Bensouda of the International Criminal Court (ICC)  in The Hague, maintaining that she still has the authority to investigate Israel Defense Forces (IDF) war crimes in Palestinian territories. Her statement looks like it slipped completely under their radar.

Under normal circumstances, Prime Minister Benjamin Netanyahu would not miss a chance to attack the ICC and its prosecutor in the harshest possible terms, even claiming that it was motivated by anti-Semitic, pro-Palestinian sentiments. This time, however, he ignored the new development. In all of his dynamic statements over the last few days, especially on social media, he focused instead on Israel’s successful efforts in dealing with the COVID-19 pandemic. Inevitably, he also brought up the slew of congratulations he received in honor of Israel’s Independence Day. The one thing that was conspicuously absent was any mention of Bensouda’s announcement.

This certainly is unusual. By way of comparison, when Bensouda announced in December that there were grounds to open an investigation against Israel for serious war crimes in Gaza, the West Bank, and East Jerusalem, Netanyahu was the first to respond. And he did it from every possible podium.

“This is a dark day for truth and justice. The prosecutor completely ignored the weighty legal arguments we presented to the court. It is scandalous and baseless,” Netanyahu said sternly in a video clip he released in response. Addressing world leaders, he went on to say, “New edicts are being cast against the Jewish people — anti-Semitic edicts by the International Criminal Court telling us that we, the Jews standing here next to this wall ... in this city, in this country, have no right to live here and that by doing so, we are committing a war crime. It’s absurd.”

Back then, Netanyahu waged a diplomatic campaign against the court. He wasn’t the only one either. Israel’s integrated, multifaceted attack on Bensouda’s decision also involved senior ministers and leading legal experts. All of them claimed that the prosecutor’s arguments had no merit. Her motives had been politicized, they claimed, and should, therefore, be dismissed out of hand. Attorney General Avichai Mandelblit released a brief contending that the ICC had no legal authority in the territories, since the Palestinian Authority is not a sovereign state.

At the time, the Israeli media also dealt extensively with the dramatic decision, analyzing all of its possible implications. One of the most serious implications could be the possible arrest of a number of senior Israeli security officials when (if) leaving the country, including former chiefs of staff and other senior IDF officers. This could have included the current leaders of the Blue and White party, Benny Gantz and Gabi Ashkenazi. At the same time, several media outlets published all sorts of in-depth investigations into Bensouda’s allegedly problematic past. Some of them described her as power-hungry, as a woman who served loyally the military dictatorship in her home country, Gambia, and even claimed she was involved in systematic violation of human rights there.

This time, the only minister to respond to Bensouda was Minister of Energy Yuval Steinitz of the Likud, who coordinates the inter-ministerial efforts to deal with the ICC. “As someone who keeps close tabs on developments in the International Criminal Court in The Hague, I am forced to conclude that the prosecutor continues to pursue a clear anti-Israel policy, under the influence of the Islamic nations and BDS [boycott Israel] movements around the world.” Steinitz also wrote, “The prosecutor’s decision to ignore the legal opinions of some of the top experts in international law anywhere in the world indicates how determined she is to hurt and defame the State of Israel. To that end, she has reformulated the rules of international law and invented a Palestinian state before the conclusion of the Palestinian-Israeli peace process and negotiations.” He went on to say, “Israel will continue to take pride in the fact that it is the only liberal democracy in the Middle East. It firmly rejects any baseless efforts to defame the country and harm its soldiers and citizens.”

In December, Bensouda called for the investigation of Israel on three separate issues: IDF war crimes in Gaza during Operation Protective Edge (2014); the expansion of West Bank settlements in 2014; and the IDF’s firing at Palestinian demonstrators along the Gaza border. She also called for the investigation of Hamas crimes against the Palestinian residents of Gaza in 2014. In her brief, she wrote, "There is a reason to believe that war crimes were committed in the context of the 2014 hostilities in Gaza.’’ Bensouda added that there are also grounds to believe that the IDF "intentionally launched disproportionate attacks in relation to at least three incidents which the ICC has focused, as well as intentionally directing an attack against objects or persons using the distinctive emblems of the Geneva Conventions."

On April 30, Bensouda responded to an amicus brief by groups opposed to the investigation of war crimes in the territories, including Israeli nongovernmental organizations. She said she still demands the launch of an investigation, and asked the court to decide on its parameters. In other words, she hasn’t altered her position.

What, then, would explain Israel’s unusually tepid response to developments in The Hague? According to Alon Pinkas, a former Israeli consul in New York, the reason is simple. International attention is focused elsewhere, at least for now.

Pinkas told Al-Monitor, “The question of whether Palestine is a state is legally ambiguous. De jure, it is a state, given that it has been recognized as such by the United Nations. On the other hand, it does not have internationally recognized borders or absolute and sole sovereignty. Ostensibly, it could file charges against Israel, both in theory and in practice. On the other hand, the essence of the issue here is political, not legal. What this means is that it is more a matter of public relations than any real legal considerations. As such, Israel can certainly find itself facing Palestinian charges in The Hague, should it decide on the unilateral annexation of parts of West Bank Area C without explicit Palestinian consent.”

A senior Likud minister in the emerging coalition, who usually looks forward to opportunities to attack the ICC, explained why he has not responded to Bensouda’s announcement this time. Echoing Pinkas’ remarks, he said, on condition of anonymity, “The world isn’t paying attention. Everyone is focused on COVID-19 and the economic crisis. The same is true of Israel. No one is interested. Besides, we are already caught up in a political imbroglio. There is still no government, and there are plenty of other things on the agenda.”