Israel's prime minister lashed out at the International Criminal Court after it ruled that its jurisdiction includes the West Bank and Gaza Strip, pointing out that the court was created in part to protect the Jewish people. 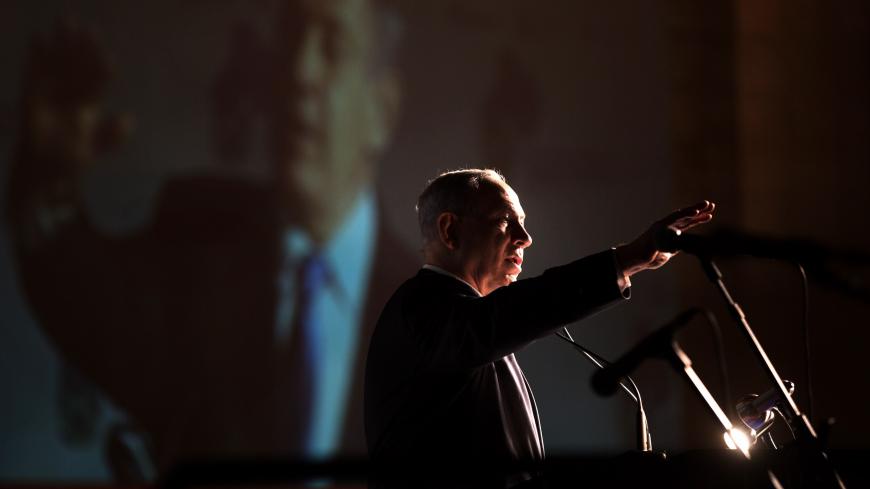 Israeli Prime Minister Benjamin Netanyahu delivers a speech at the 5th Global Forum for Combating Anti-Semitism conference at the International Convention Center in Jerusalem, on May 12, 2015. - MENAHEM KAHANA/AFP via Getty Images

On Feb. 5, the International Criminal Court (ICC) ruled that its jurisdiction extends to "the territories occupied by Israel since 1967, namely Gaza and the West Bank, including East Jerusalem.’" Thus, the court opened the door for Palestinians to submit complaints over war crimes allegedly committed by Israel and prosecutors could now investigate alleged war crimes during the 2014 Gaza war and the construction by Israel of West Bank Jewish settlements.

The ICC ruling stirred much anger in Israel. Prime Minister Benjamin Netanyahu accused the court of prejudice, tweeting, "When the ICC investigates Israel for fake war crimes — this is pure anti-Semitism. The court established to prevent atrocities like the Nazi Holocaust against the Jewish people is now targeting the one state of the Jewish people." He went on, "First, the ICC outrageously claims that when Jews live in our homeland, this is a war crime. Second, it claims that when democratic Israel defends itself against terrorists who murder our children and rocket [sic] our cities — we are committing another war crime," and added, "Yet the ICC refuses to investigate brutal dictatorships like Iran and Syria, who commit horrific atrocities almost daily."

Other Israeli politicians followed suit. Yamina leader Naftali Bennett called the ICC a sham. The former defense minister, who also served as a commander in an elite IDF units, tweeted, “As defense minister, I ensured that nobody would tie the hands of our soldiers who risk their lives to protect us. … If it’s true that the ICC is making a list of so-called Israeli suspects, I ask that my name be put on the top."

Israel’s Foreign Ministry tweeted, “The judges’ decision rewards Palestinian terrorism, as well as the refusal of the Palestinian Authority to return to direct negotiations with Israel, and will further polarize both sides." In a follow-up post it wrote, "We call upon all nations that value the international legal system, and object to its political exploitation, to respect the sovereign rights of states not to be subjected to the Court’s jurisdiction."

The Israeli press joined the fray with several articles focusing on outgoing ICC prosecutor Fatou Bensouda, accusing her of bias and a personal agenda against Israel. The Jerusalem Post noted that the identity of the next ICC prosecutor will be critical for Israel: "Current ICC Prosecutor Fatou Bensouda steps down from her nine-year term on June 15, but her successor has not yet been selected. It is that successor who will be in power when the key decisions are made about Israel’s future in the six-year-long war-crimes controversy with the ICC."

Israel has been preparing for the eventuality since before Bensouda brought up the issue in 2019. Israeli efforts accelerated after Bensouda's Dec. 20 announcement that she had found a “reasonable basis” to suspect Israeli war crimes were committed in the West Bank and the Gaza Strip and was seeking a court ruling on opening investigations.

The Israeli Foreign Ministry and the Israel Defense Forces have been particularly preoccupied with the matter. The Israeli military had appointed Maj. Gen. Itai Veruv to coordinate all aspects of the legal battle and to head a team of specialists, including an expert in international law. Still, no major decisions have reportedly been made yet and no Israeli defense attachés abroad have been instructed to return to Israel. With Israel currently under a nationwide lockdown and the airport still closed, the possibility of Israeli officers charged while traveling abroad is less relevant for the moment.

Other reports say the Foreign Ministry has instructed several of Israel's embassies to urgently request that their host countries deliver discreet messages to the ICC. Ambassadors stationed in countries considered Israel's allies have reportedly been instructed to reach out to heads of states and foreign ministers asking for statements of opposition to the court’s decision. Last year, Germany, Hungary and the Czech Republic supported Israel against a possible ICC investigation. The three countries submitted a legal opinion positing that court has no jurisdiction to investigate the Israeli-Palestinian conflict.

Foreign Minister Gabi Ashkenazi spoke this evening with US Secretary of State Anthony Blinken over the phone. The ICC was one of the issued discussed between the two men. Ashkenazi tweeted after the phone call that he thanked Blinken for the administration’s public support of Israel in the face of the ICC decision. "I emphasized to the Secretary of State that the tribunal's decision is fundamentally wrong, discriminatory, And that it jeopardizes the rare opportunity to promote peace in our region." Neither Israel nor the United States are members of the ICC.