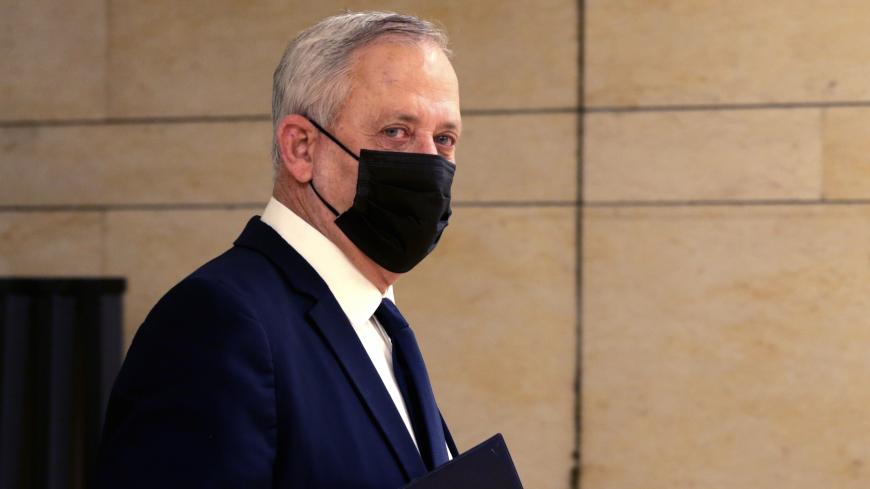 Gantz’s comments come as the Biden administration considers its options for resuming negotiations on the 2015 Iran nuclear deal, known as the Joint Comprehensive Plan of Action, or JCPOA. Israeli officials, chief among them Prime Minister Benjamin Netanyahu, have opposed the deal, calling it insufficient for preventing Tehran from obtaining a nuclear weapon in the long term.

“If the world stops them before, it’s very much good. But if not, we must stand independently and we must defend ourselves by ourselves,” Gantz told Fox News in an interview Thursday.

It is not the first time a member of Netanyahu’s government has signaled Israel’s preparedness to strike Iran unilaterally. Israel Defense Forces Chief of Staff Aviv Kochavi revealed in January that he had instructed the military to come up with new operational plans to knock out Iran's nuclear sites.

Israeli officials previously floated the idea during the Obama administration as the United States pursued talks with the Islamic Republic. US officials reportedly interpreted the warning as a scare tactic, as the limitations of Israel’s air force would make such a move extremely risky, given the significant distance to the targets and Iran’s array of air defenses.

“It would be a massive preparatory effort to ensure they can even get to the target. It would be casualty-producing,” a former senior US official directly familiar with the matter told Al-Monitor late last year.

“You would require so many American military assets that you might as well just call it our operation. And there would be no guarantee of success,” the former official said.

The Donald Trump administration unilaterally abandoned the JCPOA in 2018. Iran eventually responded by publicly violating the agreement, increasing its uranium enrichment beyond limits allowed by the deal.

During his final days in office, Trump asked his top advisers about options for a US attack on Iran’s nuclear sites. Secretary of State Mike Pompeo and Gen. Mark Milley, the chairman of the Joint Chiefs of Staff, were reportedly among the officials who opposed the option of striking Iran.

The Islamic Republic has expanded its drone, cruise and ballistic missile capabilities in recent years. US and Israeli officials grew increasingly concerned during the Trump administration that Tehran was passing the technology to proxy militias in Iraq, Syria and the Houthi rebels in Yemen, putting the weapons within striking range of Saudi Arabia, Israel and other US partners in the region.

The United States has provided support for Israel’s air campaign against suspected Iran-linked targets in Syria since 2018. Meanwhile, Israel is seeking to extend the range of its air force with new refueling tankers from the United States.

Iranian leaders have publicly refused to discuss the country’s ballistic missile program and regional influence campaign as part of proposed talks over a return to the JCPOA.

The Biden administration has said Iran’s conventional strike capabilities should be included in follow-on talks once the nuclear issue is tackled.

Iranian Foreign Minister Mohammad Javad Zarif on Friday said he will convey to Western officials his government's "plan of action" for potential next steps in establishing negotiations.

by Murielle KASPRZAK and Joseph SCHMID | AFP | May 26, 2022
END_OF_DOCUMENT_TOKEN_TO_BE_REPLACED