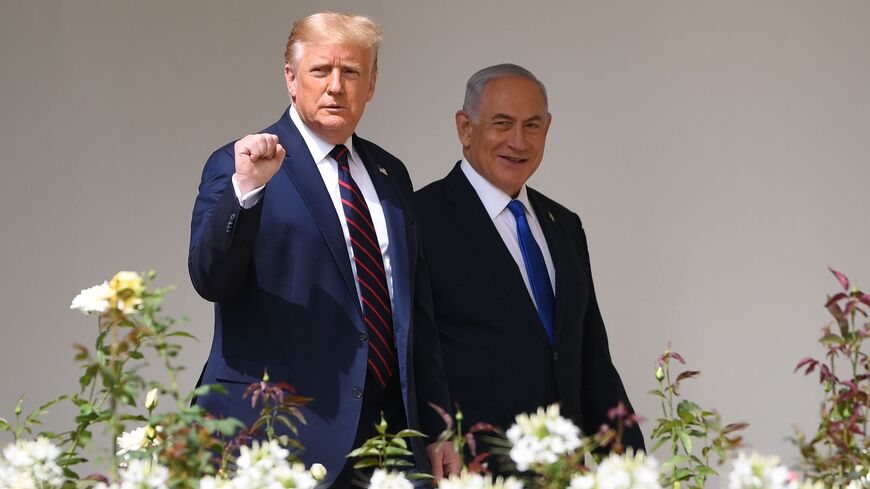 Netanyahu’s prompting came as Trump repeatedly asked senior advisers about options to strike Iran in retaliation for small-scale attacks on US troops in the region. The inquiries triggered significant concern among senior officials, including Chairman of the Joint Chiefs of Staff Gen. Mark Milley, who is still serves in that role.

“If you do this, you’re going to have a fucking war,” the report quotes Milley, the president’s top military adviser, as warning.

While Milley’s opposition to Trump’s impulse to strike Iran has been briefly reported before, Netanyahu’s role in the tensions have not.

Netanyahu’s government threatened to strike Iran in private conversations with US officials before, most notably as the Obama administration sought nuclear talks with Tehran. Former US defense officials have told Al-Monitor that even a joint US-Israeli strike against Iran would almost certainly ignite a conflict between the countries and possibly a wider regional war.

Iran possesses significant air defenses that would need to be knocked out in the event of a deep air raid into the country. That, a former defense official told Al-Monitor last year, “would be casualty-producing.” Iran would also likely respond with ballistic missile and drone attacks on sites housing the thousands of US forces in the region, as Tehran has demonstrated in recent years.

According to the report, Netanyahu urged Trump to conduct a strike “after it was clear that Trump had lost the election.”

During a meeting in the Oval Office on Jan. 3, the outgoing president finally agreed to abandon the idea after renewed dissuasion from his top advisers, who told him it was “too late” to hit the Iranians. Secretary of State Mike Pompeo was among those discouraging the idea.

Susan Glasser’s story comes amid a flurry of recent news reports portraying Milley as a pillar of democratic norms in the chaotic final days of Trump’s term. Her report was not independently confirmed by Al-Monitor. According to Glasser, it emerged from nearly 200 interviews for a forthcoming book that she is working on with New York Times reporter Peter Baker.

The revelation is likely to renew questions about just how close Trump’s administration brought the United States to war with Iran and who else may have had the president’s ear on the subject. Netanyahu, who left office last month after 12 consecutive years in office, repeatedly opposed US efforts to reach an agreement with Iran to curtail its nuclear program.

Israeli officials have seen the 2015 nuclear agreement — which Trump unilaterally walked out of with Israeli and Saudi support — as insufficient to curb Tehran’s growing military influence in the region.

The Trump administration covertly supported Israel’s airstrike campaign against Iranian-linked targets in Syria in an attempt to prevent sophisticated Iranian military hardware from being placed near Israel’s borders.

Biden administration officials have sought to return to the deal, seeing Trump’s abandonment as only worsening Tehran’s aggressive moves in the region.