Few women on party lists for upcoming elections in Israel

Ahead of the March 23 elections, only one party has a woman to lead it and it is only that same party that offer a gender-equal list for the next Knesset. 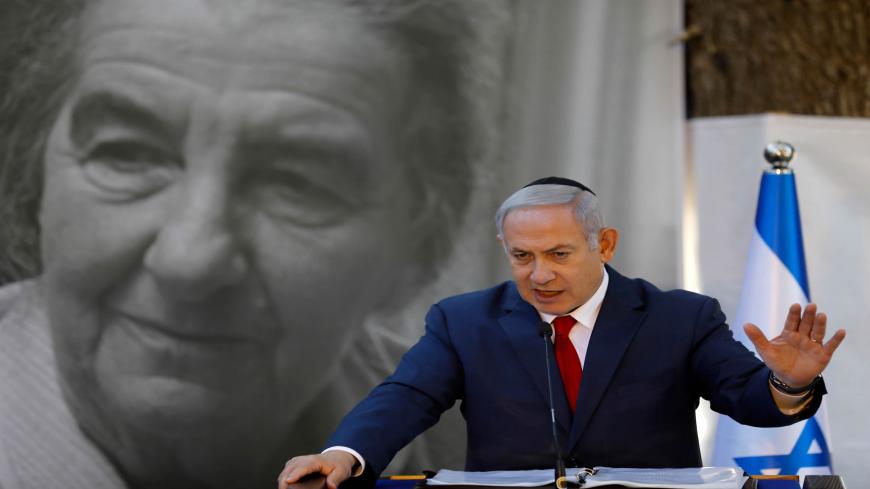 The excitement could be felt all across Israel. On March 1, it was reported that US entertainment giant MGM will produce a new miniseries about the life of Golda Meir, the only woman to date to serve as prime minister in Israel. Barbara Streisand, another famous Jewish woman, would produce the series, based on the book “Lioness” by the American-Jewish author Francine Klagsbrun. Israeli actress Shira Haas would play the role of Golda.

Israelis have good reason to take pride in Golda Meir. She remains an international icon of female political leadership, more than 50 years since she was first sworn in as prime minister in 1969. She was a trailblazer — only the third woman to serve as head of government anywhere, and she presided over a government made up entirely of men, including the three heads of Israel’s security establishment, the directors of the Mossad and Shin Bet, and the chief of staff of the Israel Defense Forces.

It was truly a remarkable achievement, but it did not portend what lay ahead. The situation of women in Israeli politics is hardly promising this year, on International Women’s Day, March 8, 2021, just two weeks before the upcoming March 23 election.

True, women have taken enormous strides forward in other fields, filling key positions in the legal system, the economy and even the military. Esther Hayut is president of the Supreme Court, and she is not the first woman to hold that position. Women head banks and major venture capital firms. They are even breaking through barriers in the defense establishment: Katy Perry, for instance, recently became the first woman to head the Israel Prison Service.

All of this is why even a precursory glance at number of women currently running for Knesset and their positions on the various lists is so frustrating. Today, only one party — the Labor party — is headed by a woman, Knesset member Merav Michaeli. True, it is an impressive achievement, but Labor — the party headed by Golda half a century ago — is now a minor party, not even in the running for the office of prime minister.

Furthermore, there are parties in Israel that have no women whatsoever on their lists for the upcoming elections, apparently because of their religious worldview. These are the two ultra-Orthodox parties — Shas and Yahadut HaTorah — and the Ra’am party of Mansour Abbas, which has an Islamic religious orientation (though Ra’am does have one woman currently as Knesset member).

Nor has there been much improvement since Golda’s day in the other positions filled by women in the Knesset and government, with women underrepresented in every Israeli government. An extreme example of this is the security Cabinet, which usually includes just one woman, if any. No woman has ever served as finance minister, defense minister or internal defense minister. In fact, the most senior positions held by women in the Cabinet have been foreign minister (Golda Meir and Tzipi Livni) and justice minister (Tzipi Livni and Ayelet Shaked).

Israel may be a progressive, high-tech nation, but compared to other advanced democracies, the situation of women in politics is dire, and that’s putting it mildly. The most current data concerning the parliamentary representation of women in Organization for Economic Co-operation and Development states ranks Israel 26 out of 37. With a sharp decline in women’s representation anticipated after the upcoming election, even that number is expected to drop sharply.

If there is one ray of light, it is that the representation of women in the Knesset does seem to be improving. In other words, more women have been elected to the Knesset in the last few elections than at any time in the past. So, for instance, while there were only 11 women in the first Knesset, the current, 23rd Knesset, has 30 women, i.e., 25% of all Knesset members.

But even this achievement could be blocked. Based on an analysis by Asaf Shapira, head of the Program for Political Reform, a sharp decline in the number of women serving in the next Knesset is likely. Based on his analysis, the party with the most women filling realistic slots on its list is the Labor party (57%), followed by Meretz (40%), Yesh Atid (35%), New Hope (35%), Religious Zionist party (30%), Yamina (27%), Arab Joint List (23%), Likud (22%), and Yisrael Beitenu (11%). As mentioned, there are no women on the ultra-Orthodox parties’ Knesset lists.

Why hasn’t Israel’s political system given rise to another Golda? This question has been asked more frequently over the last few years. No woman has reached that position, and there is no female politician on the horizon who might serve as a future prime minister.

Livni came close to being Golda’s heir in 2009. She was a popular foreign minister, who ran as head of the Kadima party against Benjamin Netanyahu and the Likud, winning a total of 28 seats — one more than Netanyahu. But Netanyahu was more politically adroit than Livni; In the end, he managed to piece together a coalition. Some people contend that the ultra-Orthodox parties preferred to forge a political alliance with a man, and therefore turned their backs on Livni. While there is no basis for this claim, it has never been disproved either. In a political system in which the ultra-Orthodox parties wield much more power than they did in the days of Golda Meir, the ultra-Orthodox opposition could be an impediment to the rise of women at the highest levels of politics.

Another possible explanation is that Meir left politics battered and bruised as a result of the 1973 Yom Kippur War fiasco. As head of government at the time, she bore responsibility for Israel being taken by surprise in the attack and unprepared, both politically and militarily, for a traumatic event that changed the country forever. It is, therefore, possible, that Meir, a woman, is linked subconsciously with the greatest security fiasco that Israel ever faced.