Israeli women are shattering the glass ceiling of male-dominated politics in the Knesset and preparing for the upcoming municipal elections. 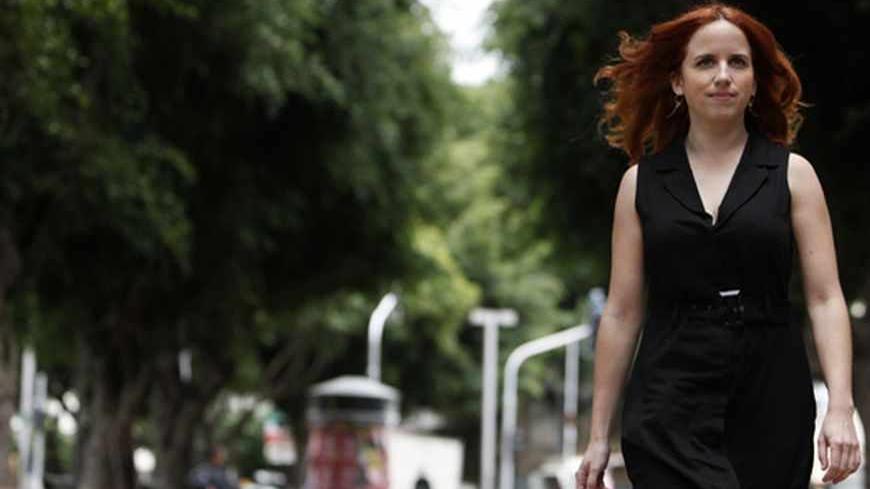 Thirty-seven women expect to run for mayor or head of local councils in municipal elections to be held on Oct. 22, while dozens more will try for council membership. If only a quarter of the contestants for the various positions will be elected, the results will still be considered a real revolution regarding the representation of women in local politics that is currently controlled by men.

Even according to pessimistic assessments, female representation in the local authorities will rise in the gamut of positions involved. But even now, the very fact that so many women are in the race points to a dramatic change on two levels: in the growing desire of women to influence the local arena and in the transformation of women into a sought-after brand in this arena, as part of the effect created by the social-justice protest movement in the summer of 2011.

The flowering of women’s participation in local politics — ushered in by the Hebrew New Year of 5774 which started on Sept. 6 — joins the positive trend that was also registered in national politics: 27 female Knesset members were chosen in the general elections of January 2013, thus setting an all-time record. To this, we add an additional achievement that I note here, even though it began in the previous Knesset: three women are heads of parties. Tzipi Livni, chairwoman of the Hatnua Party, Shelly Yachimovich, chairwoman of the Labor Party, and Zehava Gal-On, chairwoman of the Meretz Party.

Livni holds a key role in Prime Minister Benjamin Netanyahu’s government as justice minister, as the person in charge of negotiations with the Palestinians and as a member of the inner diplomatic security cabinet. In another arena, Yachimovich wages an impressive holding-defense battle vis-a-vis a coalition of men who united to depose her in the November primaries. Gal-On succeeded in rejuvenating a party that was on the verge of disappearing from the political map, and was led by men in recent years. Now the polls predict 12 mandates for Meretz.

True, the cup is still half empty: Only a quarter of Knesset members are women and only four women, out of 22 ministers, sit around the government table. Similarly, Israel of 2013 still has parties that exclude women a priori from membership. On the other hand, a comparative view points to the rising trend of female representation in every political framework over the last decade. Although it is not enough, it is a clear, positive trend that can illuminate the new year of 5774 in a positive light, in contrast to depressing forecasts for the year with regard to economics, security, expressions of racism, social polarization, discrimination and hatred of the "other" in Israel.

Almost all of the women elected to the 19th Knesset are prominent in their achievements and their serious intentions, including the following: Merav Michaeli, Michal Biran and Stav Shaffir from the Labor Party; Michal Rozin and Tamar Zandberg from Meretz; Penina Tamanu-Shata, Adi Koll and Yifat Kariv from Yesh Atid; and Shuli Mualem from HaBayit HaYehudi. All of these women diligently promote socioeconomic and civil legislation, in addition to commitment to a diplomatic agenda. Some have become rising stars in their parties.

In contrast to the impression that may appear from the outside, the Knesset halls do not sport a sexist atmosphere. Those kinds of phenomena are marginal. The cooperation of Gal-On and Yachimovich with the ultra-Orthodox party leaders is well-known and ongoing. Even Knesset members Moshe Gafni and Yakov Litzman from Yahadut HaTorah have expressed, in the past, that they would have no problem supporting a woman for premiership, and they mean what they say.

After Ehud Olmert resigned from premiership in 2008, when Livni conducted negotiations with the ultra-Orthodox in an attempt to form a government instead of going to elections, she was not disqualified by them for being a woman. Instead, the efforts failed because she would not accede to their precondition of canceling the cutbacks in child allowances. If she would have acceded to the ultra-Orthodox request, Livni would have become prime minister.

In the 2009 elections, the Israeli public again demonstrated — for the first time since Golda Meir from the Ma’arach Party [Labor-alignment party] was elected prime minister in 1969 and 1973 — that it had no problem with a female prime minister and granted Livni one mandate more than Netanyahu. But then again, Livni did not succeed in forming a government due to the advantage of the right-wing bloc and the agreement of the ultra-Orthodox to back Netanyahu. Livni struck out twice, but gender did not play a role in either of the instances.

The Livni example shows that the Israeli public is ready for a woman to assume the premiership despite the country's military/defense complexity. At that very point in time, Israelis tended to trust Livni much more than former Defense Minister Ehud Barak, who led the Labor Party in the 2009 elections. Barak used to scornfully call her “Tzipora” to negatively emphasize her gender, but this only caused damage to Barak as his gibe was viewed as irrelevant.

When we summarize the recent decade in politics, we can discern the following positive trends in female representation: a woman came very close to the premiership; women head important parties; the number of female Knesset members has risen; and now a quiet transformation is taking place regarding women in local politics. If we widen the circles a bit beyond the political court, we can add to the list the female leaders of the social protest movement, headed by Daphne Leef, who is considered the heart and personification of the protest to this very day.

Let's hope that the municipal elections in October will also constitute an important milestone for women in politics. The greater the achievement, the more it will serve as a future basis for an additional increase in women’s representation in national politics, in the Knesset and in the government.