Fighting for his political life after three inconclusive elections, Prime Minister Benjamin Netanyahu knows that the pandemic will determine his fate on March 23. 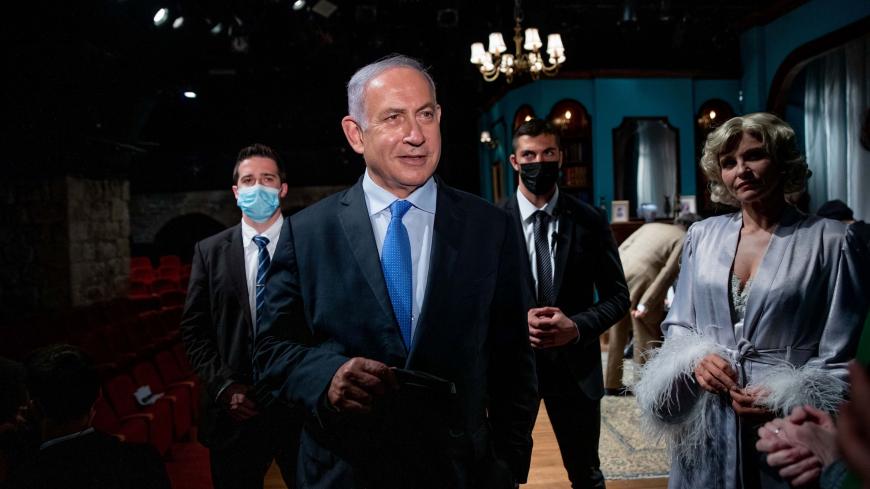 Pfizer CEO Albert Bourla couldn't have dreamed he would play a lead role in Israel’s ongoing election drama. He was scheduled to conduct an official visit to Israel this month [March 2021] and celebrate with Prime Minister Benjamin Netanyahu the success of the vaccination campaign. But on March 4, the pharmaceutical giant announced that Bourla’s visit had been postponed indefinitely. Someone had rained on Netanyahu’s parade.

Bourla was looking for somewhere to conduct a pilot of his company’s experimental vaccine, a state-of-the-art laboratory from which to test Pfizer’s pioneering technology on millions of people as quickly and efficiently as possible. Israel was the ideal test site and the deal was equally advantageous for both sides. Pfizer would prove to the world that its inoculations were safe and effective, while Israel would become the first country in the world to have most of its population protected from the deadly coronavirus and emerge in weeks from the horrors of the past year.

The prime minister, who has boasted of holding 17 phone calls with the Greek-American executive to nudge him into agreeing to the deal, is taking all the credit for the project, designed to immunize him against failure in the March 23 elections.

In the three elections since April 2019, Netanyahu billed himself as being in “a different league” than his rivals. His billboards featured him shaking hands with then-US President Donald Trump. With Trump gone, Netanyahu’s prospects hinge on the vaccine. When he found out that Bourla was not coming to provide him with a photo op, Netanyahu rushed to recite his talking points on Fox News this week, declaring with great fanfare that Israel has triumphed over the pandemic.

Senior Health Ministry officials and most experts disagree, warning that Netanyahu’s declarations are premature and Israel has a way to go. Netanyahu, fighting for his political life after three inconclusive elections and for his personal freedom under indictment for corruption, dismissed the skeptics. A sizeable group of Israelis are buying enthusiastically into his sales pitch. Netanyahu, according to his devoted followers, is the only candidate who could have saved Israel from the pandemic.

The Likud Knesset members and government ministers are echoing this message with glee. The polls do not show it yet, giving the Likud 27 to 29 Knesset seats, but the vaccines are widely perceived as his only path to the 61-seat Knesset majority he needs to stay in power.

Netanyahu’s opponents, determined to block his path, mounted a furious campaign in recent weeks to prevent Bourla’s visit. Thousands signed petitions and sent letters, arguing that the highly publicized visit would violate election propaganda restrictions. A petition was ready for filing with the Supreme Court when Bourla settled the controversy by postponing his trip. The official excuse was that Bourla and his entourage were not fully vaccinated — the CEO had said repeatedly he would not jump the queue and has so far received only one jab. Still, Israeli analysts believe the real reason for the postponement is clear: Pfizer has no intention of pulling Netanyahu’s chestnuts out of the fire. It has more important things to do.

Netanyahu was left with little choice but to replace the CEO at the last minute. On March 4 he hosted a brief visit by Austrian Chancellor Sabastian Kurz and Danish Prime Minister Mette Fredriksen, during which a trilateral cooperation agreement was signed on a vaccine research, development and production initiative. As his two guests showered Netanyahu and Israel with praise for the nationwide vaccination campaign, Netanyahu beamed at the cameras.

The coronavirus will undoubtedly determine the results of Israel’s fourth elections in less than two years as well as Netanyahu’s personal fate. Netanyahu had a simple plan in mind: Announce the lifting of all business, culture and social restrictions a week or two prior to the voting and ride the resulting euphoria to a Knesset majority.

However, newly emerging virus variants — the British, South African, New York and other mutations — have reached Israel and now account for most of the new COVID-19 cases (especially the British), putting a wrench in Netanyahu’s plans. The reproduction number — the R — has been rising, though fatalities are plunging. Netanyahu, usually an alarmist who dislikes risk, is blatantly ignoring the warning bells, giving top Health Ministry experts a cold shoulder.

Israel plans to allow the resumption of flights (albeit only for Israelis) and the reopening of restaurants, performances, gyms and other events on March 7.

For his fans, Netanyahu is a messiah who saved the people of Israel from certain illness and death. His opponents, spanning the political spectrum from Gideon Saar and his New Hope party on the right to supporters of Meretz on the left, regard him as a dictator determined to turn Israel into a parliamentary monarchy. They point to his unauthorized and uncoordinated vaccine diplomacy of recent weeks entailing the transfer of hundreds of thousands of vaccines to various countries as another part of Israel’s slide toward authoritarianism. Netanyahu also reportedly sent the leaders of Sudan five top-of-the-line respirators on the plane that took Intelligence Affairs Minister Eli Cohen on a historic visit to that North African country a few weeks ago.

“He decides everything on his own, does not update others, does not hold consultations, does not seek legal advice, it’s simply shocking,” a senior Israeli diplomatic source told Al-Monitor on condition of anonymity. “We have to be vigilant constantly to ensure he does not steal the horses behind our backs.”

Netanyahu’s fate will be determined on March 23. Right now, he is two or three Knesset seats away from 61 — if Yamina chair Naftali Bennett agrees to join him (which is hardly certain). However, the results may prove inconclusive yet again, forcing Israel into a fifth election. The option sounds both ridiculous and entirely logical, a reflection of the current state of affairs in Israel.